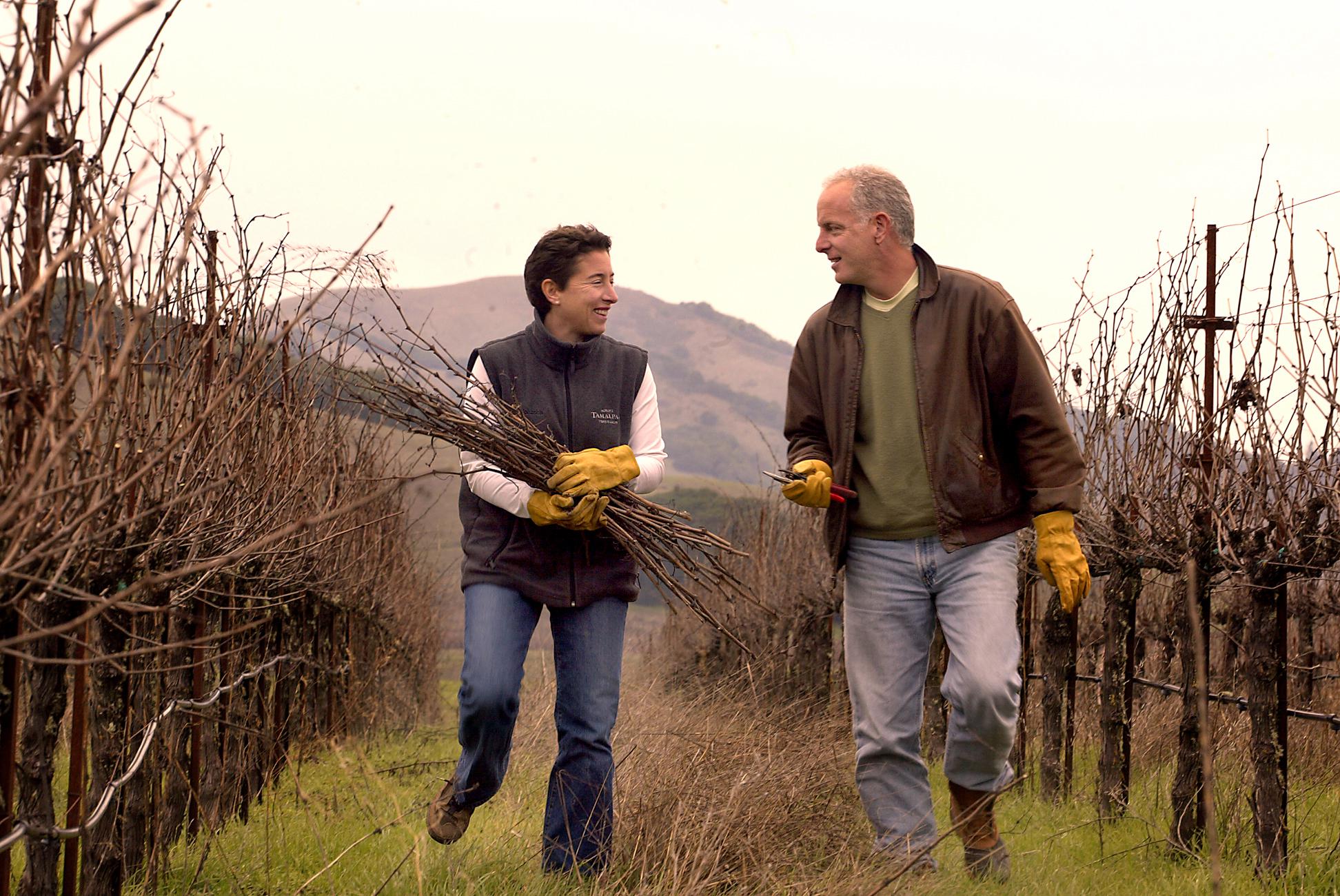 After 21 vintages of making wine from far-coastal Marin County, Pey-Marin Vineyards is coming to an end.

Wineries rarely close down entirely; more often, when an owner wants out, they sell. But Jonathan Pey, who founded Pey-Marin Vineyards with his late wife, Susan, in 1999, said that the extreme conditions of west Marin farming have simply gotten too punishing, in part due to climate change.

“Mother Nature sends you a message over the years,” Pey said. “She’s saying the vineyard’s really tired, it’s really old, there are fires. And the market for it is really hard.”

Pey-Marin never made much wine — the cold temperatures, harsh winds and lack of water at the vineyard kept yields very low — but it developed a loyal fan base within the Bay Area. The label’s original wine was Merlot, but eventually the Peys planted Pinot Noir and Riesling, too. The Riesling, a grape variety that rewards chilly climates, is possibly the best of Pey-Marin’s wines.

The project began when the Peys discovered a dairy farm that included 30 acres of Merlot vines, planted in 1989. Located on Marshall Petaluma Road, it sits just 5 miles from the Pacific Ocean. They took out a lease on the property and rehabilitated the vines, which were in need of some love, Pey said. The couple had been inspired by books they’d read about early viticulture efforts in Marin County — due in large part to the sacramental wine production at the Spanish Missions — and liked the idea of reviving this long-lost practice here.

From the beginning, however, Pey said the enterprise was challenging. The cold temperatures meant that the Merlot grapes struggled to accumulate enough sugar to fully ripen; the grapes got truly ripe only three out of every 10 years, he estimated. (Pinot Noir and Riesling fared better.)

But the greater challenge was commercial. “Perhaps naively, I thought OK, here’s a wine that’s made locally, it’s sustainably farmed, it’s low in alcohol, bright, well-made — I thought restaurants in San Francisco would go gangbusters over it,” Pey said. While there were a few restaurants and shops that really embraced Pey-Marin, however, the limited recognition of Marin County wines kept the bottles from ever catching on in a bigger way.

“While all the restaurants had Marin-grown lettuces, fish and beef, (the wines) weren’t ever adopted as much as we wanted,” Pey said.

Thanks to climate change, farming conditions only got trickier. The vineyard’s yields were small in a good year, but in drought years, they were minuscule. The site is dry-farmed, meaning there is no irrigation, so the only water the vines receive is what falls from the sky. In years — like this one — where precipitation is scarce, the vines produce fewer and smaller berries. Those wines can be beautiful, but Pey said it was discouraging to have so little of them to sell.

While the Pey-Marin vineyard hasn’t been threatened directly by wildfires, its grapes were affected by wildfire smoke wafting from other blazes nearby, not only in Marin but also in Sonoma and Napa. Last year the smoke was especially bad, Pey said, which helped make the decision to cease making wine a little bit easier for him.

COVID-19 was the final catalyst. The closure of restaurants decimated the winery’s main sales channel, and Pey said that the pandemic also bolstered his sense of “how precious life is.” Since Susan Pey’s death in 2016, he’d been considering moving on to other winemaking projects beyond Marin County. Now, he’s determined to make one of those longtime dreams happen. He won’t share too many details yet, but it will be in France.

“It’s been on my mind for the last three or four years,” he said. “Every time, I keep saying, ‘This is the last time I’m going to put up with this.’” He’s ending his lease, the vineyard manager is retiring, and the vineyard itself will go fallow. Another west Marin vineyard, Point Reyes Vineyard, has been on the market for some time but has not gained much traction with buyers, likely for similar reasons.

Pey-Marin leaves behind a meaningful legacy. In 1999, there was just a small handful of winegrowers in Marin County. Today, Pey estimates there are more than 20, with well-known Napa and Sonoma brands like Schramsberg and DeLoach making wine from Marin vineyards.

Like Harrington Wines, another beloved Bay Area wine label that shut down in 2019, Pey-Marin will stick around to sell the remainder of its wine inventory. The Pinot Noir and Riesling, in addition to wines that Pey makes from other vineyards, are available on the winery’s website.

Home Videos The WORLD of WINE – Wine News. Cheap wine, tasting notes and cooking with wine The World of Wine – May 2021 … END_OF_DOCUMENT_TOKEN_TO_BE_REPLACED

How to visit Napa Valley on a Budget. In this video Carson and I explain a few ways to enjoy Napa on the cheap. Tip and advice about how to visit Napa … END_OF_DOCUMENT_TOKEN_TO_BE_REPLACED

Home Videos Get To Know Argentina Wine | Wine Folly If you love Malbec, Argentina is your ultimate wine region. But that’s not … END_OF_DOCUMENT_TOKEN_TO_BE_REPLACED