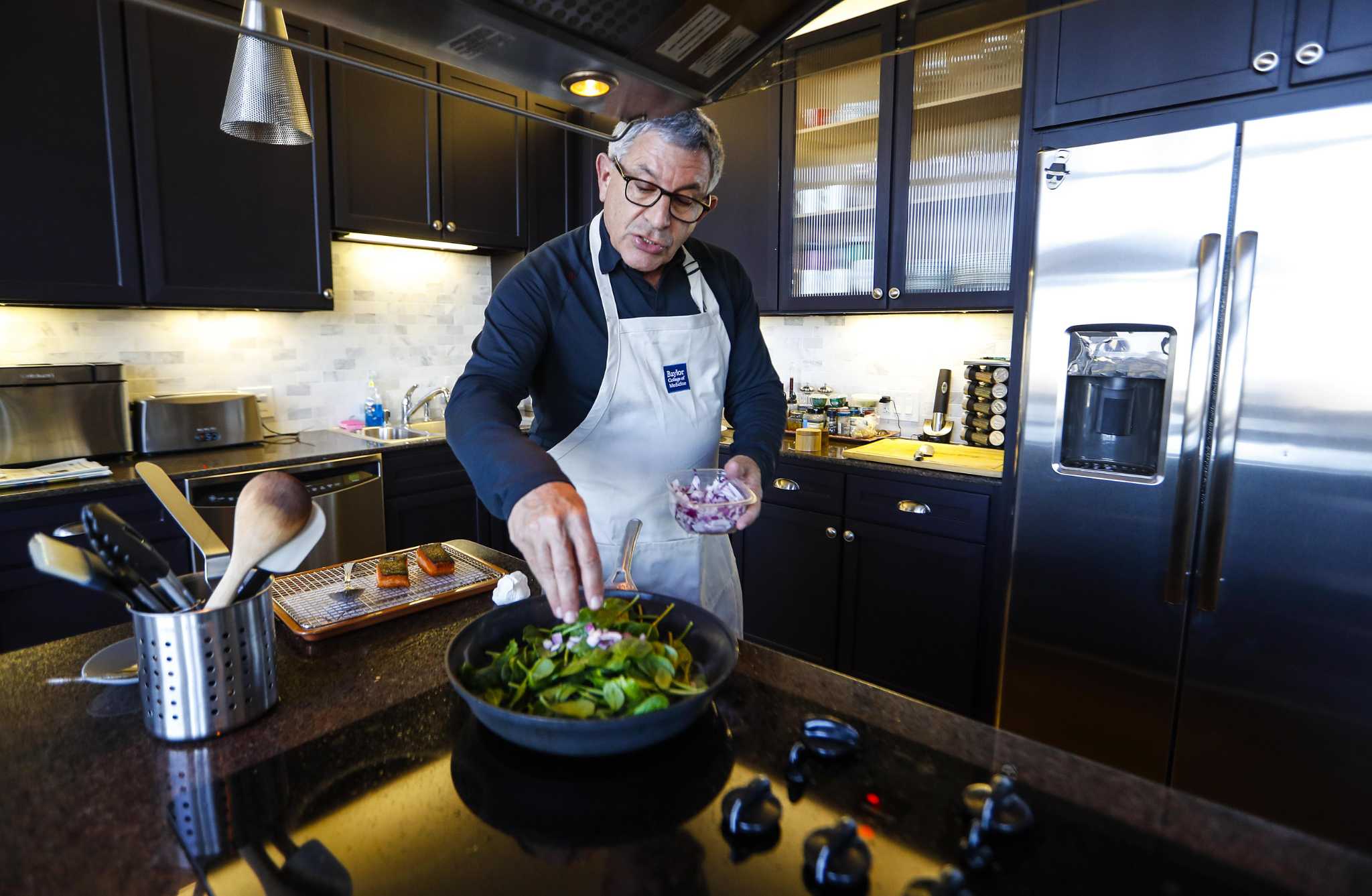 Pre-pandemic, the president and CEO of Baylor College of Medicine would spend every night in a different restaurant, either in Houston or in Manhattan, sampling food and wine from around the world.

During the workweek, he would entertain friends, recruit potential employees, meet donors and board members — all in the comfort of fine-dining restaurants like BCN Houston, Xochi Downtown, Sorrento and Hugo’s.

A year ago, when COVID-19 shut down restaurants, bars and nightclubs or relegated them to “curbside” orders only, it felt like a door had slammed in Klotman’s face.

“COVID really crushed my daily dining habits,” he said. “It didn’t quite hit me how hard it would affect me. I took a picture of my refrigerator for fun, and it’d be empty — one bottle of wine and a Coke.”

Klotman, a nephrologist, would split his time between Houston and New York with his wife, Dr. Mary E. Klotman, who is the dean of the Duke University School of Medicine. The pandemic changed that, too. He has mostly stayed in Houston, but he also spends time in North Carolina, where his wife works.

Being in the hospital industry during a global health crisis meant he spent most of those early months in Baylor’s Incident Command Center scrounging around for sustenance. He often ate fast food, but he admits to living off crackers and snacks for a few weeks.

By summer, Klotman was ready to serve his luxurious, and well-trained, palate again. So like any aspiring Julia Child in 2020, he searched for recipes on YouTube.

“I figured I should try to cook. I had already been into sous vide cooking for a few years — it’s a French style of cooking,” Klotman said. “A lot of it is like being in a lab, and I’ve spent a lot of time in laboratories over the years.”

Sous vide cooking is when food is sealed in an airtight container, like a vaccum-sealed bag, and then cooked in temperature-controlled water. Meat or another protein is marinated, put in a vacuum-sealed container and dropped in a large pot of water. It’s a slow process.

Klotman brought his experience as a physician and scientist to the kitchen. Just like sous vide cooking, water baths are used in science, he said. It was a natural transition of his skill set.

Central Market was his preferred grocery store for ingredients, he said.

“Sous vide is great for meats, so maybe a brisket or short ribs. But fish is what I really focus on,” he said. “We get good fish from Central Market, and occasionally, I’ll have something flown in from Fulton Market in Seattle.”

In his first year as an amateur chef, Klotman has surprised himself.

He has made Butter-Poached Lobster Mac and Cheese from the French Laundry cookbook. “My hands were bleeding from the lobsters — that was quite an event,” he said.

He’s also made braised short ribs that took three days to cook. Long recipes remind him of working in a lab, waiting for a bacteria to culture in a petri dish.

Dinner was always a big deal for the Klotmans, but now it requires a plan and a shopping list. It can be a daylong event, he said. His refrigerator is stocked with sauces, roux made with chicken stock, flour and vegetables, including onions, peas and lettuce.

And lots of unsalted butter.

“Each thing builds upon itself, and it takes a while,” he said. “All of a sudden, I have containers that look like lab cultures. If you have that stuff, you can decide what sauce base you can do. It makes an entire meal.”

A good wine pairing is important, too. Klotman has been into wine since he was 30, but typically just for drinking. He hasn’t started cooking with it yet, and he doesn’t know if he’ll ever venture into mixing drinks.

Now that he’s fully vaccinated, Klotman expects to soon return full force to the restaurant scene in Houston and elsewhere. He misses the seafood at La Bernardin in New York and the pasta at Da Marco on Westheimer.

But for now, he has a test kitchen where he tries new recipes with his wife, and he’s looking forward to dinner parties with friends and colleagues this summer.

Don’t call him a chef, though.

“I’d say it’s an emerging, maturing love of cooking,” Klotman said. “It’s helped me being locked in a house without restaurants for a year. It took on a new intensity this year.”

Home Videos The WORLD of WINE – Wine News. Cheap wine, tasting notes and cooking with wine The World of Wine – May 2021 … END_OF_DOCUMENT_TOKEN_TO_BE_REPLACED

How to visit Napa Valley on a Budget. In this video Carson and I explain a few ways to enjoy Napa on the cheap. Tip and advice about how to visit Napa … END_OF_DOCUMENT_TOKEN_TO_BE_REPLACED

Home Videos Get To Know Argentina Wine | Wine Folly If you love Malbec, Argentina is your ultimate wine region. But that’s not … END_OF_DOCUMENT_TOKEN_TO_BE_REPLACED