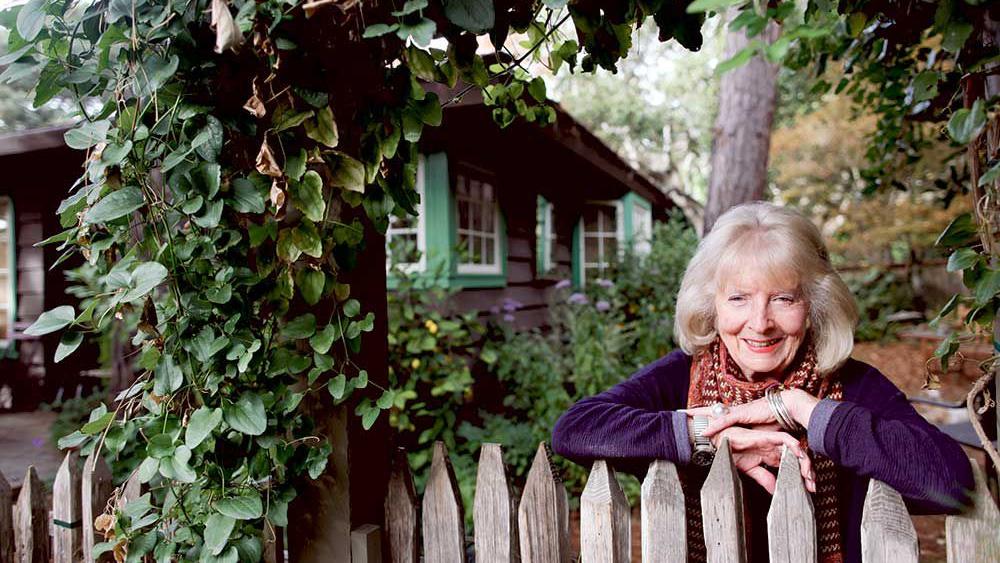 Barbara Livingston took civic engagement to a new level, attending every Carmel City Council meeting for more than 30 years, during 12 of which she served as an elected member of the council.

In many ways, she became synonymous with Carmel, her chosen home and a city that she loved. She died on Tuesday, Feb. 23, at 92.

“She had a purposeful life,” says Brian Livingston, one of her two sons. “She had no regrets and was very at ease that she was going to be leaving us.”

Livingston attended high school in Carmel, then went to Monterey Peninsula College before going to Stanford. After college she moved to San Francisco, where she began a career in interior design.

“She was fabulously successful at it,” Brian says. “She had the perfect personality to be an interior designer. She’d just go through the house and get rid of stuff and start all over again. She had that personality [clients] trusted her.”

In her later years, Livingston’s own Carmel home was something of a gathering place—in an hour-long meeting there, it was not infrequent for an unscheduled visitor or two to pop in unannounced. She decorated her home meticulously, from paint colors to decor to converting a desk into a bar.

Even when she was not at home, Livingston was outgoing and conversational and knew seemingly everyone in Carmel personally.

Her energy declined in the last six months, and painful neuropathy kept her from walking. For years prior, painful scoliosis and vision impairment—Livingston was legally blind—did not keep her from remaining a force to be reckoned with in the village she loved.

She was honored by the city of Carmel last August for 50 years of service, with a proclamation presented by City Council in an outdoor, socially distant ceremony in her front yard. Mayor Dave Potter read the proclamation: “Barbara Livingston has served the residents and city of Carmel-by-the-Sea for over 50 years with passion and integrity…Barbara has forcefully, consistently, compassionately and successfully promoted the imperative need to preserve the unique character of Carmel-by-the-Sea.”

Livingston thanked the council and city staff, and said, “I just believe we all have to have more passion in our lives to get more done.”

Her motivation to get involved in city politics, after moving back to Carmel in 1986, was to connect to her community. “I just felt disconnected,” she told the Weekly in 2014. “I like the dynamics, the personalities. I like the interactions; I just find it fascinating.”

Her reason for remaining involved was to protect what she described as “village character,” and the city’s resolution credit Livingston for coining the phrase “a Village in a Forest by the Sea.”

“The main thing is to preserve and protect the village character,” Livingston said. “It all sounds very trite, but we built our reputation on the narrow little streets, the urban forest, the beautiful beach, and the quaint downtown.”

Protecting that character was sometimes fraught with controversy, and in her years as president of CRA, Livingston was opinionated on issues from the appropriate number of wine tasting rooms to beach bonfires to live music and noise at night.

But it was part of her personality to meet even her political enemies with a friendly greeting. “While at first she was a bit of a bomb thrower when it came to politics, she became a facilitator,” Brian says.

“Part of her wanted to be a movie star. She performed on the Carmel stage, mostly to rave reviews.”

And hers will be a tough act to follow.

Livingston is survived by her two sons, Brian and Michael Livingston, and five grandchildren, Shayla, Ryan, Zoe, Rory and Alix, all of whom live in Vermont.

The family is planning a virtual ceremony for a future dates and details are TBD.

Home Videos The WORLD of WINE – Wine News. Cheap wine, tasting notes and cooking with wine The World of Wine – May 2021 … END_OF_DOCUMENT_TOKEN_TO_BE_REPLACED

How to visit Napa Valley on a Budget. In this video Carson and I explain a few ways to enjoy Napa on the cheap. Tip and advice about how to visit Napa … END_OF_DOCUMENT_TOKEN_TO_BE_REPLACED

Home Videos Get To Know Argentina Wine | Wine Folly If you love Malbec, Argentina is your ultimate wine region. But that’s not … END_OF_DOCUMENT_TOKEN_TO_BE_REPLACED