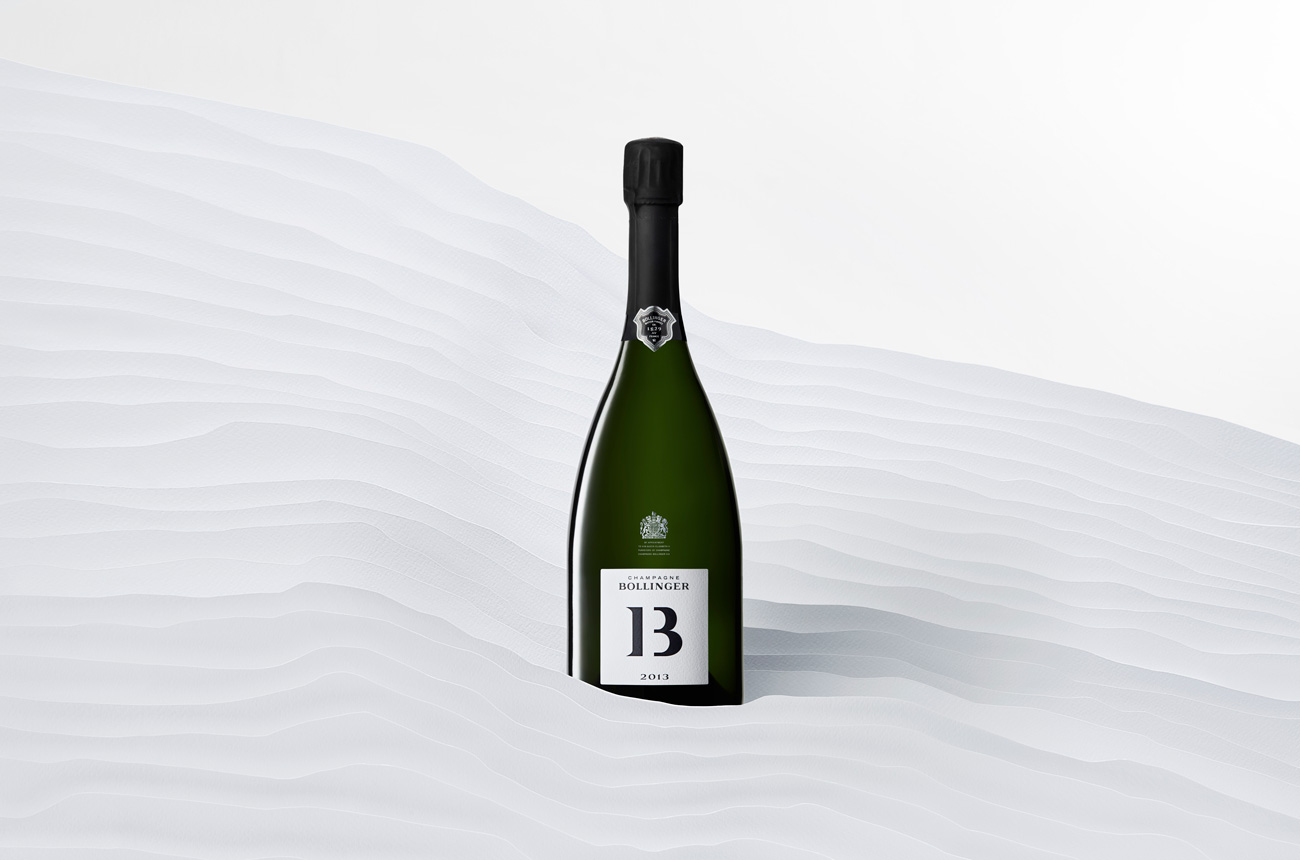 Bollinger’s newly launched vintage Champagne from 2013 provides a striking interpretation of a quite challenging year; a year in which a number of houses chose not to produce vintage Champagnes.

A similar situation had arisen 10 years earlier. ‘From 2003, we released a cuvée named “2003 by Bollinger” – it was an atypical year, but Gérard Liot and Mathieu Kauffmann, the cellar masters at the time, wished to make a small amount of vintage Champagne. The pH of 3.25 was high compared to the usual 3 in the Champagne region,’ recalls Denis Bunner, deputy cellar master at Bollinger.

‘Ten years later, 2013 was totally the opposite. It was cold, especially during the wet, hesitant spring, which led to a very late flowering starting on 2 July, followed by a very hot summer with violent storms.’

Once the decision had been made to make a vintage Champagne, even from such a challenging year as 2013, the Bollinger team focused on late-ripening terroirs such as those in the northern part of the Montagne de Reims sector to give this cuvée a very strong identity that would be representative of the vintage at its best.

‘The pH is 2.91, so very low,’ Denis Bunner points out. The wine is a blanc de noirs – 100% Pinot Noir – with 51% of the grapes coming from Verzenay, 25% from Aÿ and the rest from the first growth villages of Louvois, Mareuil and Avenay. The final blend of wines is 92% grand cru and 18% premier cru.

The decision to use only Pinot Noir grapes in Bollinger’s B13 was made by Gilles Descôtes in his inaugural debut as cellar master, thus creating the first new blanc de noirs Champagne from Bollinger since the launch of its 1969 vintage of the 100% Pinot Noir cult bottling, Vieilles Vignes Françaises.

As a vintage blanc de noirs that incarnates the cellar master’s interpretation of a specific year, B13 will not belong to the category of recurrent cuvées, which is the case with the recent releases of PN VZ 15 and PN VZ 16.

The dosage is 6g/L and, according to Denis Bunner, ‘90% of the grapes used were our own, because we wish to feature our own vineyards in our limited editions.’

The Bollinger vineyards benefit from meticulous care. In 2012, Bollinger became the first Champagne house to earn the coveted label of ‘High Environmental Value’ for its vineyards, a feat repeated in 2014 when it obtained another certificate for sustainable development called Viticulture Durable en Champagne.

Home Videos The WORLD of WINE – Wine News. Cheap wine, tasting notes and cooking with wine The World of Wine – May 2021 … END_OF_DOCUMENT_TOKEN_TO_BE_REPLACED

How to visit Napa Valley on a Budget. In this video Carson and I explain a few ways to enjoy Napa on the cheap. Tip and advice about how to visit Napa … END_OF_DOCUMENT_TOKEN_TO_BE_REPLACED

Home Videos Get To Know Argentina Wine | Wine Folly If you love Malbec, Argentina is your ultimate wine region. But that’s not … END_OF_DOCUMENT_TOKEN_TO_BE_REPLACED