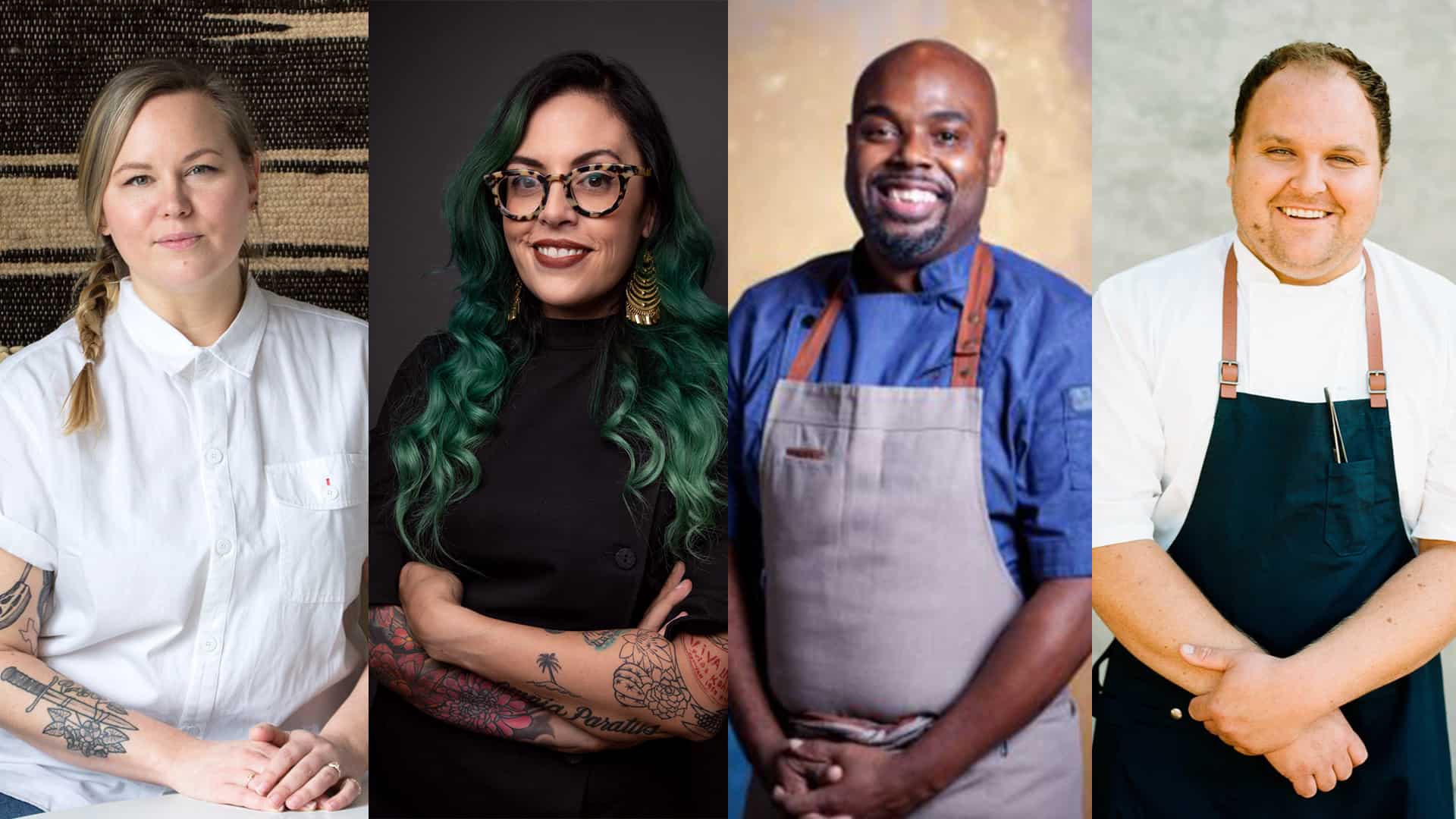 One of Tampa’s most talked about restaurants will welcome previous Bravo’s Top Chef stars and James Beard nominees for an exciting gastronomic experience this fall.

Rooster & the Till invites Tampa’s most dedicated foodies to indulge their senses during the return of its Guest Chef Dinner Series.

The dinner series will feature some of the hottest chefs from around the country, bringing a dining experience unlike any other here in Tampa.

Unique flavors you can’t find anywhere else in Tampa

Each chef’s individual style is showcased during the four-part event, with carefully curated dishes and beverages exclusive to the dinner series.

Guests will have an opportunity to mingle with the evening’s chef and other Tampa foodies during an intimate champagne-spiked meet-and-greet before sitting down to enjoy the chef’s six-course dinner and wine pairing.

Available only four night this fall, the dinner series kicks off next month.

On Oct. 24, Seattle Chef Maximilian Petty takes over the Tampa kitchen for an evening of cuisine that he likes to call imaginative, purposeful and without boundaries.

Petty is the owner and head chef of Eden Hill Restaurant in Seattle, Washington, and was named a James Beard Rising Star of the Year Semifinalist in 2016, 2017 and 2018.

After learning from the best at Jose Andres’ Zaytinya and King Estate Winery, Petty headed to Austin, Texas, where he earned Zagat Austin’s “30 Under 30” and “Austin Under 40” recognition while cooking at Austin restaurant Olivia.

Don’t fill up on Thanksgiving leftovers because Chef Brittanny Anderson is serving up European-American deliciousness from the Rooster & the Till kitchen.

Anderson’s cooking style focuses on flavors from Germany, Austria and the French and Italian Alps. Of course, she tosses in a bit of Virginia-flavored flair for good measure.

She is the owner and head chef of Metzger Bar and Butchery, Brenner Pass and Black Lodge in Richmond, Virginia. She also owns and operates the kitchen at Leni in Washington, D.C. She’s been featured on Top Chef Season 18 and Iron Chef America and was twice named a James Beard Best Chef Mid-Atlantic Semifinalist. Her restaurants have been seen in Food & Wine, Garden and Gun, Elle and Bon Appetit.

Chef Gerald Sombright will host the final evening of Rooster & the Till’s dinner series with flavors familiar to Florida’s foodies.

Originally from St. Louis, Missouri, Sombright is the chef de cuisine of Knife and Spoon at Ritz Carlton Grande Lakes in Orlando. He’s been featured on Top Chef Season 14 and was named a James Beard Award nominee while working at St. Louis restaurant Annie Gunn’s.

One of Tampa’s leading chefs showcases only the best

Ferrell Alvarez is the chef and co-owner of The Rooster & The Till.

“I cannot be more excited to bring back our Guest Chef Dinner Series,” said Ferrell Alvarez, chef and co-owner of Proper House Group (Rooster & the Till, Gallito Taqueria and Nebraska Mini Mart). “We’ve selected four of my closest friends and favorite chefs from around the United States to bring some of the most exciting, intimate culinary events to the Tampa Bay area every month for the next four months to close out 2021.”

Home Videos The WORLD of WINE – Wine News. Cheap wine, tasting notes and cooking with wine The World of Wine – May 2021 … END_OF_DOCUMENT_TOKEN_TO_BE_REPLACED

How to visit Napa Valley on a Budget. In this video Carson and I explain a few ways to enjoy Napa on the cheap. Tip and advice about how to visit Napa … END_OF_DOCUMENT_TOKEN_TO_BE_REPLACED

Home Videos Get To Know Argentina Wine | Wine Folly If you love Malbec, Argentina is your ultimate wine region. But that’s not … END_OF_DOCUMENT_TOKEN_TO_BE_REPLACED