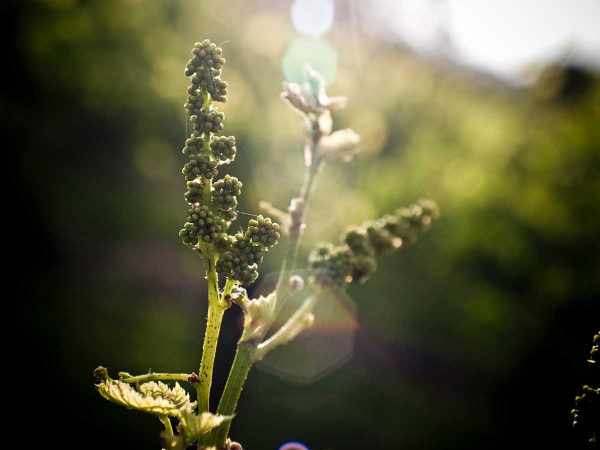 Wine companies will soon be able to use artificial intelligence to count inflorescence, with a research prototype to be trialled in Marlborough later this year.

The technology is one of the first outcomes of the Grape Yield Analyser Project developing automated tools for vineyards, led by Armin Werner from Lincoln Agritech.

Armin says the system, to be trialled in November, requires someone to take a photo of the vines, either with a digital camera or smartphone. The image is sent to a website, where it is processed immediately by a “machine learning tool” that identifies the inflorescence “by its shape and colour and the neighbouring parts of the picture”. The result – the number of influrescences in the image – then comes back to the vineyard in around 30 seconds, says Armin.

The tool was developed via experts identifying inflorescence in photos, allowing artificial intelligence (AI) to train a model that can then assess and analyse new images. Armin notes that the model can only count what is visible, which can lead to errors when compared to a very thorough human count. “But we think these small errors can be accepted, because you can collect many more of these counts per block.”

In human counting, even among expert viticulturists, there will always be a variation between people, or in repeated counts. “The accuracy of the tool we have in development is high, so we think we can be as close and accurate as a human being,” he says. As the project progresses, they will look at the possibility of mounting cameras on moving machinery, so the count can cover more ground more quickly.

The original focus of the Grape Yield Analyser Project was to use sensors to count young grape bunches with image analysis using AI to help growers assess their crops in January. However, discussions with growers and wine companies revealed that for some of them the earlier inflorescence count would be more valuable, Armin says.

The optical technology to count grape bunches is for growers who want to use the growth by January to assess potential grape yield. However, optical occlusion from leaves of up to 95 percent limits the use of just a camera. The project has developed two modified optical solutions and one radar (microwave) based methods to overcome occlusion. The first of these options is for vineyards to use rows or bays, where leaf is intentionally machine-plucked off vines, allowing the camera, potentially mounted on a moving vehicle, to capture clear imagery of the bunches for an AI count. Armin says discussions with growers revealed that giving up some yield would be worth it for an automated count.

Another option in the pipeline is to use a strong airflow pointing into the canopy, to blow leaves upwards, with dedicated nozzles or even a vineyard airblast sprayer. A digital camera or a good smartphone moves with the airflow-generator along the row, taking many photos, says Armin. “You’ll find a few images where in total all the leaves have moved away so that the AI can ‘see’, thus count the otherwise hidden grape bunches,” he says. “The AI in the webservice will find the grape bunches in the many leaves.”

The microwave (radar) technology is a novel method of the project to combat optical occlusion from leaves, as these are quasi ‘transparent’ for the radar, says Armin. He expects the microwave technology to be ready to be trialled in vineyards by the 2022 vintage.

The researchers are also talking to companies that could commercialise the described technologies. “It is important that we work with partners that want to do larger scale tests, so they have robust data to have a product that they can manufacture and commercialise.”

Lincoln Agritech is also working with Canterbury University to build a Bayesian model to allow yield predictions from the first few weeks in January and February. The model would allow growers to input data from their blocks, including grape count and bunch weight, and receive a yield prediction. The project is currently being trialled with nine growers in Marlborough who have provided data and counts every fortnight, and received a report back on predicted yield. “It adds to their existing knowledge and traditional tools,” says Armin. As well as grower data from New Zealand Winegrowers (NZW) and Plant & Food Research (PFR). Individual managemnt and vineyard structure will ultimately be part of the modelling, says Armin. “We want to have a block specific model based on the grower’s own data set.”

The research project is funded by the Ministry of Business, Innovation and Employment (MBIE) and NZW/BRI and undertaken by experts from Lincoln Agritech, PFR, Canterbury University, Lincoln University and CSIRO.

Home Videos The WORLD of WINE – Wine News. Cheap wine, tasting notes and cooking with wine The World of Wine – May 2021 … END_OF_DOCUMENT_TOKEN_TO_BE_REPLACED

How to visit Napa Valley on a Budget. In this video Carson and I explain a few ways to enjoy Napa on the cheap. Tip and advice about how to visit Napa … END_OF_DOCUMENT_TOKEN_TO_BE_REPLACED

Home Videos Get To Know Argentina Wine | Wine Folly If you love Malbec, Argentina is your ultimate wine region. But that’s not … END_OF_DOCUMENT_TOKEN_TO_BE_REPLACED