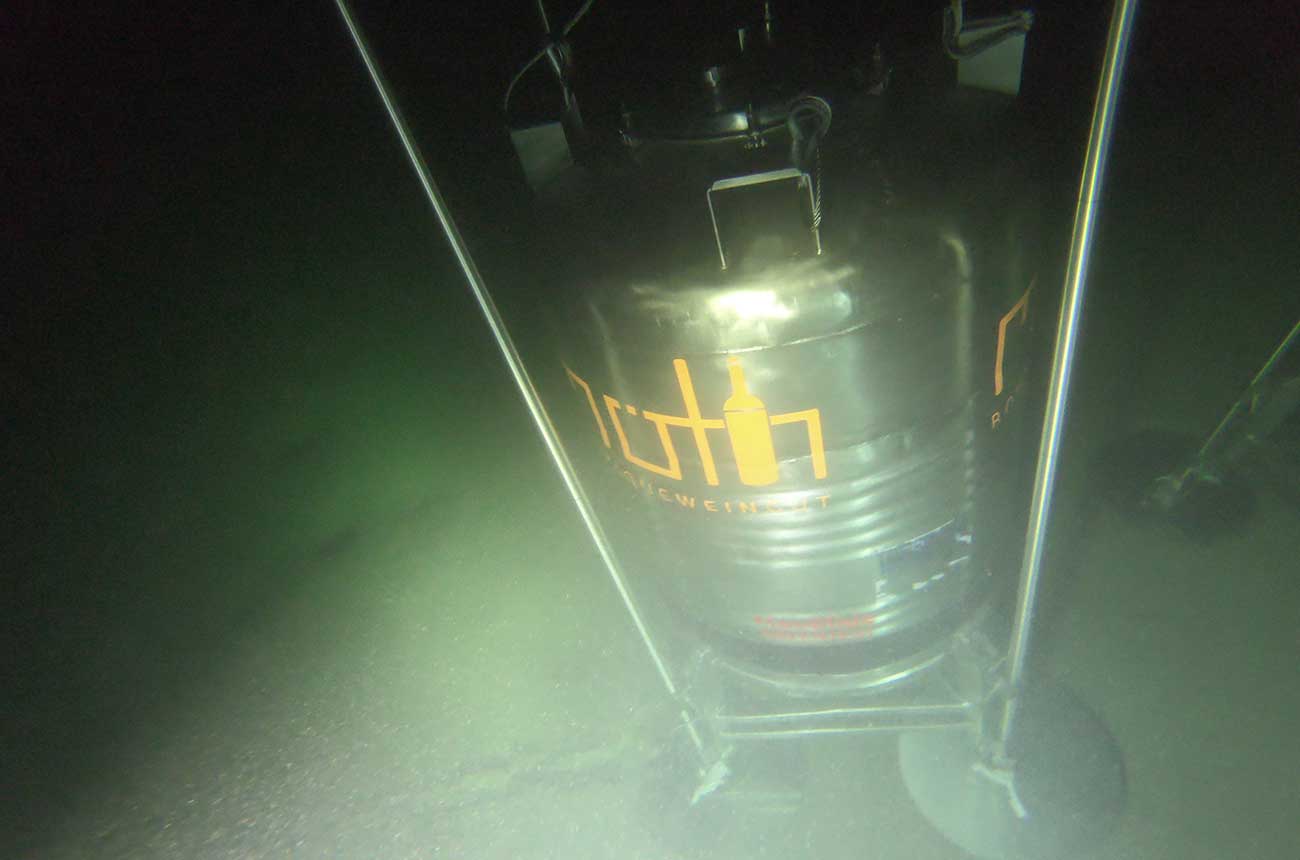 Winemaker Josef Möth, of Austria’s Möth winery, said it was impossible to repeat the trial in Lake Constance itself due to regulations but that he was hoping to age more wines underwater at another site.

Ageing wine underwater has become a niche trend around the world over the past decade or so.

Examples include the specialist Crusoe Treasure winery in the Basque region of northern Spain and recent trials by Wapisa winery in Patagonia, Argentina.

Möth took the concept to relative extremes in 2019 when his team submerged 1,000 litres of wine in stainless steel tanks around 60 metres below the surface of Lake Constance – also known as Bodensee.

It’s extremely rare to age wine underwater at this depth, said Möth, who became interested in trialling underwater ageing after learning about bottles recovered from shipwrecks.

Other projects have seen wine aged at varying depths, although Möth said most were up to 25 metres.

He said he wanted to try going to 60 metres to help to ensure complete seclusion and a ‘clean habitat’ for the wine tanks, but the pressure and the visibility posed challenges.

‘Under the water it’s unbelievable,’ he said. Divers could only see around one metre in-front of them. ‘You don’t know that five metres behind you or in-front of you are the tanks.’

Even though the team used GPS coordinates and knew where the tanks had been lowered, poor visibility ensured it was touch-and-go when it came to recovering the wines before assembled media last year.

Josef and Michaela Möth taste the wine after it spent more than a year under Lake Constance. Photo credit: Möth winery.

Known as ‘project Tiefenrausch’, the wine-filled tanks were immersed in 2019 and spent more than a year on the sandy lake bed, where temperatures were around five to seven degrees Celsius.

Wines involved included a red made from 80% Zweigelt and 20% Shiraz, and a 100% Chardonnay white wine.

He said of the lake wines, ‘The aromatics are more intense. There is more fruit, they are louder wines.’ He also said he expected the lake wines would age more slowly.

A second experiment, albeit in a different location, could strengthen the case for producing a scientific paper on the results.

Why tanks and not bottles?

Tanks were used instead of bottles due to the intense conditions. ‘If you go down more than 25 metres with normal [still] wine bottles they will explode, because the pressure is too much,’ said Möth.

Bottles intended for some sparkling wines, such as Champagne, are different. Leclerc Briant’s cuvée ‘Abyss’ 2014 was bottle-aged for 18 months at 60 metres under the Atlantic Ocean, and was rated 96 points by Decanter’s Yohan Castaing last year.

The wine aged under Lake Constance has been released for sale. Photo credit: Möth winery.

The winery has been selling its ‘Tiefenrausch’ red and white lake wines since they resurfaced last year, at €139 (£118) per bottle.

Yet Möth said the privately-funded experiment was not a marketing exercise. ‘It’s the adventure and the team experience. That’s why we do it, not for the money.’

The team has been ‘searching other lakes in our country’ for possible new test sites. ‘We have something in mind,’ he said.

Petrus 2000 wine aged in space: How it tastes

Home Videos The WORLD of WINE – Wine News. Cheap wine, tasting notes and cooking with wine The World of Wine – May 2021 … END_OF_DOCUMENT_TOKEN_TO_BE_REPLACED

How to visit Napa Valley on a Budget. In this video Carson and I explain a few ways to enjoy Napa on the cheap. Tip and advice about how to visit Napa … END_OF_DOCUMENT_TOKEN_TO_BE_REPLACED

Home Videos Get To Know Argentina Wine | Wine Folly If you love Malbec, Argentina is your ultimate wine region. But that’s not … END_OF_DOCUMENT_TOKEN_TO_BE_REPLACED