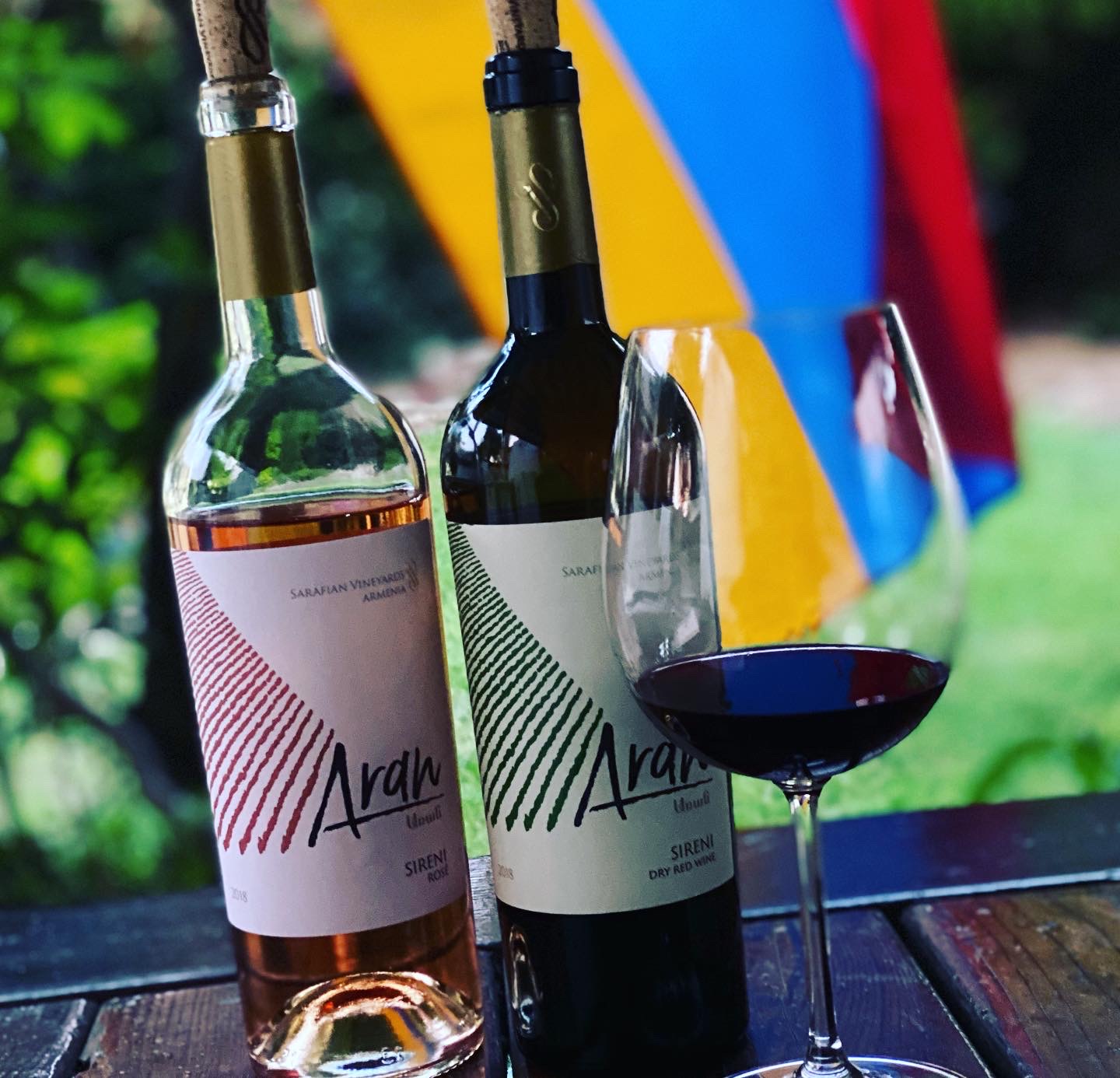 Armenia Tree Project (ATP) held its first annual wine tasting fundraising event on October 24. As part of ATP, an organization that is very dear to me, it was an honor for me to facilitate this event.

The wine tasting initially was to be held in-person at Raffi Santikian’s vineyard in Fresno, California. Due to the pandemic, the event was held over Zoom. This allowed more people to join from both the east and west coasts. Approximately 60 people attended the online wine tasting event. The wine was shipped directly to each participant in advance.

It was wonderful to see so many people try Artsakh wine for the first time and learn of the region’s terroir (soil, climate, topography and culture) and grape varietals. Winemaking in Artsakh dates back to the 7th century. The conditions to grow grapes are quite favorable with a high altitude of 800 meters above sea level, mid/subtropical climate and cold winters. The typical soil is clay and volcanic. Volcanic soils are found in some of the best winemaking regions of the world, like Napa Valley and Sicily. Volcanic soils encourage the development of desirable flavor and texture compounds in the grapes. I was told that if you stand on Artsakh soil for a long period of time, your legs will start to grow roots.

Artsakh is famous for its indigenous varietal called Khnodghni derived from the Armenian word “khind,” which means laughter. The grape has another name called Sireni – loving. I call it a cheerful lover. Khndoghni/Sireni produces a robust wine with high tannins, strong structure and a full body comparable to Cabernet Sauvignon or Petite Syrah with characteristics of black and blue fruits, cotton candy and earth notes of pepper. Wines made from this grape exhibit aging potential. Khndoghni/Sireni is usually aged in Caucasian oak barrels that are sourced from Artsakh as well.

The wines tasted during the event were 2018 Aran Rosé and Red. Aran Vineyards owner Alex Sarafian shared his story. In 2005, he and his wife Talar planted six hectares (15 acres) of new vines in the Askeran region of Artsakh. Askeran is one of the more promising, but less developed wine regions on the frontiers of Artsakh. In 2018 they decided to start producing Aran Wines for the US and Armenia markets.

Aran is named in honor of the long Armenian presence on these lands. According to local legend, the two river valleys (Kur and Arax) in Artsakh were among the first to be settled by Noah’s descendants. A local chieftain named Aran was appointed by the 2nd century AD Armenian King Vagharsh I to be governor of this land. Folk etymology holds that the name Artsakh is derived from ‘Ar’ (Aran) and ‘tsakh (woods, garden).

First, we tasted Aran Rosé made from the Sireni grape. The grapes used for the rosé are the same Sireni grapes used for the red wine. The difference is that when you crush the grapes, you leave the skins of the grapes in contact with the juice for only a few hours. The color of the wine comes from the skin of the grape. This rosé has a brilliant ruby red hue with notes of ripe strawberry, watermelon and rose petal finishing with a distinctive minerality on the palate. It will pair beautifully with red lentil and bulgur kololak or with crab cakes.

Aran Red is made from the Sireni varietal. It has a pretty nose of blackcurrant, blackberry, olives and licorice. It is smooth and medium-bodied on the palate with grippy tannins. When I taste this wine, I close my eyes for a moment and the aroma reminds me of the cherry preserve that my grandmother used to cook in Armenia.

Food pairing for Sireni include grilled red meat dishes or slow cooked stews. Smoked and aged cheese will pair wonderfully with this Sireni as well. Typically, you would pair the Sireni with roasted or grilled red meat, something that has been roasting on an open fire.

What has happened since October 24? Aran Wines lost their vineyards in the recent Artsakh War. On November 20, the region of Askeran where the vineyards were located was handed back to Azerbaijan. The local villages were only given one-day notice to evacuate.

Aran Wines are currently sold out, but luckily the 2019 vintage that has been bottled in Yerevan, Armenia will be arriving within a couple of months. Only 25-percent of the 2020 vintage was harvested and at the moment the future is unknown.

The Gharibyan Family’s Connection to ATP

My mother Anahit Gharibyan was the first employee of ATP and serves as its West Coast Community Outreach Manager. My father Henrik Gharibyan has also been part of the team. My parents have always been dedicated to ATP. I remembers them coming home at 11 o’clock at night because they had to make sure that everything was done right, that every tree was accounted for and taken care of.

Anush Gharibyan is a graduate of the Yerevan Agrarian School with a wine making degree. She holds an MBA from the University of Dallas. She currently works as the director for the Armenian Wines and Spirits Festival in Los Angeles – GiniFest and a radio host of Wine and Dine in LA on 95.5FM HD3. She is a wine consultant and hosts private events.

Home Videos The WORLD of WINE – Wine News. Cheap wine, tasting notes and cooking with wine The World of Wine – May 2021 … END_OF_DOCUMENT_TOKEN_TO_BE_REPLACED

How to visit Napa Valley on a Budget. In this video Carson and I explain a few ways to enjoy Napa on the cheap. Tip and advice about how to visit Napa … END_OF_DOCUMENT_TOKEN_TO_BE_REPLACED

Home Videos Get To Know Argentina Wine | Wine Folly If you love Malbec, Argentina is your ultimate wine region. But that’s not … END_OF_DOCUMENT_TOKEN_TO_BE_REPLACED