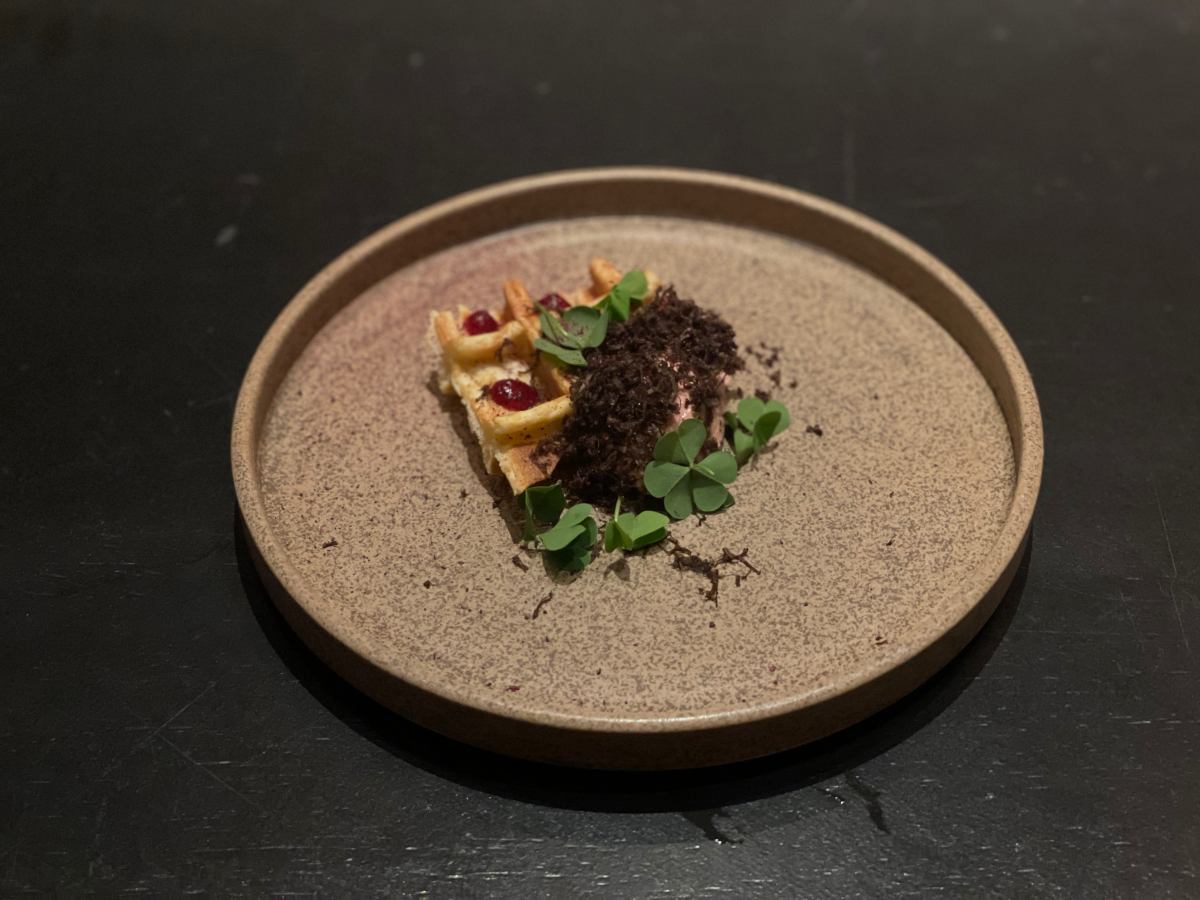 We feel bad that you couldn’t experience the ATAS KL and Deadset Arvo four-hands dinner for yourself.

What happens when the kitchen’s bad boy joins forces with the star pupil that does all his homework? A class act of a four-hands dinner for one night only. When I found out that Deadset Arvo chef Joeri Timmermans would be collaborating with one of the best modern Malaysian chefs in town – Tyson Gee, of course – I knew that I simply could not pass up the offer.

I was last blown away by Timmermans’ excellent pop-up dinner at G-String KL despite working without a proper kitchen — he cooked on a binchotan and two portable stoves on the bar’s verandah. You can’t get anymore MacGyver than that. On the other hand, Gee is already one of the established young chefs in Malaysia. The Canadian chef is known for going all out with indigenous ingredients, utilising them with a certain finesse that not even most local chefs can claim to have. What, I wondered, could the two cook up for guests that night?

The night starts off with the Oyster, something I recognised from Timmermans’ previous menu. Only this time, it’s made even more refreshing with white kimchi granita and purslane. The snack is paired with a Dasai 39 Junmai Daiginjo, a clean-tasting chilled sake that complements the oyster perfectly.

We move on from one seafood to another: Sea Urchin. While most people will think of sea urchin prepared the Japanese way with the richness of the ingredient taking over your entire palate, this time it’s prepared in a perspective I’d never have thought to taste in sea urchin. As I bring the dish close, I’m first tickled by the sweet aroma of guava, which has been thinly sliced and arranged atop the brioche “sandwich”. The aroma of guava continues on within the palate, overwhelming the briny flavour of sea urchin. For the very first time, the sea urchin is not the main character — it’s the sweet and creamy accompaniment in the sandwich.

The third dish to be presented to us that night is the Chicken Liver Parfait, which Timmermans jokingly calls the “fried chicken waffle”. It is served with a side of waffle, but this was certainly a more luxurious take on the American diner staple. The chicken liver parfait is extremely creamy with a soft mousse texture. Paired with an NV Jansz Premium Cuvee Rose, the mineral properties of the chicken liver is balanced out with the sparkling rosé’s crisp and dry flavour. Wine pairing dishes are almost always a hit and miss, but this particular pairing was a home run. On the other hand, the Ocean Trout paled in comparison coming right after the explosive Chicken Liver Parfait. While it wasn’t a bad dish, it definitely had milder flavours. The trout was cooked to tender perfection, paired with creme fraiche and seaweed, pairing equally as well with the mildly-flavoured 2018 William Fevre Chablis Sea Limited Edition. Perhaps it was a good thing to have such a subtle interlude because it certainly prepared my palate for the next dish.

While I loved the Chicken Liver Parfait, the Prawn definitely takes precedence. The massive tiger prawn was perfectly cooked, retaining its juicy and succulent meat. But what made it even better was the sauce that was made with the dish: a salted egg yolk butter with horseradish and preserved lemon. Salted egg yolk anything usually triggers suspicion in me, as it tends to be associated with a rich and overwhelming flavour. To my surprise, this particular sauce was nothing like that. In fact, it was the horseradish that came through strongly in the sauce, with the salted egg yolk butter playing the background character. Needless to say, it was a great combination — the sauce helps cut through the rich sweetness of the tiger prawn and amplifies its flavour. Paired with a Suigei Junmai Shu Hatanishiki sake, I could have this dish all night long.

Alas, it was time to move on to the next main dish: Wagyu. Cooked on the josper grill to achieve a crisp outer with medium-rare doneness on the inside, the beef was coated with XO sauce and served alongside white kimchi. On paper, all these three elements seem unexpectedly clashing. Yet, you’d be surprised – as I was – to find that the flavours actually went well together. The tartness of the white kimchi balances out the fattiness of the wagyu, while the XO sauce adds a touch of spice you wouldn’t have known you needed. The dish was classically paired with a very earthy and dry red wine; specifically, the 2015 Bellingham Bernard Series Basket Press Syrah Limited Release.

The four-hands dinner ends with two desserts very familiar to the Malaysian palette: coconut and jackfruit. The first one, a Coconut Sorbet, is paired with tuak and coriander oil. Before you brandish the holy water, hear me out: the coriander oil was actually a nice and refreshing accompaniment to the already-refreshing coconut sorbet. The herb doesn’t overwhelm the dessert at all, so even the most coriander-hating person won’t notice it. The Jackfruit Custard, on the other hand, had flavours that would appeal to most, if not all. With a medley of mulberries and chocolate mint, it was a fuss-free dessert that just worked.

After the MCO lull, it was nice to see the Atas restaurant bustling once again, with Gee able to flex his culinary prowess. The collaboration with Deadset Arvo was an exciting one to have in the calendar, as well as a chance to experience both the chefs’ take on local ingredients and flavours. Now, if only there would be a second night of this.

Home Videos The WORLD of WINE – Wine News. Cheap wine, tasting notes and cooking with wine The World of Wine – May 2021 … END_OF_DOCUMENT_TOKEN_TO_BE_REPLACED

How to visit Napa Valley on a Budget. In this video Carson and I explain a few ways to enjoy Napa on the cheap. Tip and advice about how to visit Napa … END_OF_DOCUMENT_TOKEN_TO_BE_REPLACED

Home Videos Get To Know Argentina Wine | Wine Folly If you love Malbec, Argentina is your ultimate wine region. But that’s not … END_OF_DOCUMENT_TOKEN_TO_BE_REPLACED