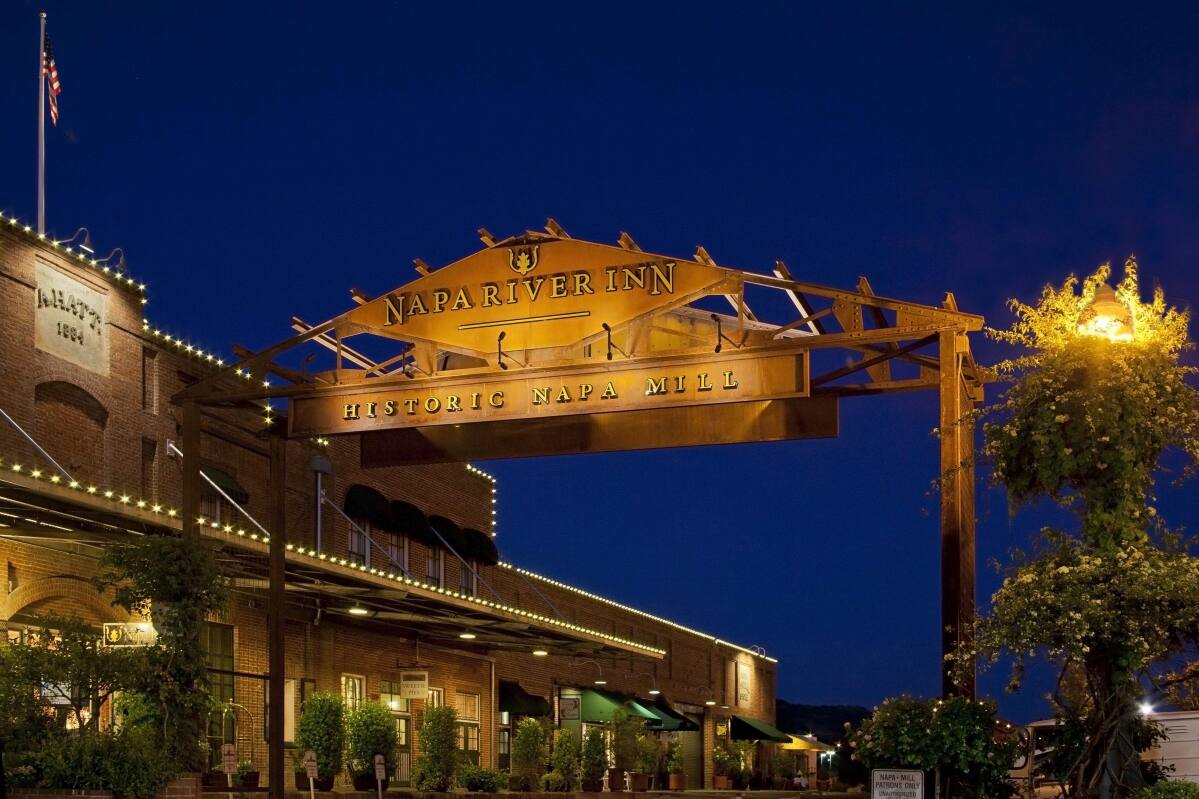 He said that while sales per guest haven’t gone up, they are lingering longer on the property.

“We’ve seen particularly in the past couple of months the mental wear and tear the pandemic has had on them,” Ruel said. “Wine Country can help with that.”

Russian River Brewery co-owner Natalie Cilurzo has spent $70,000 on upgrading her two Sonoma County locations to accommodate outdoor dining and expressed skepticism over having to open and close so many times.

“This seems awfully sudden. What’s confusing to us is the metrics changing,” she said. “We’re tired of the yo-yo effect.”

With a series of storms looming large this week over the North Bay, Cilurzo said she’ll wait until mid-February to reopen the outdoor dining service.

Hotels are allowed to reopen “with modifications”— protocols that haven’t yet been clarified, said Sara Brooks, general manager of Napa River Inn.

“The big question right now is, right before we shut down, we were only allowed to accept travelers who were from in state or who had quarantined for 14 days in state,” she said. “So we don’t know if that will be a restriction.”

She’s also waiting to assess demand, and if people are going to want to travel before vaccines are widely distributed.

Patrick Miller, general manager of Andaz Napa, said he is “elated” to be reopening, but also shares Brooks’ concerns.

“It’s always tough when the communication (from the state) is so abrupt, but we’ll take it,” said Miller, of the 141-room boutique hotel in downtown Napa operated by Hyatt. “I think we’re just happy to be moving in the right direction.”

Miller said he is looking forward to welcoming visitors back to Napa. And there’s something else.

“I think equally exciting is we’re going to be able to start bringing back team members that we haven’t been able to see for a few weeks or a month or more,” he said. “Today has been kind of a madhouse of phone calls and schedules and trying to figure out what food we need to get ordered.”

Dr. Karen Relucio, Napa County’s public health officer, released a statement today addressing the change back to the Blueprint for a Safer Economy.

“While lifting of the regional stay-home order is a step in the right direction, we can’t let it lead to complacency,” Relucio said in the statement. “I look forward to the day we can look back on how we came together to eradicate this pandemic but until then, it is still present in our community so it’s imperative all of us continue to take precautions to limit its spread.”

In Marin County, Iron Springs Pub co-owner Anne Dubinsky Altman expressed relief that she can get back to business.

“We’re happy the governor pivoted,” said Dubinsky Altman, who plans to reopen her San Rafael establishment on Thursday. “Now we’ll have more avenues to see our customers. There was no science behind the outdoor dining ban anyway.”

In Tiburon, Servino Ristorante is set to reopen for outdoor dining on Friday, after supplier services such as linen are restarted and sanitization of tables and chairs is completed for the 36 seats on the first-floor patio and 24 in the patio above. The 12,000-square-foot foot restaurant seats 160 inside.

“If you were to compare pre-COVID to current staffing, we’re probably about three-quarters of full staff, and that quarter of the people have either moved out of the area or are at an age or vulnerability where they decided to stay home,” said co-owner Natale Servino.

Only 20% of the menu had to be shelved because it didn’t translate well for takeout, and the restaurant has moved toward offering adult beverages and premixed cocktails at retail price instead of menu pricing. In addition to the regular menu items, the restaurant has appealed to remote workers with “Sunday supper” packs and half-baked menu items guests can finish at home.

Feedback from customers suggests the after the pandemic the features likely to remain are beverages to go at retail pricing — if state regulatory allowances continue on — and the meal kits for a significant proportion of Marin residents who expect to continue working from home to a certain degree, Servino said.

At Trek Winery in Novato, the family vintner, brewery and pub businesses won’t be going back to food service outdoors anytime soon in the pandemic because of earlier losses from each shutdown, according to co-owner Andy Podshadley. Now its just open for beverage pickup 3–6 p.m. Wednesday through Sunday.

Home Videos The WORLD of WINE – Wine News. Cheap wine, tasting notes and cooking with wine The World of Wine – May 2021 … END_OF_DOCUMENT_TOKEN_TO_BE_REPLACED

How to visit Napa Valley on a Budget. In this video Carson and I explain a few ways to enjoy Napa on the cheap. Tip and advice about how to visit Napa … END_OF_DOCUMENT_TOKEN_TO_BE_REPLACED

Home Videos Get To Know Argentina Wine | Wine Folly If you love Malbec, Argentina is your ultimate wine region. But that’s not … END_OF_DOCUMENT_TOKEN_TO_BE_REPLACED