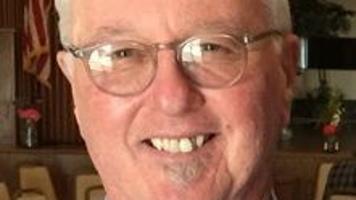 Olson says the city is processing a plan to annex 136 acres south of the wastewater treatment plant for a light industrial project the wants to come to town. Nearby the shuttered Olam tomato plant may secure a buyer this year, he predicts that could mean the big processing plant could reopen under a new owner and add hundreds of jobs back to the local economy.

Also in this industrial southern part of the city there is a 35-acre marijuana cultivation project — one of three companies who want to cultivate pot in Lemoore — bringing in new revenue to city coffers.

He adds that one of the three plans to process flowers, another biomass and oil and a third, greenhouse growing. Also there are now two marijuana dispensaries in the city that have been operating for more than a year with no problem.

Olson says the marijuana business should bring in about $1.5 million to the general fund in a year’s time and growing.

Another marijuana-related company, a beverage bottler, is looking at possibly locating in Lemoore to make cannabis-infused lemonade and ship the product from Lemoore.

Olson adds that Hanford’s Helena Chemical is relocating from Hanford.

Besides these commercial projects, Olson is guiding several large new residential projects that are progressing.

Plans for more battery storage projects in Central California keep piling up this new year as the state looks to protect the grid from power disruptions and even out electricity pricing.

Announcements are popping up all over mid-state, home of numerous solar and wind facilities and their connections to statewide transmission lines. Recently owners have decided to add on these large battery units to existing power facilities, even mothballed ones like the Morro Bay power plant. Here, Texas-based Vistra Energy just announced a 600MW battery storage project next to the long shuttered nat gas power plant that will connect to the Central Valley solar arrays bringing power to the proposed 22 acre battery farm. At the big solar farms there is sometimes too much being generated in the daytime.So some of that power will be stored in Morro Bay to be metered out at night when there is high demand and little supply on the grid.

Over the hill from Avenal, California Solar Flats existing 250MW solar farm will add 60MW of battery storage near their Cholame facility. Also just announced, Southern Co. is adding battery storage capacity to two of the solar facilities it operates in California-adding 88MW to their Garland solar plant in Kern County and 72MW to their Tranquility Solar farm in western Fresno County.

In Kings County, construction has begun on the Slate project — a 300 MW AC solar plus 140.25 MW / 561 MWh storage project. Canadian Solar’s majority-owned energy storage subsidiary, System Solutions and Energy Storage, will provide the battery storage integration solution for the project. The whole enterprise has now been sold to Goldman Sachs.

The Slate project will utilize approximately 962,000 of Canadian Solar’s high-efficiency bifacial BiKu modules across approximately 2,400 acres in Kings County. The project is expected to employ 405 workers at peak construction, with at least 50% of those construction jobs expected to be filled by local skilled tradesmen from the Kings County area. Along with indirect economic benefits that accompany solar project development, such as increased local spending in the service and construction industries, the Slate project will also have a positive economic impact on the local community by providing significant tax revenues for the county.

Also recently announced — the addition of a 75-MW or 4-hour 300 MWh energy storage system — a retrofit addition to the Mustang solar plant in Kings County originally developed by Canadian Solar subsidiary, Recurrent Energy. The solar plant connected to the grid in August 2016 and the project’s equity stake was sold to Goldman Sachs in May 2019.

The California Public Utilities Commission has authorized more than 1,500 MW in energy storage capacity to be built in the state.

California Gov. Gavin Newsom wants to increase pesticide fees based on their toxicity. But the proposal is worrisome to some farmers concerned about the cost.

The fee hike, phased in over four years would mean fees on more toxic pesticides would double to 4.6%.

Val Dolcini, director of the Department of Pesticide Regulation, called the proposal “bold and innovative” and said “the biggest beneficiaries will be everyone in California.”

Currently, the state charges a 2.1 percent fee on the sale of pesticides entering the state, no matter the toxicity. California cotton growers say their industry will be impacted along with tree farmers.

They say fumigants will fall into that category and they will unfairly be assessed the most. Cotton Growers President Roger Isom says “This proposal will not accomplish the goals it set out to accomplish, and unfairly targets the tree nut industry and those that use fumigants. Many farmers have to use fumigants as a requirement of trade requirements. We have no choice in the matter.”

The proposed budget will now go to the legislature for review and debate.

Home Videos The WORLD of WINE – Wine News. Cheap wine, tasting notes and cooking with wine The World of Wine – May 2021 … END_OF_DOCUMENT_TOKEN_TO_BE_REPLACED

How to visit Napa Valley on a Budget. In this video Carson and I explain a few ways to enjoy Napa on the cheap. Tip and advice about how to visit Napa … END_OF_DOCUMENT_TOKEN_TO_BE_REPLACED

Home Videos Get To Know Argentina Wine | Wine Folly If you love Malbec, Argentina is your ultimate wine region. But that’s not … END_OF_DOCUMENT_TOKEN_TO_BE_REPLACED