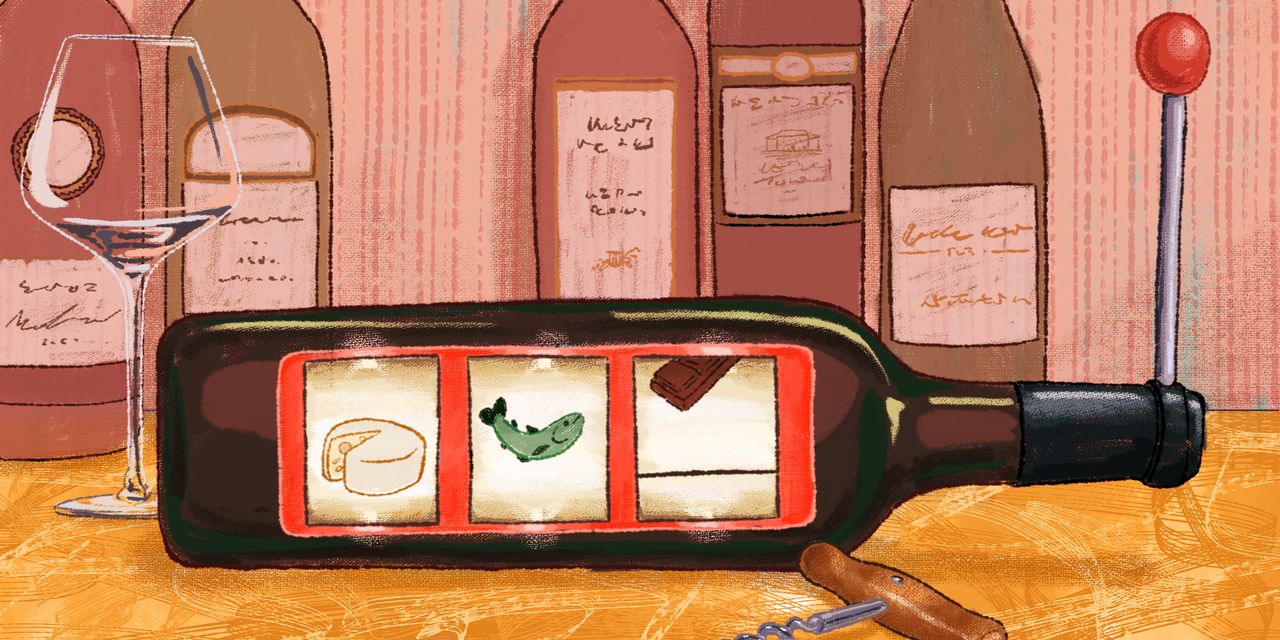 SOME WINES should never be paired with food. That was my first (and second and third) thought when I recently attempted to pair Gewürztraminer with a meal. I actually tried a few different bottles of this white wine—one from Alsace, one from Italy and one from the U.S.—and a number of dishes, from pork to chicken to fish. I finally gave up and drank something else. As my husband, Roger, observed, “I could drink this wine by itself but not with anything.”

Is a wine with few pairing possibilities necessarily inferior to one that’s much more food-flexible? Is food compatibility a necessary attribute? These were a few of the questions I pondered while trying to find a food that might complement Gewürztraminer or at least one with which it might peacefully coincide.

Gewürztraminer is probably the most extreme example of a food-unfriendly wine, thanks in part to its intense, almost overpowering aromas. Although most frequently described in terms of spice and lychee and sometimes passion fruit, the scent of Gewürztraminer is more like a cross between a rose-scented sock drawer sachet and a pungent bath soap to me. That lychee scent is one of the reasons Gewürztraminer is often said to go well with Chinese food, though I far prefer the more versatile Riesling grape for this purpose.

A late-ripening, pinkish-hued grape most commonly identified with its native Alsace, France, the Gewürztraminer grape actually grows all over the world. It produces wines that are pretty high in alcohol; I’ve had dry Gewürztraminers that clock in at 14.5%. This is another factor that makes the grape a pairing challenge, since high alcohol levels tend to squash a wine’s texture and flavor—like a dinner companion who talks a bit too loud. What’s more, while Gewürztraminer can be made in a wide range of styles, from very dry to very sweet depending on the vinification technique, thanks to the aromatic characteristics described above even the driest versions somehow still seem sweet to many palates.

Gewürztraminer isn’t the only grape I find food-unfriendly. There are others I find equally challenging at a meal. Take Viognier, for example, another highly scented white grape, native to the northern Rhône Valley of France. I’ve flirted with drinking Viognier from time to time but have the same problem with this wine that I have with Gewürztraminer: It’s just too much of everything. Too much aroma, too much alcohol, too much fruit, and sometimes it’s layered with too much oak too. And an oaky Viognier can make Gewürztraminer seem an easy match with food by comparison.

Home Videos The WORLD of WINE – Wine News. Cheap wine, tasting notes and cooking with wine The World of Wine – May 2021 … END_OF_DOCUMENT_TOKEN_TO_BE_REPLACED

How to visit Napa Valley on a Budget. In this video Carson and I explain a few ways to enjoy Napa on the cheap. Tip and advice about how to visit Napa … END_OF_DOCUMENT_TOKEN_TO_BE_REPLACED

Home Videos Get To Know Argentina Wine | Wine Folly If you love Malbec, Argentina is your ultimate wine region. But that’s not … END_OF_DOCUMENT_TOKEN_TO_BE_REPLACED