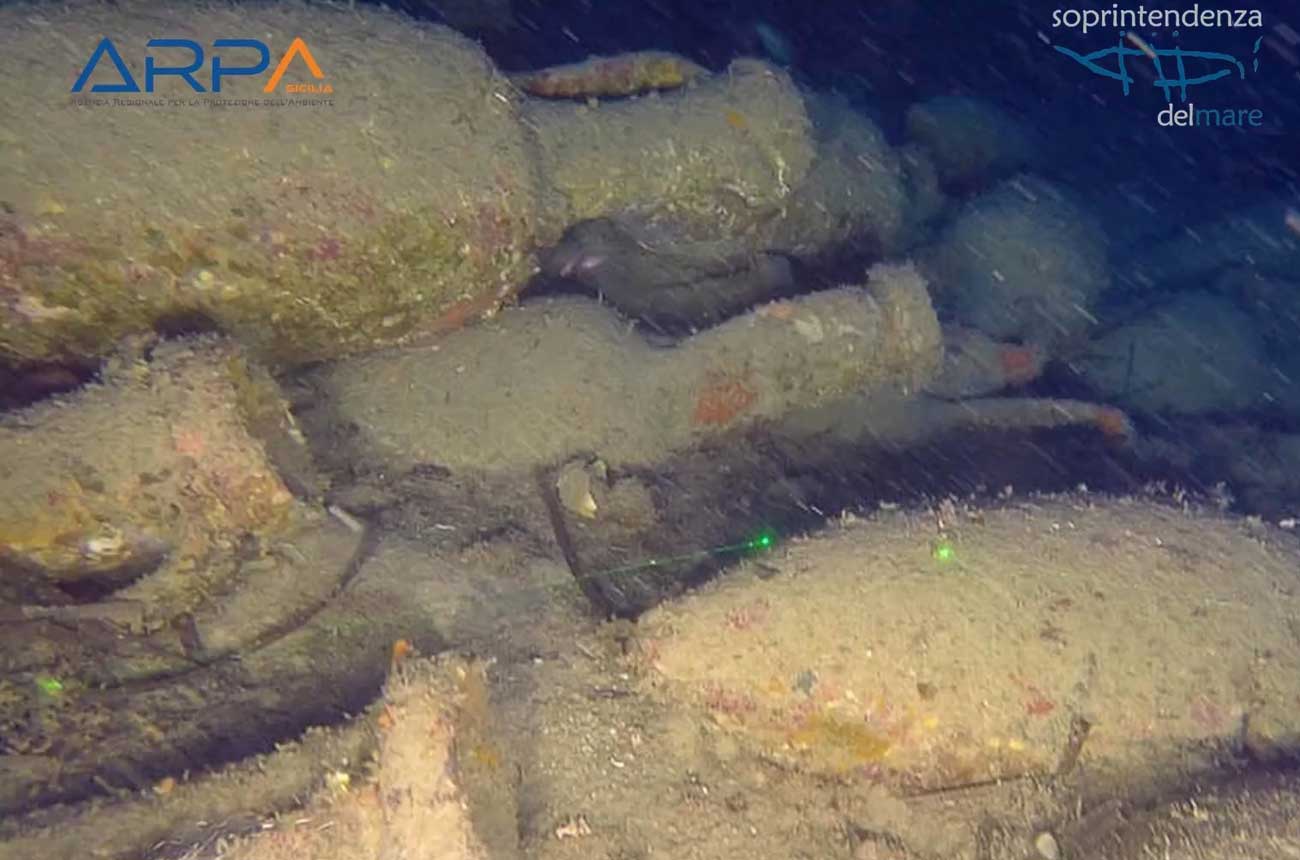 Ceramic pots commonly used in ancient Roman times for storing and moving wine were found littered across the seabed around the shipwreck, discovered off the coast of north-west Sicily.

It’s thought to date back more than 2,000 years, to the second century BC, according to an operation led by environmental protection agency ARPA Sicilia and the Superintendency of the Sea for the Sicilian region.

Researchers used a remote-controlled robot to explore the shipwreck 92 metres below the water’s surface, close to the coastal town of Isola delle Femmine and not far from Palermo.

If the wine hypothesis is proved correct, it adds more evidence of wine trading in the Mediterranean in ancient Roman times.

Amphorae discovered alongside the ruins of the ship were of the Dressel 1 A type, said Sicily’s regional authority, reporting on the discovery. They were most likely used for wine, officials said.

Previous research has shown that Dressel 1 amphorae were used to transport wine, although not exclusively.

‘The Mediterranean continually gives us precious elements for the reconstruction of our history linked to maritime trade,’ said Valeria La Vigni, superintendent of the sea for the Sicilian regional authority, who led the mission alongside the regional environmental protection agency, ARPA Sicilia.

It’s the second shipwreck discovery in a matter of weeks off the coast of Sicily, after specialists also found another vessel near the tiny island of Ustica. It, too, was believed to have been carrying wine.

It’s well-established that wine production, trading and the planting of vineyards flourished in Roman times.

Last year, a winery on the tiny Italian island of Elba said it had revived a 2,500-year-old method of submerging grapes under the sea, once believed to have been used to make wine fit for Julias Caesar.

Wine often hitched a ride with the legions. ‘Roman soldiers travelled with amphorae, shapely clay vessels filled with wine, as fuel for their fighting and comfort for their homesicknes,’ wrote Nina Caplan, in an article for Decanter in 2018 based on her book, The Wandering Vine: Wine, The Romans and Me.

Caplan said it was the Greeks who initially introduced wine across the Italian peninsula.

Two years ago, researchers also reported evidence that Iron Age Celts living in Burgundy between the fifth and seventh centuries BC may have been drinking Greek wines.

Some researchers have looked further back in time to explore the history of wine. One study published in 2017 found evidence grape vine viticulture around 6,000 years BC in what is now Georgia.

Home Videos The WORLD of WINE – Wine News. Cheap wine, tasting notes and cooking with wine The World of Wine – May 2021 … END_OF_DOCUMENT_TOKEN_TO_BE_REPLACED

How to visit Napa Valley on a Budget. In this video Carson and I explain a few ways to enjoy Napa on the cheap. Tip and advice about how to visit Napa … END_OF_DOCUMENT_TOKEN_TO_BE_REPLACED

Home Videos Get To Know Argentina Wine | Wine Folly If you love Malbec, Argentina is your ultimate wine region. But that’s not … END_OF_DOCUMENT_TOKEN_TO_BE_REPLACED