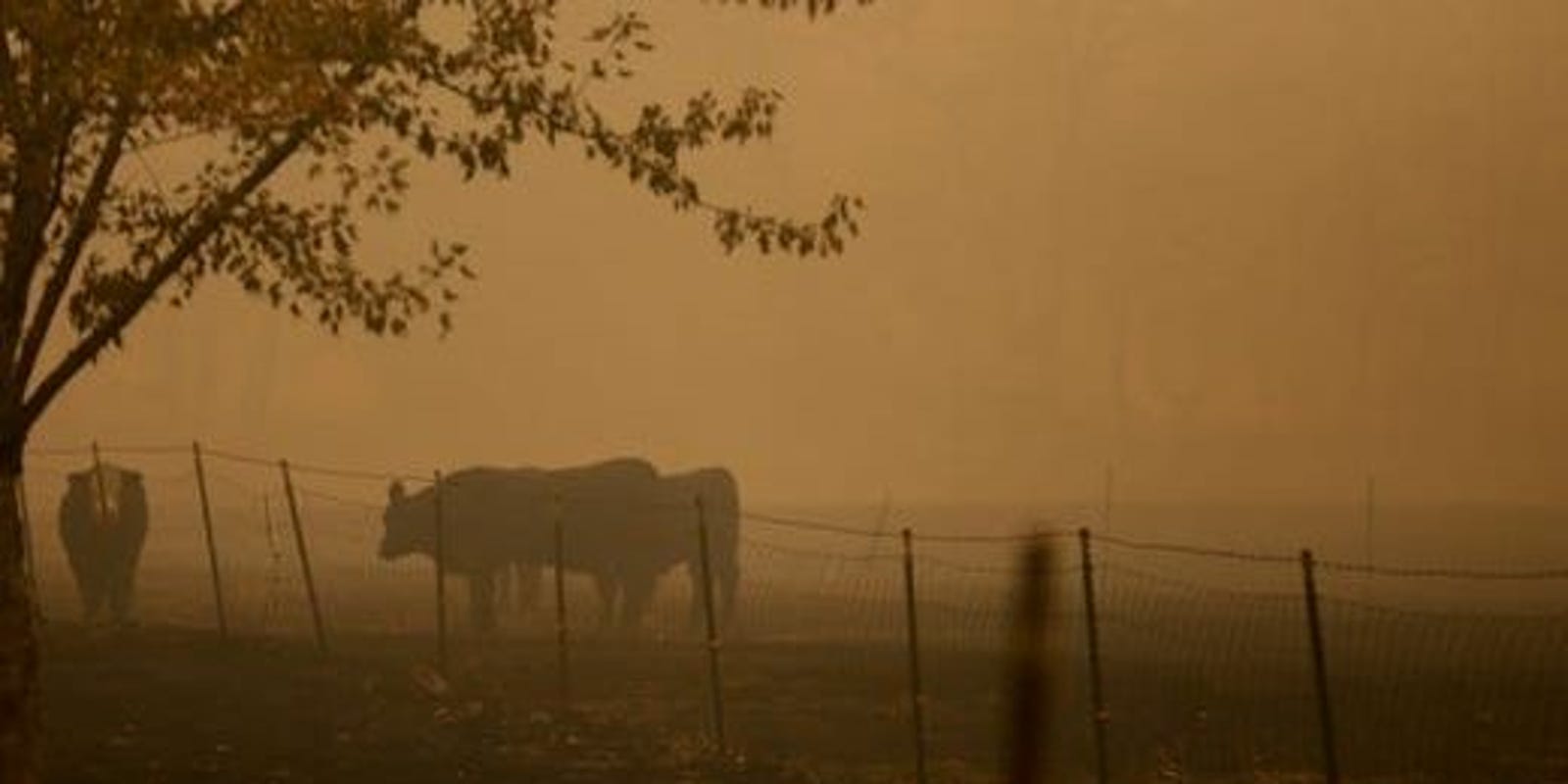 California’s air quality board voted today to call for a near-complete ban of agricultural burning by 2025 in the San Joaquin Valley, one of the most polluted regions in the country.

The move to phase out burning is more than a decade in the making for the eight-county Central Valley, where growers set fire to hundreds of thousands of tons of waste from vineyards and orchards every year. Burning sends up plumes of particles and gases that drift into farm towns largely made up of Latino residents.

After a four-hour hearing and more than an hour and a half of debate, the air board unanimously approved a resolution directing air board staff to work with the local air district to phase out nearly all burning over the next four years.

The phase-out will mostly affect owners of vineyards and orchards who will have to grind up vines, trees and other waste and mix it into soil, or haul it to composting and biomass facilities.

Growers told the air board that they already struggle to get contractors to chip their waste, and could have trouble paying for the pricier alternatives.

“A small farmer is last in line to get the work done because grinders can’t afford to lose out on the large scale acreage,” Stan Chance, an almond grower near Turlock, told the board at Thursday’s meeting. “The impact on me this last year was having to delay planting a whole year waiting for equipment to show up. That’s a whole extra year without the ground producing income.”

Air board staff estimated that between $15 million and $30 million per year in additional state, federal and local funds might be needed to cover the cost, and the resolution acknowledged the need for federal and state money to fund alternatives.

Samir Sheikh, executive director of the San Joaquin Valley Air Pollution Control District, said his district already bans most agricultural burning, but acknowledged that there’s more work to be done. He called the new efforts, which are unique to the San Joaquin Valley, “a bold strategy” that he hopes will become a model for the rest of the state.

“As you’re aware, our region does face some of the most difficult air quality challenges anywhere in the country,” Sheikh told the air board. “We’re going to really need your assistance as we move forward.”

Environmental justice advocates and local residents said that for communities breathing the smoke, four years is too long to wait. Smoke aggravates asthma and other respiratory problems.

“This law was instituted back in 2003. So really, we’ve had 17 years to get this done. I think that’s basically called procrastination,” Peter Dorian, a Fresno resident, said during public comment. “What we breathe has to take precedent over anything else.”

Visalians ‘spoiled’ by majestic Sierra Nevada views. How long will they last?

How to protect yourself from unhealthy air quality

Typically, agricultural burning falls under local air district control. But in 2003, a state law authored by then-Sen. Dean Florez, a Democrat from Shafter, called for phasing out burning in the San Joaquin Valley by 2010.

Because of loopholes in the law, however, the air board has granted the district several extensions to allow burning of some materials — including vineyards and some orchard material.

The air board had a lively debate about the 2025 deadline and tightening the language of the action to make sure it is enforced.

“Without that clear line of what we can do, then we’re going to get right to the end of 2024 …  hearing ‘You know what, we just need two more years,’” said board member Nathan Fletcher, a San Diego County supervisor.

“I think we need to have a sooner target than 2025. Many people have been waiting for this,” added Davina Hurt, a new board member who represents San Mateo County cities on the Bay Area’s air district board.

But the board decided to allow some burning until 2025, provided that the district adheres to the state’s recommendations. These include accelerating the phaseout of certain crops, starting with large growers, and setting targets for tons of material to be burned during that time. Only diseased plants and beehives, as well as some weeds, may be exempted.

The resolution couches the board’s instructions as commitments to “partner with the District to improve readiness to reduce burning” and “support” for the local air district to prepare a plan by the end of August to accelerate the phaseout.

But air board Executive Officer Richard Corey said the 2025 deadline was “firm.”

“If there’s a problem, I will be back in front of the board. I will not be waiting for an annual report if things are going off the rails,” he said.

Florez, now an air board member, called on California Gov. Gavin Newsom to fund burning alternatives in the state budget. “We’re really going to need the governor,” he said.

The decision is one of the first acts of California’s powerful Air Resources Board with three new members and under the leadership of new Chair Liane Randolph, who was formerly a member of the California Public Utilities Commission.

“It’s important to recognize that we can’t instantly reverse decades of poor decisions and environmental racism in our role as regulators implementing state and federal law,” Randolph said. “But we must recognize that communities of color have a range of views and concerns. And we cannot fail in our efforts to listen to, engage and to work towards equitable solutions as best we can.”

Agricultural material is burned throughout California on days when the air is clear and the weather is less likely to let smoke linger.

Growers pumped an average of six tons of fine particles per day into California’s air in 2017, and more than a third of that pollution came from burning in the San Joaquin Valley.

Cynthia Pinto-Cabrera of the Central Valley Air Quality Coalition called for warning residents when agricultural burns are occurring. “It’s essential for residents to be able to properly prepare and protect themselves,” she said.

Since hitting a low point in the early-2010s, agricultural burning has increased in the San Joaquin Valley to about 600,000 tons a year due to droughts and closure of biomass facilities that burn waste.

The almond grower, Chance, said that although he doesn’t think the valley is ready to ban all agricultural burning, he can see the difference the rules have made.

“On a clear day, I can see Half Dome and Yosemite Valley from my farm. I don’t want that view to ever go away.”

Rachel Becker is an environment reporter for CALmatters, where she covers climate change and California’s environmental policies.

Home Videos The WORLD of WINE – Wine News. Cheap wine, tasting notes and cooking with wine The World of Wine – May 2021 … END_OF_DOCUMENT_TOKEN_TO_BE_REPLACED

How to visit Napa Valley on a Budget. In this video Carson and I explain a few ways to enjoy Napa on the cheap. Tip and advice about how to visit Napa … END_OF_DOCUMENT_TOKEN_TO_BE_REPLACED

Home Videos Get To Know Argentina Wine | Wine Folly If you love Malbec, Argentina is your ultimate wine region. But that’s not … END_OF_DOCUMENT_TOKEN_TO_BE_REPLACED