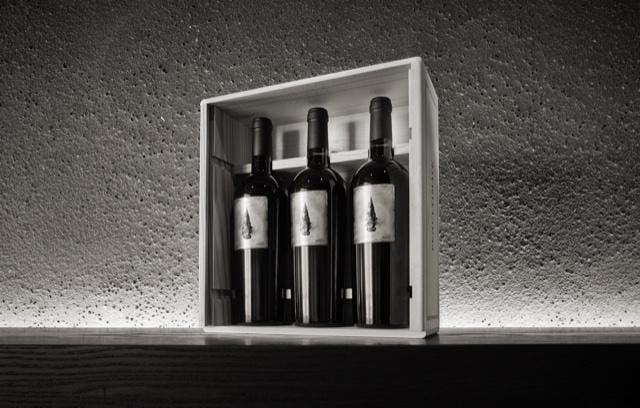 It’s perhaps a statement of the obvious, but the great terroirs of the world always seem to find a way to stand out. That, it seems to me, is one of the defining characteristics of a top vineyard: A patch of the planet that, vintage after vintage, leaves its mark in predictable, extraordinary ways on the grapes that are grown there, and whose essential character shines through in the wines that ultimately result.

My white Wine of the Week today, the Elena Walch Vigna Castel Ringberg Pinot Grigio 2019 Alto Adige DOC, is a transporting example, and a particularly affecting one, too, given the somewhat…challenging reputation of Pinot Grigio itself.

Mainly because of the veritable ocean of mass-produced, characterless Pinot Grigio that’s flooded the American market for a seeming eternity now, the grape has earned the bemusement (at best) and ire (at worst) of a generation of wine connoisseurs. And, indeed, the overwhelming majority of those wines are anodyne examples of the kind of white wine that pairs with anything and seems to fit into every conceivable situation not because of its inherent character but, indeed, as a result of the lack of any perceptible one.

Yet it doesn’t have to be that way, as this delicious wine proves. It’s grown on the Castel Ringberg vineyard in northeastern Italy’s Alto Adige region. At a little over a thousand feet of elevation, this nearly 50-acre plot boasts diverse soils (gravel, limestone, richer moraines), plenty of sunshine, and excellent drainage. The Walch family has been making wine for five generations, and is currently being steered by Karoline and Julia Walch: This is a true family enterprise, and the wines across the portfolio, I find vintage after vintage, are excellent.

This one is, too: Subtle, structured, and layered, yet still so energetic and graceful. Mineral-flecked aromas of hard apples and subtle herbs are joined by lemon pith before a palate of concentration and acidity, with an almost chalky mineral character informing lemon pith notes and a finish that rolls in on a subtly briny wave that’s kissed with apple fritters. Drink this one over the next few years: It’s easy to find for less than $30, and it seriously over-delivers for the money. It’s also the perfect wine to pour for people who claim to never have had a Pinot Grigio that spoke to them: It’ll change their minds in the most delicious ways.

The Elena Walch Vigna Castel Ringberg is one of the world’s greatest terroirs for Pinot Grigio.

My red Wine of the Week, the Penultimate 2016 Napa Valley, is from another world-class terroir. It’s produced by the team that makes Promontory, one of the stars of the Harlan family stable of iconic reds. The land itself, perched on the other side of the ridge from Harlan, ranges from 500 – 1,150 feet above sea level and boasts a fantastic diversity of soils (volcanic on the west-facing flanks, metamorphic on the east-facing ones, and sedimentary on the higher portions, which face primarily west). The 800 acres of land are very steep, surrounded by forest, and, as a result of the tendency of the cooler air to linger, the fruit there tends to be harvested anywhere between 10 and 15 days later than at Harlan Estate. And because of the sheer diversity of the property, picking can last a month, despite the fact that only around 10% of the land, or approximately 80 acres, are planted to vineyard.

Penultimate occupies a unique place in the portfolio of the Harlan family domain. Winemaker David Cilli recently explained to me that it’s not a “second wine,” since most of those tends to be blends of younger vines or crafted from the wines leftover from the production of the grand vin. Instead, this is its own entity, made from vines that are farmed with the intention to go into Penultimate all along. The fruit comes from mature vines that “are taking longer to understand,” Cilli told me. These vines aren’t quite right for Promontory, though there are a number of blocks that have progressed from Penultimate to Promontory. Cilli explained that Will Harlan, who runs Promontory, describes Penultimate as being like a sketch before the final painting. At $375, compared to $850 for Promontory, it’s also far more accessible…and still a blockbuster. I recently tasted two bottlings, the 2014 and 2016, to try and understand the character of the land as seen through the lens of two very different vintages.

The nose on the 2014 is magnificent—eucalyptus, mint, and assorted balsamic notes are shimmeringly clear and detailed, and joined by Amarena cherry pastry creme, mineral, pine, sage, thyme and, as Cilli said, not the forest floor but the canopy—a fine but deeply important distinction. The palate drips with currants, cherries, cherry pipe tobacco, blood oranges, star anise, Chinese five-spice powder, and mineral, all of it vibrating with energy. It’s a wine of deep character and soul, weightlessness and balance, and with length and depth to spare, tannins that are brilliantly integrated and lifted, and the ability to age for at least the next decade and beyond…but I wouldn’t wait that long: Right now, it is impeccable.

As for the 2016, it’s also stellar, with cedar and a touch of sandalwood, currants and black-cherry pastry creme, singed mint and sage, all before a beautifully structured palate with a deep mineral core, herbs and savoriness, and the potential to gain greater plushness and depth as it ages. Cilli thinks that it will “gain even more flow, with tension, freshness, and minerality…it will be so much fun,” he told me. I couldn’t agree more, yet even now, this gorgeous evocation of its place of origin is haunting, and promises to evolve for another two decades-plus. The new vintage of Penultimate, the 2016, will be released to members of Promontory’s allocation list on August 10th, in addition to limited quantities of the 2012, 2013, and 2014.

Penultimate is a wine that’s deeply tied to its place of origin, a red of character, longevity, and … [+] grace.

Home Videos The WORLD of WINE – Wine News. Cheap wine, tasting notes and cooking with wine The World of Wine – May 2021 … END_OF_DOCUMENT_TOKEN_TO_BE_REPLACED

How to visit Napa Valley on a Budget. In this video Carson and I explain a few ways to enjoy Napa on the cheap. Tip and advice about how to visit Napa … END_OF_DOCUMENT_TOKEN_TO_BE_REPLACED

Home Videos Get To Know Argentina Wine | Wine Folly If you love Malbec, Argentina is your ultimate wine region. But that’s not … END_OF_DOCUMENT_TOKEN_TO_BE_REPLACED