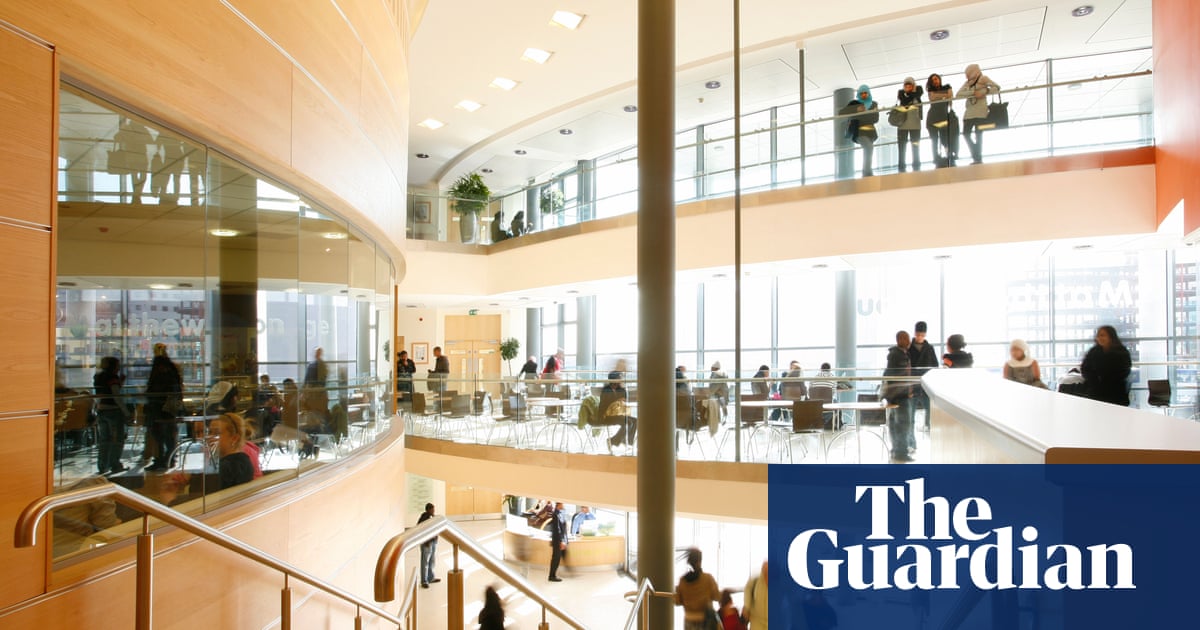 Your leader rightly deplores the severe reductions in adult education and part-time learning provision in recent years (The Guardian view on adult education: bring back evening classes, 21 March). This has numerous negative consequences, not only for potential adult learners themselves but also for wider society. One key aspect of such education, which has now virtually disappeared, is critical liberal adult education. In my view, this is a foundational aspect of a vibrant, participative democracy, which requires an informed, socially aware and tolerant citizenry. Adult education is thus a key element in civil society.

Some years ago, Raymond Williams argued that the primary task of the adult educator was “to critique the prevailing common sense”. University extramural departments and the Workers’ Educational Association (WEA) and other similar organisations provided the space where such critical education was provided – much of it for adults who had had no opportunities for education since leaving school at the minimum age. Moreover, from this symbiotic relationship between adult students, with rich life experience, and tutors, with academic expertise, emerged such seminal works as EP Thompson’s The Making of the English Working Class.

Unless and until we recreate, in appropriate contemporary forms, such critical, “social purpose” adult education, we are at real risk of undermining our democracy.
Richard Taylor
Former director of adult education and lifelong learning, universities of Leeds and Cambridge; former chair of trustees, WEA

In your editorial on adult education, your argument rightly concerned improving literacy and training for reskilling. However, if lockdowns have taught us anything it is surely that tuition is essential for developing leisure skills. Lockdown with furlough pay has been mentally scarring for some, but consider what retirement on less income is like. I was fortunate that in my 30s to 40s I was able to try painting (I hadn’t got much colour sense) and pottery (the clay wouldn’t stay where I put it) without a large outlay on equipment, as it was shared between a large community. Sculpture, woodworking and metalworking came next, and wine-tasting. Now, retired, I can explore these skills and supplement them with writing, music and photography. Lockdown? I hardly noticed it. But it is essential for the mental health of future generations that leisure skills are available as subsidised topics at evening classes for all.
Donald Hawthorn
Ruddington, Nottinghamshire

During the 1980s and 90s I taught Norwegian at evening classes, first in London and then in Newcastle upon Tyne and Sunderland. Some came for family reasons, some because of work, but many came because they had met Norwegians on holiday. Since almost all Norwegians speak English it is certainly not necessary to learn it, but they wanted to be able to talk to their friends in their own language and understand a bit about their culture.

For many of my students this was the first time they had tried different sounds, different ways of expressing themselves and above all, different ways of looking at things. They enjoyed learning, they gained confidence, and they enjoyed their encounter with Europeans and a wider world. Cutting down evening classes has had a massive effect in making this country more insular – and less good at thinking.
Dee Thomas
St Albans

It was great to see your editorial on the benefits lifelong learning can bring. We at Birkbeck, part of the University of London and the only constituent college with a part-time focus, have been pursuing this agenda for nearly 200 years – supporting working Londoners through evening teaching. We know the government has raised the profile of this issue through the “Skills for Jobs” white paper, but further support is needed for part-time higher education. With increasing numbers of graduates (in fact pre-pandemic London had a 50% graduate workforce), for some the only way will be to reskill rather than upskill. This may mean studying, part-time, at a similar level to the qualification they already hold. To that end we would ask the government to further support part-time study through its strategic priorities grant in the next spending review. This will increase opportunity and choice for all.
Prof David Latchman
Vice-chancellor, Birkbeck, University of London

As a longtime tutor in adult education (creative writing), I would point out another important factor: the helpfulness, for retired people, of getting them together with other people, exchanging ideas, and exercising their brains. Many of my students were retired; some had long ago been told by their teachers that they were bad at writing, and were now excitedly using their imaginations for the first time; some were taking a much-needed weekly break from caring responsibilities; some were writing their life history and often coming to terms with past pain.

The utility of this goes way beyond employment, which was what the 1990s government changes to adult education wanted us to focus on. As you say, this probably led to wider savings in health. I used to feel that by participating in my classes these admirable people were protecting their mental health; maybe also their physical health. I would add that I feel privileged, still, to have been able to work with them.
Lesli Wilson
Reading, Berkshire

Your editorial on adult education highlights the urgent need for initiatives to be provided in a wide variety of settings for adults with previously limited educational opportunities.

Prior to major cuts in all forms of adult education, there were a number of projects which focused on developing this provision.

For example, between 1982 and 1986 Leeds University adult education department organised 343 ‘‘courses’’ which attracted 4,000 participants. These were organised with working-class groups in Leeds, Bradford and subsequently Teesside, and held in many different venues such as community centres, church halls and working men’s clubs. Courses were organised for unemployed people, older adults, women and BAME groups. Community groups, local voluntary organisations and tenants’ associations were centrally involved in these initiatives.

Close links to the TUC’s network of 210 Unemployed Workers’ Centres led to regional day schools and national residential courses (held at Ruskin College for many years).

Education for the “missing millions” was a key issue in the 1980s. It’s a tragedy that it is even more needed now.
Kevin Ward
Leeds

In your leader you note the erosion of adult education and emphasise its importance in allowing people a second chance.

I grew up in Risca in south Wales, a small town which had a thriving adult education centre – Oxford House. In 1972 this was catering for some 1,600 students and acting as a social, cultural and educational centre for the area.

Most of its classes were not vocational. They met a wide range of interests such as Welsh, geology, psychology, car maintenance, amateur dramatics, dressmaking and industrial archaeology.

Over time, the funding of adult education courses became dependent on them leading to qualifications – which most of these adult learners were not seeking. Many of the general interest classes got squeezed out.

A revival of adult education must go beyond providing training for “skills”. It needs once again to feed that hunger for learning for its own sake.
John Boaler
Calne, Wiltshire

“Hear! Hear!” to your leader. In the early 1960s I taught French conversation evening classes once a week at Risinghill school, run by the much-lamented ILEA.

Among my students were Charles Weekley, son of Frieda Lawrence, (later married to the novelist DH Lawrence) whose first husband was the eminent linguist Ernest Weekley, a retired Welsh miner, a chef and a retired office cleaner. They had all come to learn for pleasure – no tests or exams.

Charles, whose French was fluent and better than mine, entertained us with stories of the Lawrence household, the chef described mouth-watering dishes, the miner talked about his life in the mines and the cleaner told us about some interesting habits of the occupants of the houses she cleaned.

With this this heady mix of sex, food, politics and social mores, we had hugely enjoyable evenings – and I hope they felt that their French improved!
Eva Tutchell
Teddington, London

I did not go to a conventional university, instead training and working as a nurse and midwife during the 1960s, 70s and 80s. But I did achieve a degree, in a wide range of social science subjects, with the admirable Open University, at a modest cost.

More recently, I have studied, and would thoroughly recommend Future Learn, the totally free offshoot of the OU . Again, a wide range of subjects, in the arts, sciences, and other subjects; short courses, totally free, and with, to me, one of the most interesting elements – the ability to correspond not only with tutors, but with students all over the world doing the same course. On completion, students may obtain a certificate of achievement at a modest cost.

I have just finished a course on sustainable futures, after several other climate change-related courses, in preparation for a greater understanding of Cop26 in November. If anyone is still in lockdown, and looking for something useful, interesting, and relevant to the world today, then just sign up for Future Learn. Just Google it.
Rose Harvie
Dumbarton

Home Videos The WORLD of WINE – Wine News. Cheap wine, tasting notes and cooking with wine The World of Wine – May 2021 … END_OF_DOCUMENT_TOKEN_TO_BE_REPLACED

How to visit Napa Valley on a Budget. In this video Carson and I explain a few ways to enjoy Napa on the cheap. Tip and advice about how to visit Napa … END_OF_DOCUMENT_TOKEN_TO_BE_REPLACED

Home Videos Get To Know Argentina Wine | Wine Folly If you love Malbec, Argentina is your ultimate wine region. But that’s not … END_OF_DOCUMENT_TOKEN_TO_BE_REPLACED