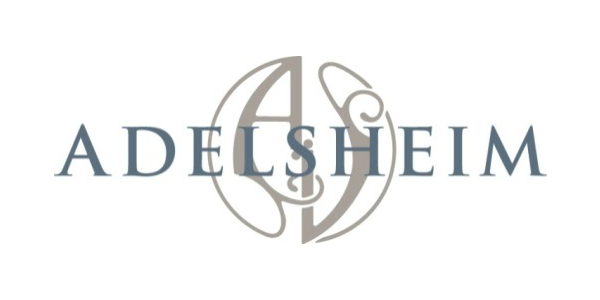 NEWBERG, Ore. (Feb. 18, 2021) – Adelsheim Vineyard is honoring its 50th anniversary with a celebration of its heritage and future in the Chehalem Mountains, as well as its position as one of Oregon’s North Willamette Valley founding wineries. The iconic winery will pay homage to the lofty dreams and pioneering spirits of its own history and that of its peers with the introduction of Founders’ Stories, a 10-part interview series hosted by David Adelsheim, as well as the launch of several commemorative wines, including library selections of Elizabeth’s Reserve, vintage artist labels and a brand new release called “The Deed.”

“In 1971, Ginny and I took our life savings and purchased a south-facing property in Oregon’s North Willamette Valley. It became our first estate vineyard,” said David Adelsheim, founder and original winemaker for Adelsheim Vineyard. “We did not yet understand that we would be one of just 10 families who would make wine from grapes planted on our properties in that region before 1980. As we celebrate our 50th anniversary this year, it is important to share the personal stories of our fellow founders and how our continued collaboration shaped the success of the wine industry in Oregon’s North Willamette Valley.”

As Adelsheim sought to celebrate its 50th anniversary, it quickly realized that the only way to truly tell its story was to tell the story of that entire first generation of North Willamette Valley wineries. David Adelsheim personally interviewed his fellow nine founding winemaking families, as well as his former wife and Adelsheim co-founder Ginny Adelsheim:

Their discussions went beyond the widely known histories to discover the people behind the wines, and what led them to build the region’s uniquely collaborative and incredibly successful wine industry.

The trailer for the series is currently available at adelsheim.com/50years, and new installments of David Adelsheim’s Founders’ Stories interviews will be released on the first of each month starting in March. The interviews can be found on the following channels:

In observance of its 50th anniversary, Adelsheim will release numerous commemorative wines and merchandise throughout the year, including specialty magnums with collectable labels. The first such offering includes three vintages of Elizabeth’s Reserve. Elizabeth’s Reserve has historically been one of the winery’s most iconic wines, initially launched in 1986. Familiar and nostalgic to many, the wine – fondly referred to as “Lizzie” – encapsulates the terroir of the Willamette Valley. David Adelsheim and current winemaker Gina Hennen selected three vintages of the wine that are part of the winery’s Drink It Now Library Collection: 2009 ($100 per bottle), 2010 ($90 per bottle) and 2012 ($125 per bottle). The latest commemorative wines and 50th merchandise can be found at www.adelsheim.com/50years.

“It has been such a pleasure to work for and alongside David over the years and help this incredible company grow and evolve,” said Hennen. “What has remained constant over Adelsheim’s five decades is our commitment to creating expressive, authentic, world-class wines that honor our home in the Chehalem Mountains. With this ethos leading our vision, we look forward to the next fifty!”

Adelsheim, located in Newberg, Ore., was founded with an optimistic spirit and a lofty dream: to create world-class Pinot noir and Chardonnay in an undiscovered wine region, the Chehalem Mountains of Oregon’s Willamette Valley. Since 1971, we have obsessively pursued exceptional wines of place, that celebrate the unique bounty of our estate vineyards. As a founding winery of the Willamette Valley and Chehalem Mountains’ first winery, Adelsheim has played an instrumental role in nearly every aspect of the Oregon wine story. As leaders, we believe it is our duty to be steadfast stewards of this abundant land and to rally our community in support of equity and education. Adelsheim is a LIVE certified sustainable winery, and a seven-time Wine & Spirits Top 100 Winery. For additional details about Adelsheim’s 50th anniversary, please visit adelsheim.com/50years.

Home Videos The WORLD of WINE – Wine News. Cheap wine, tasting notes and cooking with wine The World of Wine – May 2021 … END_OF_DOCUMENT_TOKEN_TO_BE_REPLACED

How to visit Napa Valley on a Budget. In this video Carson and I explain a few ways to enjoy Napa on the cheap. Tip and advice about how to visit Napa … END_OF_DOCUMENT_TOKEN_TO_BE_REPLACED

Home Videos Get To Know Argentina Wine | Wine Folly If you love Malbec, Argentina is your ultimate wine region. But that’s not … END_OF_DOCUMENT_TOKEN_TO_BE_REPLACED