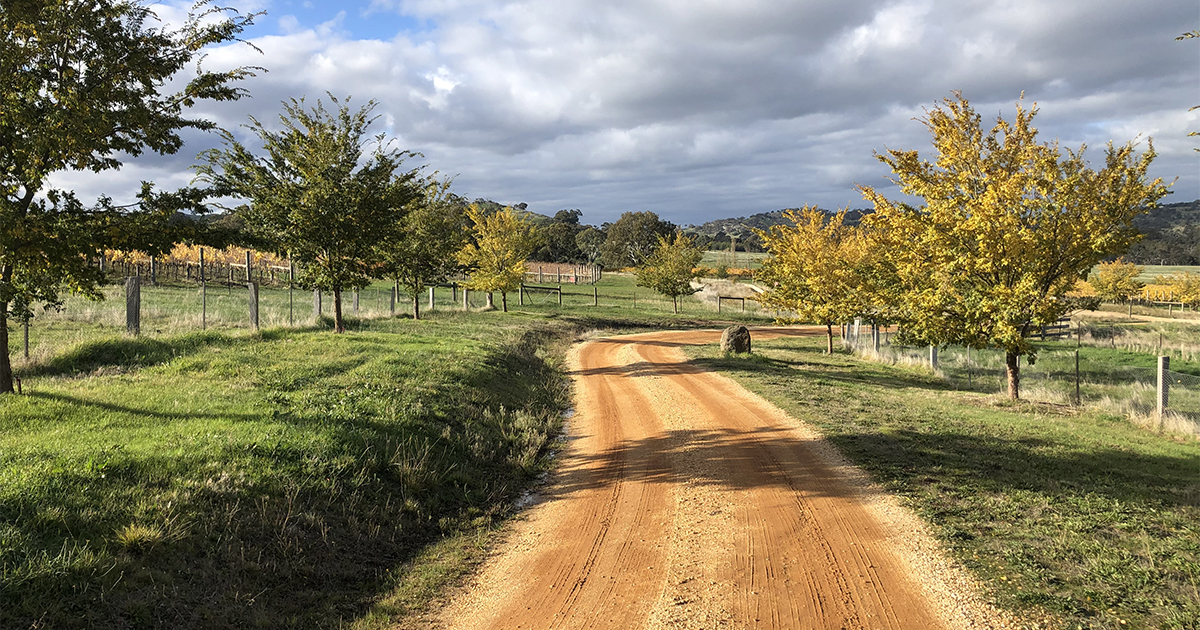 Acknowledgement of Country can be given by anyone and recognises the traditional Aboriginal owners and ongoing custodians of the land. Since being adopted at government events in the early 2000s, these official acknowledgements have gained a growing acceptance in the wider community, with wine producers among those warming to its use.

There is a connection, if not a compatibility, between the act and an industry that depends on farming, tradition and history to sustain it. That relationship is a deep and resonating force in the vineyard throughout the year, culminating with harvest.

While speaking at an industry conference several years ago, Sue Bell of Coonawarra’s Bellwether Wines addressed the issue. “Every year during vintage in Australia, we capture what the climate, our inputs and the land gives to us in the wines we make, each wine the result of our interactions with the land,” she explained. “Indigenous culture and connection to country are similar to the complex interactions we understand as terroir.” 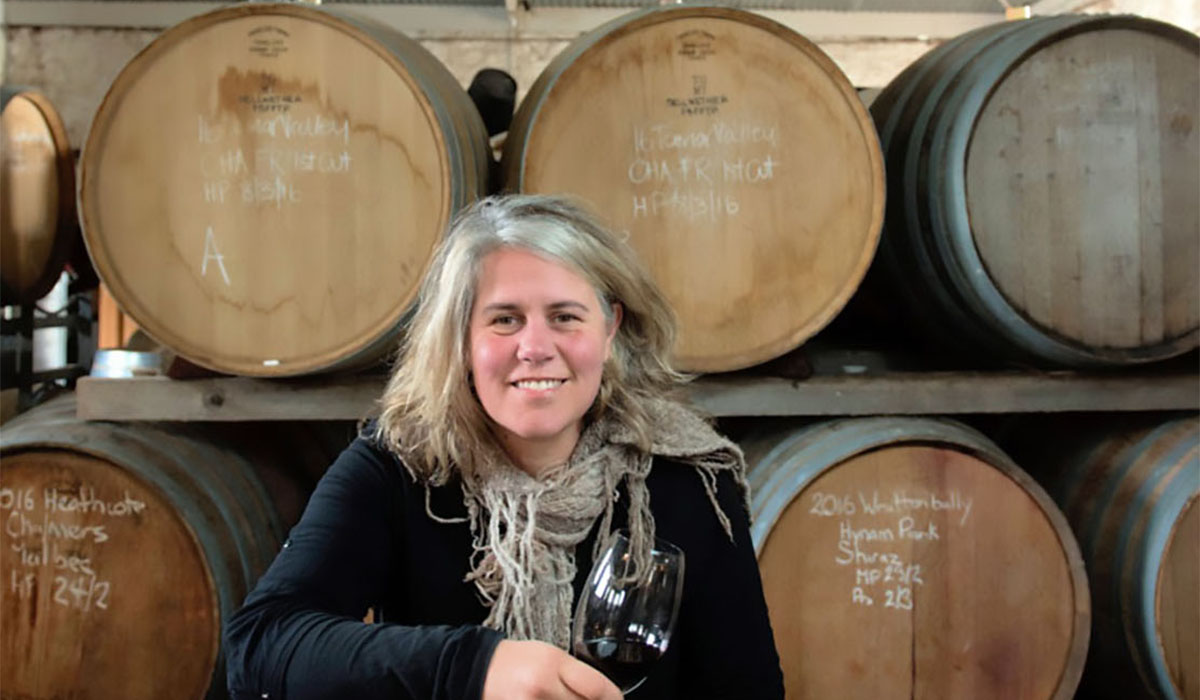 Sue Bell of Bellwether Wines in SA sees similarities in connection to country and the idea of terroir.

Sue, who has Aboriginal heritage, believes embracing and learning from people who have lived here and watched the seasons for tens of thousands of years can give Australian producers an advantage over other wine-producing countries.

Recognition on wine labels began quietly, slowly, a few years ago. It has since developed further with some producers offering immersive cultural experiences at their wineries and vineyards, working with local traditional owners…

Acknowledgement of Country can indeed be the start of a closer relationship, but its use can also raise questions. Should producers embrace it as recognition of the land and the original people who tended it for thousands of years before vineyards? Or is it a cultural appropriation, or perhaps an inappropriate marketing tool? Opinion is divided.

Australia’s leading wine industry organisations offer no official policy on the issue. Tony Battaglene, chief executive of Australian Grape and Wine, says he finds its use “surprising”. “Unless the producers are Indigenous, then it seems difficult to understand the rationale for incorporating a cultural aspect like this,” he says.

Wine Victoria’s Chair Angie Bradbury advises, unofficially, on an approach that embraces an acknowledgement across all aspects of a wine business, from cellar door to website and bottle labels, as well as events. “If it’s done with the appropriate respect, raising awareness of Indigenous Australians can only be a good thing,” she says.

Recognition on wine labels began quietly, slowly, a few years ago. It has since developed further with some producers offering immersive cultural experiences at their wineries and vineyards, working with local traditional owners to present educational talks and walks. Small and medium winemakers lead the way.

Those who support the acknowledgement do so with a strong commitment. Neil Prentice at Moondarra in Victoria’s Gippsland is the fifth generation of his family to live on the land in Gunnai Kurnai country. “I feel an enormous connection,” he says. “I cannot conceive how deep the attachment would be after 40,000, 70,000 or 100,000 years.”

Perhaps the best-known proponent is Vanya Cullen of Cullen Wines in Western Australia’s Margaret River. As a pioneering voice of biodynamic winegrowing and making in this country, she has often spoken of her role as a custodian of the land and its “energy”. She says it feels good to make an acknowledgement of the local Wadandi people. “I think it’s a great thing happening in Australia now, that people are acknowledging there was a very sophisticated, cultural and sustainable agriculture way in existence for a long while.” 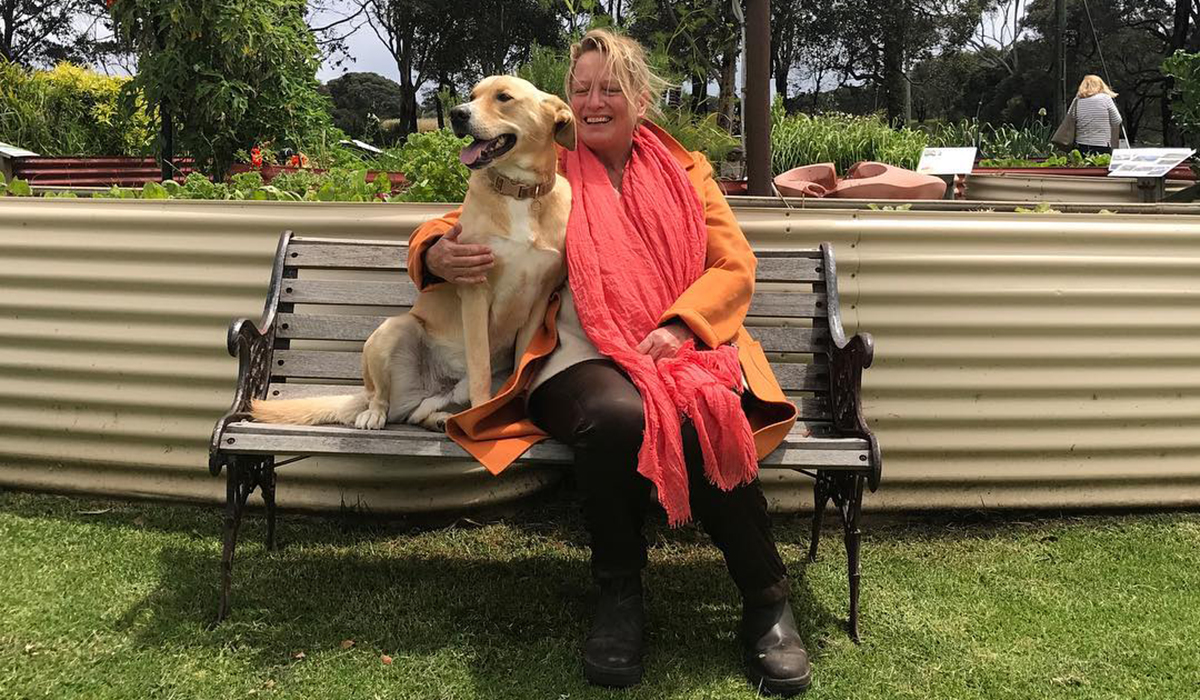 Vanya Cullen of Cullen Wines in WA says it feels good to make an acknowledgement of the local Wadandi people.

That the acknowledgement comes from producers of an alcoholic product doesn’t sit well with everyone. There is a general unease about the role alcohol has played, and continues to, in contributing to the breakdown in Aboriginal communities and culture. “I do question alcohol being a vehicle for recognition,” says Macedon Ranges winemaker Michael Dhillon of Bindi Wines. Other producers cite the lack of any national or state treaty, or recognition of Aboriginal people in the Australian Constitution.

Then there is the often disconnected, rushed acknowledgement given by so many speechmakers and the concern that an acknowledgement on a wine label might just as easily be seen as lip service. Such is the case for Tom Carson of Yabby Lake Vineyard on the Mornington Peninsula. “I just feel uneasy that it could look pretty hollow, particularly if the wine company has no other connection or history with the local first nation community,” he says.

Sue Bell remains hesitant about printing a recognition on her own labels. She stresses that it’s not to do with the production of an alcohol-based product – she believes alcohol abuse is not particular to any one demographic – it’s more to do with getting it right. People need to acknowledge the correct language nation for the area where grapes have been sourced. Sometimes, the traditional owners are clearly known, but other times they are not. In her own case, Sue is pursuing more research for the regions where she sources grapes. “I think it’s better to be accurate,” she says.

And for those interested in considering an acknowledgement, well-known writer and Bunurong man Bruce Pascoe, author of Dark Emu, has a simple piece of advice. “I think wine producers should get in touch with the group from the district where they grow,” he says.

Connecting with local Aboriginal groups as the first step in any planned acknowledgement is vital. Start the conversation.

Top image: The outlook at Victoria’s Bress and Lome Vineyard, where vigneron Chris McCormack is passionate about the site’s Indigenous heritage. For more from Chris on Acknowledgement of Country, see the full story in Halliday magazine.

Home Videos The WORLD of WINE – Wine News. Cheap wine, tasting notes and cooking with wine The World of Wine – May 2021 … END_OF_DOCUMENT_TOKEN_TO_BE_REPLACED

How to visit Napa Valley on a Budget. In this video Carson and I explain a few ways to enjoy Napa on the cheap. Tip and advice about how to visit Napa … END_OF_DOCUMENT_TOKEN_TO_BE_REPLACED

Home Videos Get To Know Argentina Wine | Wine Folly If you love Malbec, Argentina is your ultimate wine region. But that’s not … END_OF_DOCUMENT_TOKEN_TO_BE_REPLACED