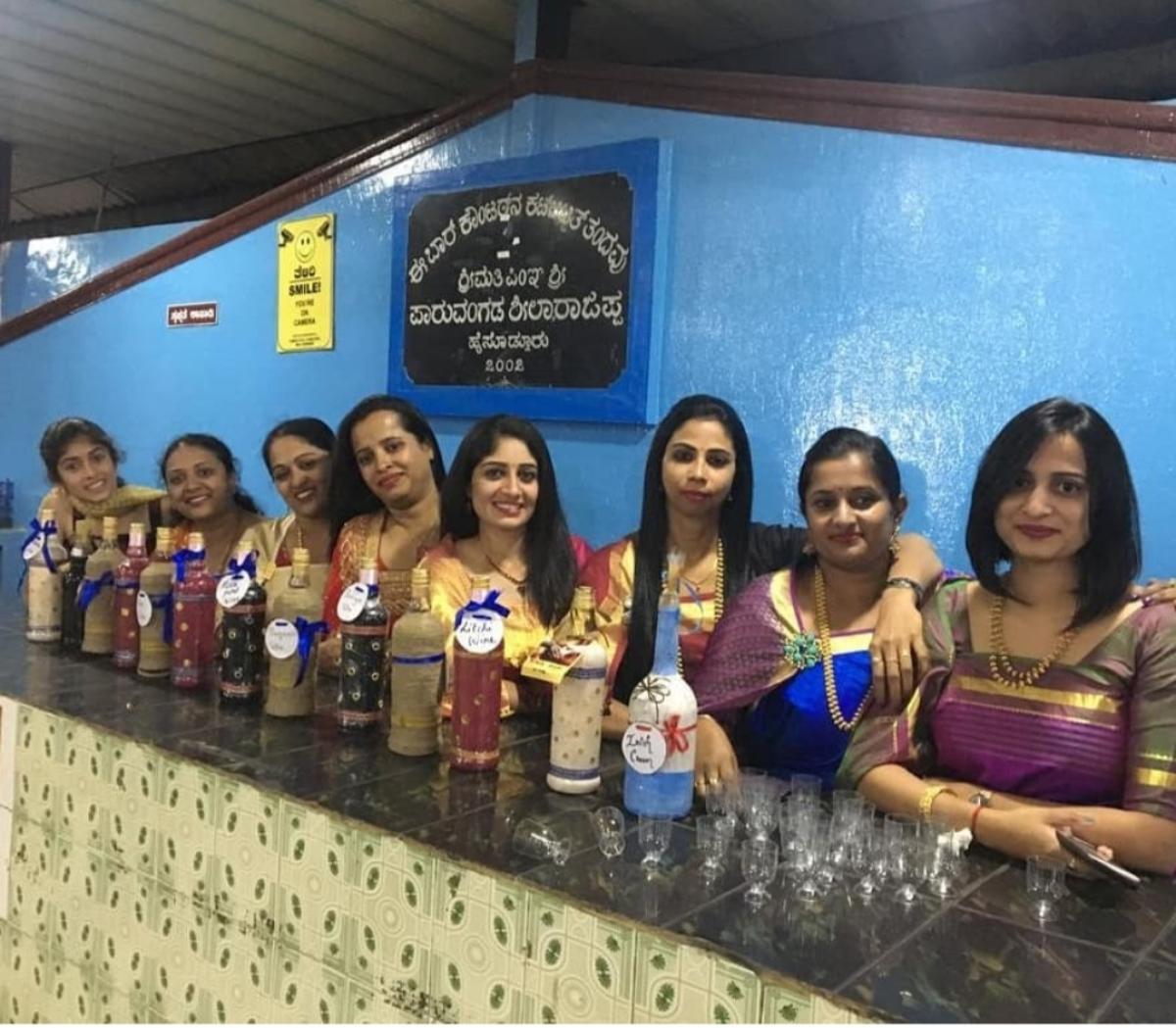 Wines from grapes are popular but what about wines made from other fruits or even flowers?

Wine prepared from different kinds of fruits available all year long is a part of Kodava heritage. Believed to be introduced by the British, this tradition is generally passed down from one generation to the next.

“Kodavas have traditionally been making wine and other types of fermented beverages. I remember my grandmother, father and uncle making wine in their free time and they would often experiment with the ingredients and the process,” says Cheppudira Gita Chengappa, who learnt to make wine from her grandaunt’s recipe book on traditional Kodava dishes.

Earlier, Kodavas would make wine for home consumption. But with a drop in revenue from coffee and pepper plantations in recent years, many women have taken up winemaking professionally to supplement the family income.

The fruits used for wines change depending on the season. It is grapes in January, oranges in February and March, pineapples in April and May. The plums that grow in the rainy season are used to make brandy.

Winemaking comprises three stages: fermentation (when the fruits are allowed to ferment), maturation (the period after fermentation and before bottling, when the wine is filtered and stirred) and ageing (after the wine is bottled).

Though wine becomes ready for consumption in a month or two, allowing it to age a little makes it taste better.

For Mookonda Rozy, it was the appreciation she received for her first batch of wine that made her take it up professionally. She now makes over 500 bottles of wine in a year.

While many women individually prepare wine at their homes and get orders by word of mouth, government organisations such as the National Bank for Agriculture and Rural Development (NABARD) help them form clusters, provide capital and help market their products.

“Within the cluster, groups of 10 to 15 women are formed. Each group is engaged in a particular activity such as making wines, snacks, chocolates, jellies, cakes, etc. Their products are sold under the Flavour label in NABARD’s Rural Marts,” says Mundanda Nanaiah, former Kodagu District Development Manager of NABARD, who was instrumental in establishing the cluster.

“Our wines are purchased by tourists as well as for functions. We sell around 60 bottles a month,” says Vilina Kariappa, who is part of the winemaking group.

So next time you visit Kodagu, do try these unique blends.

Home Videos The WORLD of WINE – Wine News. Cheap wine, tasting notes and cooking with wine The World of Wine – May 2021 … END_OF_DOCUMENT_TOKEN_TO_BE_REPLACED

How to visit Napa Valley on a Budget. In this video Carson and I explain a few ways to enjoy Napa on the cheap. Tip and advice about how to visit Napa … END_OF_DOCUMENT_TOKEN_TO_BE_REPLACED

Home Videos Get To Know Argentina Wine | Wine Folly If you love Malbec, Argentina is your ultimate wine region. But that’s not … END_OF_DOCUMENT_TOKEN_TO_BE_REPLACED