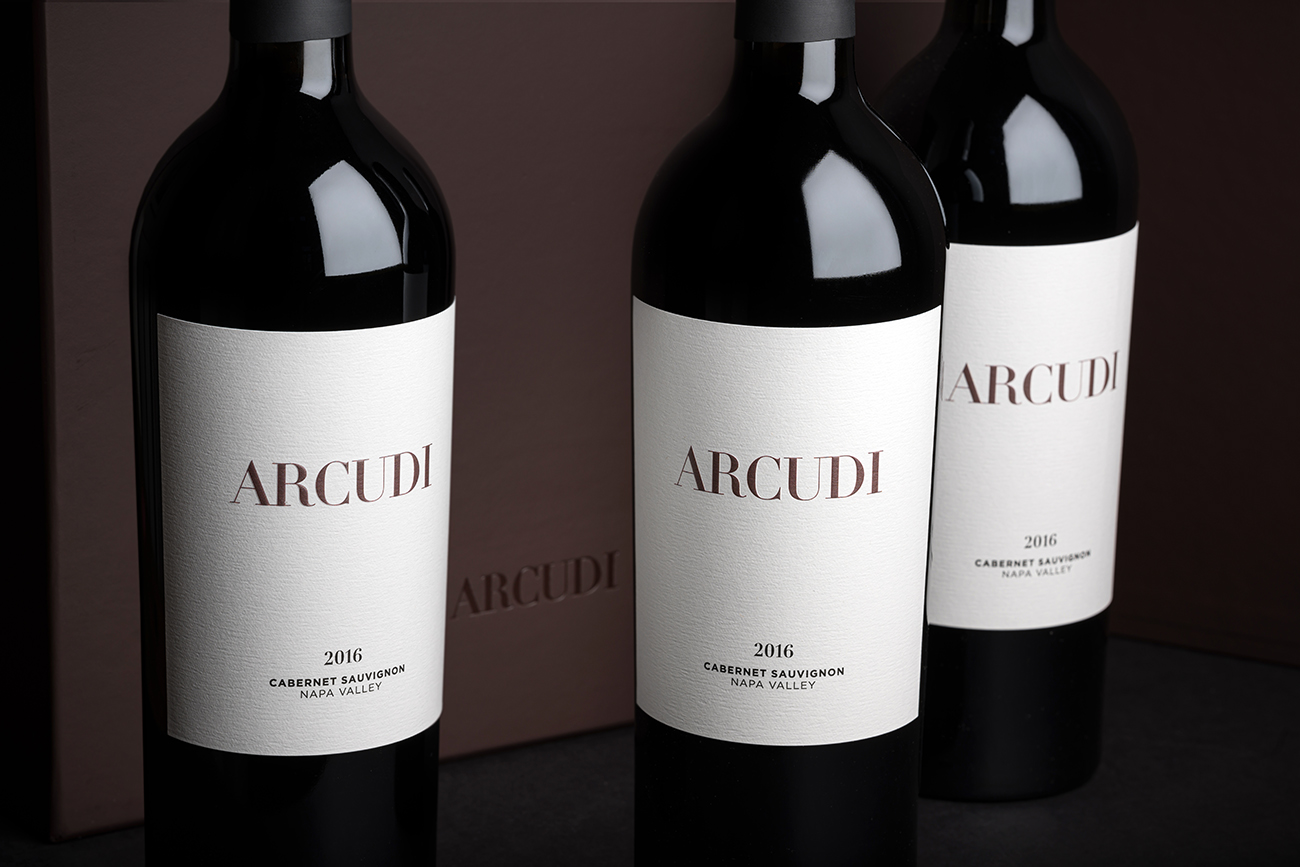 From Naval missile navigation engineer to product manager for IBM to award-winning winemaker, Tony Arcudi’s path to Napa Valley was not of the straight and narrow variety. Arcudi, winemaker and owner of the eponymously named ARCUDI Wines, was closing in on his fourth decade when he finally decided to indulge his viticultural passion. At age 38, the Boston native hopped in his car and drove west to the land of vinous opportunity, not knowing what might await but feeling that it was a now-or-never proposition.

“I’d had a great career in the tech sector where I enjoyed promotion after promotion, but it just wasn’t for me,” said Arcudi, whose early experiences helping his mom in the kitchen inspired a love of good food and wine. “I was doing a lot of cooking, and I bought and studied wine, but it was merely a hobby. I felt I was doing the right thing, the practical thing, by sticking with my tech job.”

A particular glass of Châteauneuf du Pape, enjoyed in his late 20s, sealed his fate. “That glass shook me to the bone,” said Arcudi, who also serves as winemaker at Kapcsándy Family Wines in addition to assistant winemaker at Fantesca under head winemaker Heidi Barrett. “At that moment, wine for me went from simply being a beverage to being something one can experience fully. That was my a-ha wine moment. I was living a life of acedia, longing for something purposeful and fulfilling, and then and there, I knew I was missing my calling.”

It would be nearly a decade before he took the leap. A series of personal setbacks left him feeling that he had nothing to lose; he was in a position to take a chance. He had no plan when he left for California, just an abundance of desire and determination. “I had to give it a try,” said Arcudi. “I knew deep down I’d be happier making wine and living under a bridge than being tied to a paycheck and a corner office. There was no turning back.”

His desire to study enology and viticulture at the University of California, Davis, was met with derision. A high school grad with mediocre grades, he was told by the UCD admissions director to get his associate’s degree and try again. So he did, ultimately receiving the coveted UCD Regents Scholarship. Following his graduation from the program, Arcudi went on to earn a viticulture internship at prized Stagecoach Vineyards and a fellowship from the International Wine and Food Society. While working as an associate winemaker at Nickle & Nickle, Arcudi met Barrett at a winemaker’s conference; she was intrigued with his Naval experience, as her father-in-law had also served on Navy submarines. After a successful blind tasting where Barrett and her team asked Arcudi to describe three wines, Barrett hired him in 2009 to assist her as associate winemaker at Fantesca. He has been at her side ever since, while simultaneously launching his own labels – ARCUDI in 2012 and TERRAMAGRA by ARCUDI in 2021 – as well as serving as head winemaker at Kapcsándy, where he earned two 100-point ratings on his first vintage, followed by a third 100-point score with a 2018 vintage wine.

“After ten years, I was an overnight success,” joked Arcudi. “It takes a long time to learn this craft. If one wants to perfect roasting a chicken, one can go buy 100 chickens. But with wine, we only get one chance each year to get it right.”

And Arcudi gets it right, year after year, crafting luscious, small production, single-vineyard cabernet sauvignons under his ARCUDI label with grapes grown in distinguished vineyards on Howell Mountain, in the Pritchard Hill region, and serendipitously at Stagecoach Vineyard where he got his start. He also produces a Russian River chardonnay. Said Lisa Perroti-Brown of Robert Parker Wine Advocate, “These are consistently solid wines with a lot of expression and soul.”

Chicago resident Dominic Curcio met Arcudi six years ago via a tour guide introduction during his annual trip to Napa and has been a fan ever since. “I live in Chicago, and my wife and I go out to Napa once a year and like to find new wines and meet with the owners/winemakers,” said Curcio. “We met Tony at his house to taste his first vintage. We loved the wine and especially loved Tony’s enthusiasm. We sat for more than two hours talking about wine, books, and his time in submarines. His background is very unique given his Naval experience. For him to get to the pinnacle and to be a top winemaker is amazing. Tony’s cabernet ranks amongst those that sell at twice as much. I rate them among my favorite, and I appreciate that he has kept true to his pledge to keep ARCUDI at $150 per bottle.”

Kate and Warren Mead of Boston have been fans since the first bottling of ARCUDI. “Arcudi cabs stand up with the best,” said Kate. “They are rich in flavor with a smooth finish. His original vintage, using cabernet sauvignon grapes from the Black Sears Vineyard on Howell Mountain, is still one of our favorite wines. It is a full-bodied cab, with the complex notes that Tony brings out in a skilled way.”

Added Warren, “When I told him that I was not much of a pinot drinker, he responded with ‘well you have never tried my Pinot.’ To this day, his is the only pinot that I drink.”

Arcudi’s new TERRAMAGRA label (93% cabernet sauvignon and 7% merlot) is what he calls ‘Wednesday night wine,’ his response to fans seeking a quality wine at a lower price to enjoy with weeknight dinners. Inspired by family, the name Terramagra pays homage to his mother’s maiden name and Sicilian roots. Appropriately, Terramagra also translates to ‘meager Earth,’ a description for the soil that yields the best grapevines. Like Arcudi, these wines embody the success that comes from humble beginnings.

“When I first arrived in the Valley, Napa was a walled garden, and I was an outsider,” said Arcudi. “It was one wall after the next, but as Marcus Aurelius tells us, the obstacle is the way. The walls were tests to find out if I really wanted to do this.”

Clearly, he did. The proof is in every bottle of ARCUDI and TERRAMAGRA.

Home Videos The WORLD of WINE – Wine News. Cheap wine, tasting notes and cooking with wine The World of Wine – May 2021 … END_OF_DOCUMENT_TOKEN_TO_BE_REPLACED

How to visit Napa Valley on a Budget. In this video Carson and I explain a few ways to enjoy Napa on the cheap. Tip and advice about how to visit Napa … END_OF_DOCUMENT_TOKEN_TO_BE_REPLACED

Home Videos Get To Know Argentina Wine | Wine Folly If you love Malbec, Argentina is your ultimate wine region. But that’s not … END_OF_DOCUMENT_TOKEN_TO_BE_REPLACED