A ‘superyacht’ is not only sizable, but luxurious.

These yachts are propelled by sail or motor (or both) and are between—approximately—130 and 590 feet (40 and 180 meters) long. They are professionally crewed, crafted to provide both privacy and comfort to guests, and are fitted with elegant entertainment and dining facilities. According to writer Bill Springer, these yachts are also typically divided into three distinct zones: a helm that is separate from the guest area, a luxurious center section and a large (often teak) boarding platform at the back.

Superyachts can be as comfortable as five-star hotels as they travel the world, and often provide both entertainment and exploration opportunities for those on board.

Consider the superyacht Twizzle, which is currently based at Palma de Mallorca in the western Mediterranean. It is 189 feet (57 meters) long and includes four cabins for nine guests (including a master suite) as well as quarters for 11 crew. Constructed in the Netherlands by Royal Huisman and launched in 2010, the yacht was designed by Redman Whiteley Dixon, with décor provided by Todhunter Earle Interiors and architecture by Dubois Naval Architecture.

Twizzle has circumnavigated the earth twice under two sets of owners and has also flashed its panache by winning an award from the International Superyacht Society for best interior, and also taking third place in a regatta in Saint Bart’s. After its current 10-year refit is completed, Twizzle will be poised to charter with enough goodies to woo even those who disdain leaving home: air conditioning, satellite television, WIFI, snorkeling and scuba equipment, a dive compressor, two kayaks, water skies, windsurfers, paddle boards and a retractable centerboard that allows the yacht to maneuver into offshore shallows.

The current captain of Twizzle is Luke Hoskins. From 2010 to 2017, Hoskins was first officer on the yacht before he left to circumnavigate the planet as captain of Aquijo—a high performance ketch. This trip included sailing around Cape Horn with Skip Novak (an authority on polar sailing) and visiting such remotes sites as Robinson Crusoe Island and Saint Helena. Once that trip ended, Hoskins knew his seafaring career would continue.

In late 2020, Hoskins returned to Twizzle as captain.

We recently spoke via telephone from where he is now based on Spain’s island of Mallorca. He explained what attracted him to the sea, and his current position.

Hoskins grew up in a small rural town named Matakana on the North Island of New Zealand. Located an hour’s drive north of Auckland, on Kawau Bay, the town is today renowned for excellent local food and wines. When young, he spent time on an old square rigger named the Spirit of New Zealand, which carried 40 teenagers on 10-day voyages to teach them ‘the ropes’ of sailing. He began as a trainee and later became leader and mentor. After studying philosophy and English literature at university in the city of Wellington, he left his home country almost two decades ago to travel. He worked on a schooner off the Pacific coast of Mexico, then on Schooner America (a replica of the first winner of what is now the America’s Cup) off of both Florida and Newport, Rhode Island in the U.S.

Hooked on the sea—Hoskins continued working on yachts and superyachts. In 2004 he traveled to Palma de Mallorca and began his work on various renowned craft—Tigerlily of Cornwall, Mirabella V, Athena and then Twizzle.

‘Twizzle was built in the Netherlands and launched in 2010. The special thing is that she was built by various superyacht owners who had commissioned multiple other yachts previously, and so spent a great deal of energy building her. The current owners took it around the world between 2017 and 2020—across the Pacific, up to Indonesia and Sri Lanka and the Maldives, then back to Europe. They love to go to interesting places. In the Caribbean they go to Cuba and Belize rather than the often-trodden paths between, say, Saint Marten and Saint Bart’s. They also really enjoy diving, so that’s always a big focus.’

Hoskins appreciated his eventual return to captain this superyacht.

‘In a way it has been like a ‘homecoming’ and I am really loving being back on Twizzle, a yacht which is very close to my heart and has been an enormous part of my life.’

A 10-year superyacht refit typically involves extensive engineering work, painting, and modifications to interior design. These activities typically take four to six months. On Twizzle, the work will take seven or eight months in order to provide a high degree of quality to design details.

When he was in his 20’s, American author Mark Twain worked as a riverboat pilot on the Mississippi River (his pseudonym ‘mark twain’ is a nautical term related to measuring the depth of water). He once wrote about how the allure of piloting a boat disappeared once he had mastered the skill set along the same portion of the river. Today, with multiple skill sets to wield and a world rather than a river to explore, superyacht captains can remain mentally challenged—and satisfied from such stimulation—for decades. Hoskins, for example, is experienced with nautical navigation and comfortable with managerial aspects of coordinating a crew. His real satisfaction now derives from seeing those on board truly enjoy their experience.

‘You get involved with the industry for travel and romance of sailing around the world. But I get most satisfaction nowadays from succeeding in gathering a group of people [crew] together who are seeking the same end goal: for guests on board to have a pleasurable experience. It’s not always easy, but gives a great deal of satisfaction.’

Luke’s father is from Philadelphia in the U.S. He traveled around New Zealand in the 1970’s, where he met and married his wife. They began growing grapevines in Matakana in 1987, and started producing Heron’s Flight wine. This year, their harvest of Italian Sangiovese and Dolcetto grape varieties is for their 31st vintage. Hoskins is now invested as part owner in the winery. He built a property on the estate, and stays there when visiting.

Parallels between Hoskin’s nautical career and sometimes involvement with winemaking are subtle—though important. Most skills improve with time and repetition; each skill provides different shades of satisfaction to those who wield them. A commonality shared by making wine and captaining a superyacht is that the truest rewards derive from providing pleasurable experiences—to others. 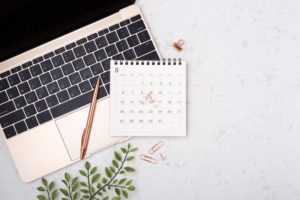 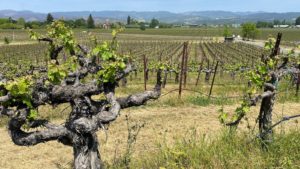 It was love at first sight for Florence Cathiard when she saw the property at Flora Springs. Florence, along with her husband, Daniel, owns Château … END_OF_DOCUMENT_TOKEN_TO_BE_REPLACED 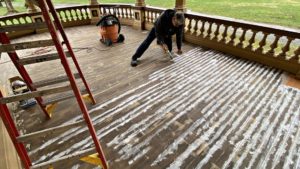