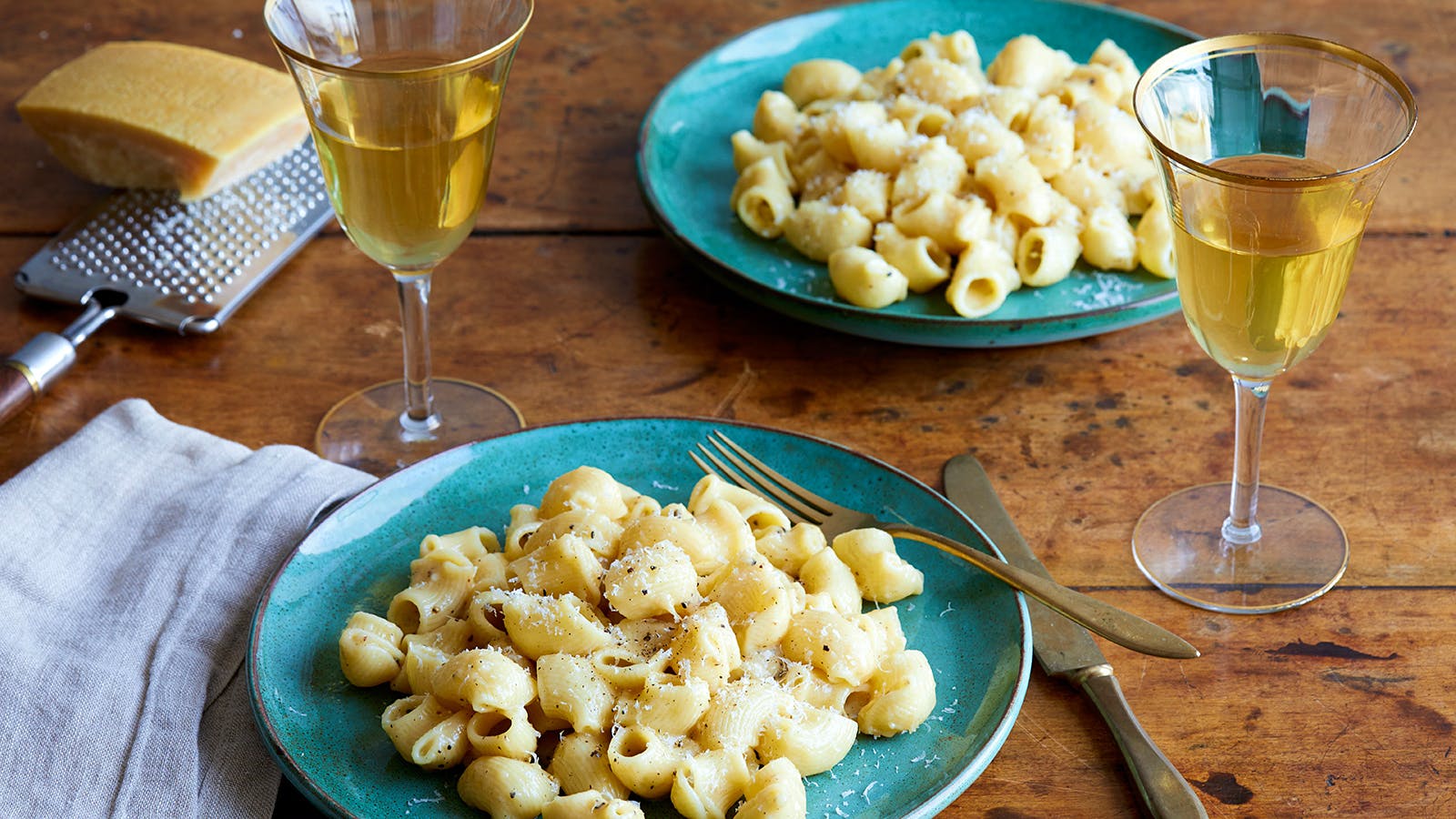 For Chris Borges, the arc of life has been a long boomerang from New Orleans to California and back again. Born and raised in the Crescent City, Borges spent more than half his life in the Bay Area, including stints at Cindy Pawlcyn’s San Francisco restaurant Roti in the 1990s and over a decade at high-end caterer Taste, where he cooked for public figures including Steve Jobs and Barack Obama.

In 2017, he returned with his wife and daughters to a city transformed. “When I was growing up here, it was always just sort of a running joke that, well, New Orleans gets everything 10 years after every other place does,” he recalls. But the rise of the Internet changed that, and the wreckage of Hurricane Katrina in 2005 drove city planning and infrastructure reforms that spurred unprecedented development and a massive influx of new residents.

“There’s still a big gap between rich and poor here,” Borges says. And yet, “There’s optimism for the future.” He has noticed the city coming together. Cultural rituals, like second line parades and Mardi Gras gatherings, are attracting people from all parts of the city. “It’s very multicultural now.”

Josephine Estelle’s version of the classic Roman pasta dish cacio e pepe spins a knob of butter into the namesake cheese and pepper for an extra-velvety sauce. Other than that, the simple recipe calls for pasta and salt—and that’s it. “It’s greater than the sum of its parts,” Borges says.

The dish is also profoundly comforting. Demand for cacio e pepe abided through the height of the pandemic in the spring, when restaurants closed and Borges was manning the kitchen alone, firing room-service orders for the few hotel guests, and demand for it continues now on the restaurant’s current pick-up and delivery menu.

Director of restaurants Steven Rogers, who oversees the Wine Spectator Award of Excellence–winning cellar, pairs the pasta with Monastero Suore Cistercensi Coenobium 2016. Produced by an order of Trappist nuns about 90 minutes north of Rome in the region of Lazio, this white blend bears notes of Meyer lemon and pecan skin as well as a gentle “resonance of brewed tea,” according to Rogers. Its medium body matches the weight of the rich cheese sauce while floral aromatics play on the black pepper.

Chris Borges of Josephine Estelle, in New Orleans’ Ace Hotel, shares his tips for creating a proper emulsion for the sauce.

Borges knows his cacio e pepe is good; not only is it the restaurant’s flagship dish, he has gotten used to fielding questions about how to make it at home. Just before the pandemic hit, he was at parents’ night at his kids’ school when a fellow restaurateur and parent approached him to ask what the secret is to the dish. “There’s no secret at all,” he says now. However, he concedes, “It’s a technique-driven dish, albeit a technique that’s easy to master.” Read on for his step-by-step tips.

Look for a juicy white wine with keen acidity and flavors of citrus and orchard fruit, accented by zesty spice and floral details. The chef’s pick below comprises Verdicchio, Trebbiano and Malvasia; the second Wine Spectator pick is a blend led by Trebbiano.

1. Cut the room-temperature Grana Padano or Parmigiano-Reggiano into large chunks, discarding the rinds, and grind in a food processor until finely ground. Measure out 3 cups and set aside. Reserve any additional ground cheese in the refrigerator for another purpose.

2. Bring 4 quarts water to a boil. Season with salt; add pasta and cook, stirring occasionally, until 1 minute before the stated time in the package directions. Ladle 3 cups cooking liquid into a bowl and reserve. Drain the pasta. Do not reserve the pasta water early; wait until the pasta is ready, as it will ensure maximum starchiness in the water, which is what will ultimately stabilize the emulsification of the cheese and butter.

3. Set a heavy, dry skillet large enough to fit all of the pasta over medium heat. Add the black pepper. Toss the pan frequently, until pepper is toasted, about 45 seconds to 1 minute. You will know the pepper is sufficiently toasted when the aroma fills your kitchen. Watch out for the sneezes!

4. Add 5 tablespoons butter and let melt, swirling the pan occasionally and keeping a close eye on it. Working fast, so as not to burn the melted butter, add 2 1/2 cups reserved pasta water to the skillet, taking care not to splatter yourself with the hot liquid, and bring to a rapid simmer. Cook until reduced by almost half, about 5 to 10 minutes.

5. Add the pasta to the skillet, stirring to combine, and cook for the remaining 1 minute stated by the package directions. Reduce heat to very low and quickly add remaining 5 tablespoons butter and all of the cheese, stirring and tossing vigorously with a spoon or tongs until the cheese is melted. Remove the pan from the heat and continue tossing until the sauce is smooth and emulsified, coating the pasta. Add some of the remaining 1/2 cup pasta water, 1 tablespoon at a time, if the sauce seems dry. Serves 6 as an appetizer or 4 as a main course.

Home Videos The WORLD of WINE – Wine News. Cheap wine, tasting notes and cooking with wine The World of Wine – May 2021 … END_OF_DOCUMENT_TOKEN_TO_BE_REPLACED

How to visit Napa Valley on a Budget. In this video Carson and I explain a few ways to enjoy Napa on the cheap. Tip and advice about how to visit Napa … END_OF_DOCUMENT_TOKEN_TO_BE_REPLACED

Home Videos Get To Know Argentina Wine | Wine Folly If you love Malbec, Argentina is your ultimate wine region. But that’s not … END_OF_DOCUMENT_TOKEN_TO_BE_REPLACED