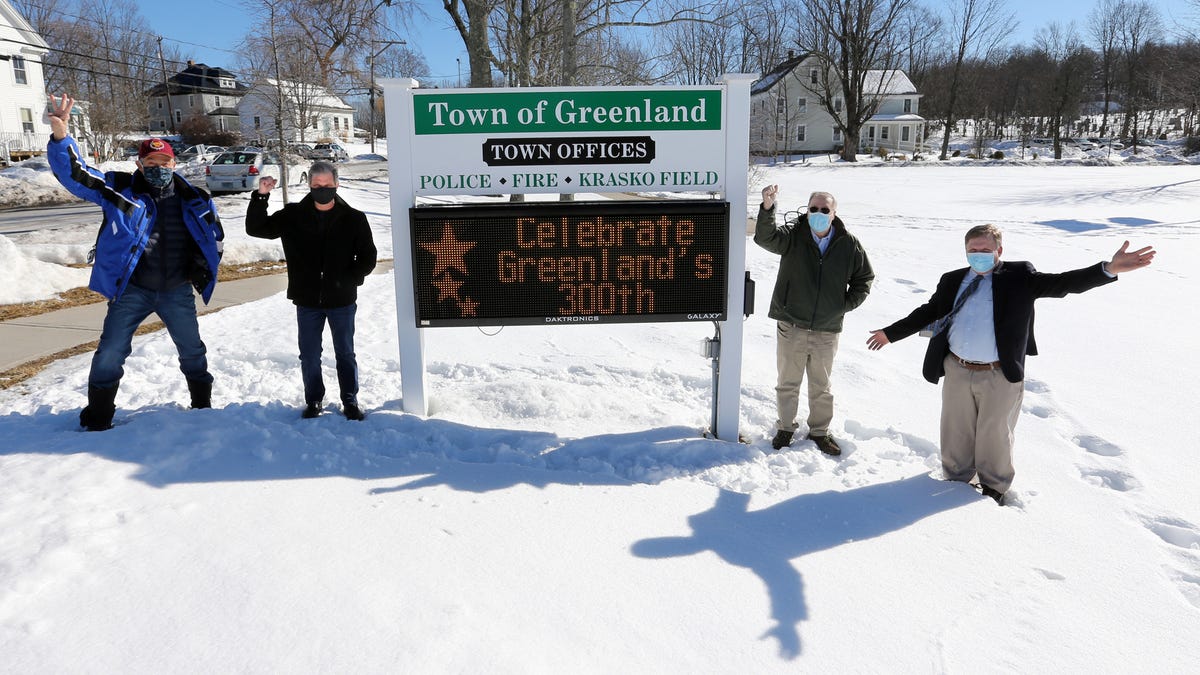 GREENLAND — In 1954, current town selectman Jim Rolston was an attendee at the celebration for what was then considered, incorrectly, to be Greenland’s 250th anniversary.

Now, in a new millennium and battling an ever-changing global pandemic, Rolston and Greenland officials are planning the town’s 300th anniversary since becoming a separate town from Portsmouth in 1721.

Will the pandemic curb Greenland’s ambitions to celebrate its tricentennial? Not a chance, Rolston said.

“Everything we had planned went out the window with this coronavirus, but we’re going to do the best we can,” he said.

Formed in 2018, Greenland’s 300th Anniversary Committee has worked hard in recent months to plan for a safe, inclusive celebration marking the town’s commemorative achievement. Rolston, chair of the group, said they meet once every month or two to discuss ideas.

Greenland’s identity and a safe celebration

Greenland Town Administrator Matthew Scruton stressed the importance of coming together to mark the anniversary of the town’s split from the Port City, saying the “vibrant community with a rich history” deserves to safely recognize its history.

“As we look into the future, it’s important to reflect on our past,” he said. “Celebrating the 300th anniversary whether virtual or at a later time reminds us of the strength and importance of the community.”

The Anniversary Committee has planned a medley of tentative events from Saturday, Sept. 11 to Sunday, Sept. 19, according to Karen Mason of the Greenland Historical Society.

Outdoor events for children and adults alike are being planned by the town Recreation Department, Rolston said. Trolley car rides will be given to tours presented by the Historical Society, with Mason adding that people will have the option of walking to notable places in town on self-guided tours with guiding papers from the Historical Society.

The committee is also working with the Portsmouth Country Club, in Greenland, to host a wine tasting event and an art show, likely to host between 75-100 people and abiding by public health regulations.

Local food and beverage vendors will likely be determined in the coming months, Rolston said. A parade, part of the committee’s initial plans before COVID-19, is still likely to occur but on a “scaled back” basis.

The committee will continue to evaluate the pandemic to determine how many people can be allowed per event in collaboration with town officials, Rolston said.

Rolston hopes that the scheduled rollout of the coronavirus vaccine in New Hampshire ensures that the events of the tricentennial are able to occur on time and with grandeur.

A date to finalize the events of the over weeklong festivities, as well as a cost, has not be determined by will continue to be discussed by the board, he said.

A total of $500 was allotted to the 250th celebration in 1954, back when town officials disputed the date of the town’s incorporation, according to University of New Hampshire records.

On behalf of the town, Scruton said the three-year planning process to celebrate Greenland this fall while fending off less than ideal health circumstances do not go unnoticed.

“The town appreciates all the work and efforts of the 300th Anniversary Committee and the Greenland Historical Society,” he said. “They have done a fantastic job planning for the celebration of this historic community’s 300th anniversary.”

Mason said that the pandemic hasn’t entirely changed the structure of what the committee and other partners are looking to do for the town’s anniversary more so than bringing people together.

The ability to come together and celebrate 300 years of Greenland as its own municipality will be a joyous occasion for all, she believes, as it gives them something to look forward to in an era of uncertainty.

“It’s something positive. It’s constructive. It’s been a very good project to have. It’s meaningful, it gives some hope to people,” she said.

Home Videos The WORLD of WINE – Wine News. Cheap wine, tasting notes and cooking with wine The World of Wine – May 2021 … END_OF_DOCUMENT_TOKEN_TO_BE_REPLACED

How to visit Napa Valley on a Budget. In this video Carson and I explain a few ways to enjoy Napa on the cheap. Tip and advice about how to visit Napa … END_OF_DOCUMENT_TOKEN_TO_BE_REPLACED

Home Videos Get To Know Argentina Wine | Wine Folly If you love Malbec, Argentina is your ultimate wine region. But that’s not … END_OF_DOCUMENT_TOKEN_TO_BE_REPLACED