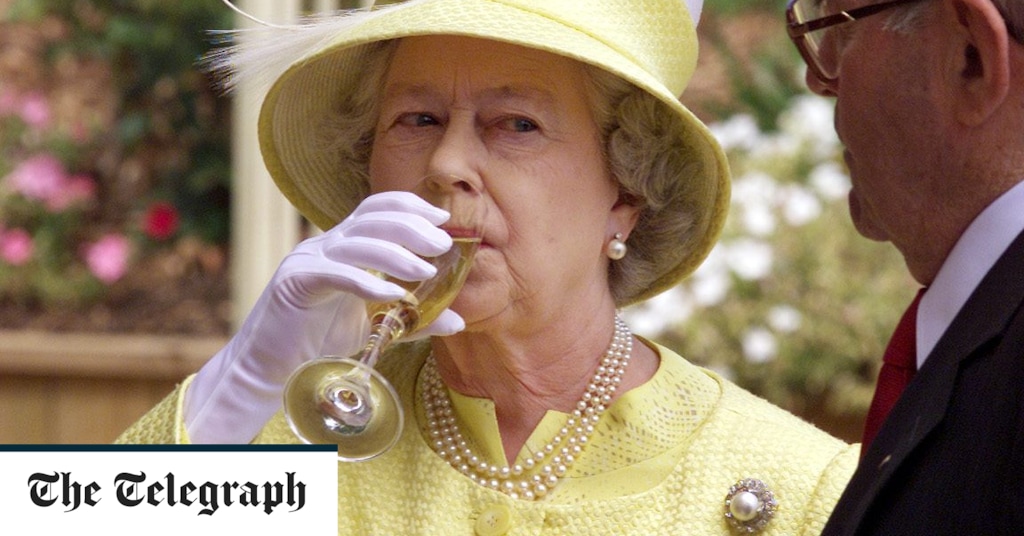 Britain has long been a nation of nature lovers, gardeners and foragers. The Romantic poets celebrated nature’s transformative power on human hearts and minds with lines about daffodils and the west wind. Later, Kipling wrote a poem titled The Glory of the Garden.

In the 21st century, one of the most fashionable ways to promote our connection to the local landscape is to turn it into booze. We plant vines; raid hedgerows for sloes for sloe gin; grow hops and barley for beer and potatoes for vodka; and assemble botanicals to flavour spirits with the care of an artisan perfumier intent on creating a scent to evoke a particular place.

Given Prince Charles’s keen interest in gardening and organic farming, perhaps it’s no surprise that the Royal Household has been right at the front of this trend. This week, the Royal Collection Trust added a new Buckingham Palace Sloe Gin (£30 for 50cl), made with hand-picked whole sloe berries, to its drinks collection, and the Queen launched two beers brewed from crops planted on the Sandringham estate in Norfolk.

Sandringham Best Bitter and Sandringham Golden IPA are both made locally by Barsham Brewery, using laureate spring barley grown at Sandringham and spring water drawn from a nearby bore hole. Now on sale at the Sandringham Estate gift shop, they each cost £3.99 for a 500ml bottle.

If previous form is anything to go by, we might expect these drinks – or at least the initial run of them – to sell out pretty quickly. When Buckingham Palace released its debut gin last July, the first batch sold out within eight hours, although it is available now online, for the somewhat princely sum of £40 for a 70cl bottle.

In keeping with the current vogue for selecting botanicals to represent the smells and flavours of a place, Buckingham Palace Gin is made using 12 ingredients picked from the gardens of Buckingham Palace itself. These include hawthorn berries, lemon verbena, bay and mulberry leaves. I didn’t love the gin when I tried it last summer: it had faint floral and hedgerow notes that got a bit lost in my tonic. I’m afraid I used it to clean my jewellery rather than drink it.

Prince Charles also has his own gin: Highgrove Organic London Dry is made by Master Distiller Cory Mason of the Oxford Artisan Distillery. For inspiration, HRH took Mason on a tour of the gardens at his Gloucestershire estate. The botanicals used in here include rosemary, thyme, sage, lavender and lemon verbena and the spirit is distilled from grains that include “heritage grains grown at Highgrove” too.

Thus, “enjoy a unique taste of Highgrove” urges the website that sells it, as though the mere chink of ice, waft of cucumber (the recommended serve) and scent of herbs might be enough to transport mere mortals to the delphinium-lined lawns of the Prince of Wales’s private residence.

Of course the drink that is most often closely associated with the place in which it’s made is wine and it’s wine that has been the most ambitious royal drinks project to date. Unlike beer and gin, making wine, especially sparkling wine, requires years of planning and investment. The vineyard must be planted two to three years before you can take a decent crop from it and a sparkling wine that undergoes its secondary fermentation in the bottle (like champagne does) also needs to be aged in the cellar.

It has become fashionable to have a bespoke cuvée or your own label of English sparkling wine. Those who don’t want to get involved in production outsource it. For instance, Black Swan Edition 2014 is a sparkling wine made exclusively for Tommy Banks’ Oldstead restaurant by the producer Charles Palmer who is based in Sussex. The Pig group of hotels, founded by Robin Hutson, have gone one better, planting their own two-acre vineyard in West Sussex last year, on land belonging to Madehurst Lodge, The Pig in the South Downs.

Needless to say, the Queen was ahead of this trend, too.

It’s now a decade since four hectares of Windsor Great Park, the parkland around Windsor Castle, the Queen’s residence to the west of London, were planted with 16,700 chardonnay, pinot noir and pinot meunier vines. The project is a partnership with the online wine retailer Laithwaites and the very first bottles of Windsor Great Park wine, made using grapes picked in 2013, went on sale on 28 September 2016.

Just 15,000 bottles of this sparkling wine, priced at £37.99, are made each year and demand has been hot: I’m told that “most is now pre-sold on subscription but some goes to special outlets.” The next release will be in June, for the 2016 vintage.

Given this previous form it was only a matter of time before the Queen released her own beer. Perhaps the question now should be: what next? The Queen famously enjoys an annual tour of the Scottish Isles on board the Hebridean Princess. I’ve always been envious of the views and seascapes (though not of the midges). Perhaps a Hebridean royal whisky would sort me out.

Home Videos The WORLD of WINE – Wine News. Cheap wine, tasting notes and cooking with wine The World of Wine – May 2021 … END_OF_DOCUMENT_TOKEN_TO_BE_REPLACED

How to visit Napa Valley on a Budget. In this video Carson and I explain a few ways to enjoy Napa on the cheap. Tip and advice about how to visit Napa … END_OF_DOCUMENT_TOKEN_TO_BE_REPLACED

Home Videos Get To Know Argentina Wine | Wine Folly If you love Malbec, Argentina is your ultimate wine region. But that’s not … END_OF_DOCUMENT_TOKEN_TO_BE_REPLACED