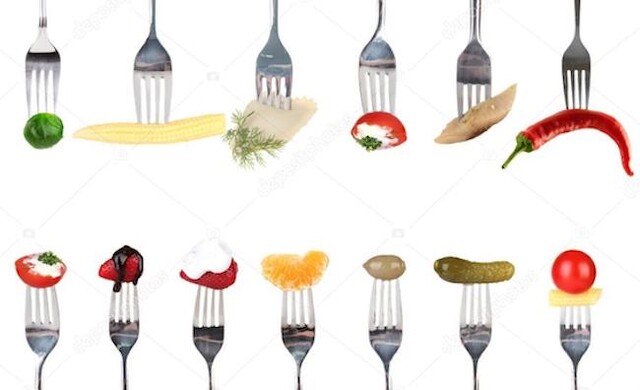 With all this time at home over the past year, I have managed to cook many of my favourite dishes and post them.

We have all had more of a focus with food, but now things are getting back into a busier routine and I am guessing many will have other things that pull them away from food as a focus.

I offer a reference post this week, an entire alphabet of ingredient and recipe inspirations. Bookmark it for the next time you have a hankering for something fun.

A is for apricots, a fruit that has the delightful combination of perfume and flavour. It was known as “the golden egg of the Sun” by the Ancient Greeks. Make an apricot pie and you will understand why.

B is for Bananas – as in, banana boats over the campfire (rolled in tinfoil with pieces of chocolate and marshmallow). If you don’t have a campfire, try some Bananas Flambées.

C could be for cinnamon, chocolate or coffee – this is the toughest letter to choose. (The interesting thing is that all three of these ingredients could be put together for delicious results. Cinnamon has that exotic flair, chocolate has the silky decadence that every foodie adores and coffee has the intense aroma that awakens the other senses.

D is for duck, if you are my hubby, Martin, (or would it be donut? He loves both.) It is also for dim sum, that fantastic experience of Chinese brunch with so many dumplings and pastries and fried goodies you don’t know where to start… or finish.

E is for eggplant. Even if you are not interested in tasting it, how can you not be impressed with a purple food? It does make a delicious dip, even the name sounds fun.

F is for “frites” – not French fries, because we have turned those into another animal altogether. But those wonderful crisp-on-the-outside, soft-on-the-inside morsels are a real treat. If you want something healthier, how about fennel? I love the licorice taste of the bulb, sliced fine for salads or braised, and the seeds in bread or toasted with pickled beets

G is for gougères, one of my first food adventures in Europe years ago. To call them a cheese cream puff is to not nearly do them justice. These little pillows of taste are much better than sliced bread or crackers at a wine tasting.

H is for hollandaise sauce, the thing that takes asparagus to the level of Cinderella at the ball. It is also for honey, which the Greeks wisely decided was delicious drizzled over yogurt with nuts. I like to use it in sandwiches and not just with peanut butter.

I is for ice cream, but it’s also for “ile flottante” (floating island ) I’ll never forget that mesmerizing dessert of meringue islands floating in a sea of caramel. I first saw it in Foquet’s window on the Champs Elysées on my first trip as a foodie.

J is for jelly-roll, one of the first things l learned to make, and succeeding without having the filling squirt out the ends gave me the confidence to continue in the kitchen after the age of 10.

K is for kumquats, kiwis and one of my favourite breakfast treats, kugelhopf – an Alsatian sort of yeast bread that is a cross between a bundt cake and an angel food cake, with raisins or currants in the dough.

L is for lobster, possibly the symbol of decadence in the savoury world, and a sexy food, as demonstrated in the movie Flashdance. It is a delicious summer treat on the grill.

M is for mussels, mushrooms, mustard, morbier cheese with that lovely stripe of ash through the middle, Mirabelle plums, meringue, mango, maple syrup, Macadamia nuts… M is a good letter.

N is for nougat, that sticky meringue/ toffee-like candy that is a specialty in Montélimar. (Doesn’t that just sound cool, to be from there? It’s in the southeast part of France.) N is also for navel oranges, my best fruit friends in winter.

O is for olives, something I learned to love early (although when I was a kid they only came in a jar, with a piece of pimento in the middle.) It was my Gramps who got me to try them, along with many other food wonders (see the entry for W, below). Olive oil is equally as wonderful, even in baking.

P is for pancakes, which can be as simple as those piled high on a Sunday morning with syrup and butter. (I like mine with ½ cup of buckwheat flour in the batter.) It can also be for parsley, which is underrated as a seasoning.

Q is for quince, another fuzzy and unique fruit. It has a hard flesh, which is bitter when raw but delicious when cooked. In France, quinces often sit atop the kitchen cupboards in the fall where they perfume the room as they ripen. They taste slightly fragrant, sweet and tangy, beautiful for Tarte Tatin.

R is for rice krispie squares. (The mixture of marshmallows and those little puffed kernels and then maybe a secret ingredient or two Mars Bars, dried cranberries and coconut) – that is really a unique kind of treat. If you want to take the idea to the next level, try these cookies with krispie bits.

S could certainly be for “sauce” in general, for every food experience moves to a new level when adorned with another set of flavours. But if I had to pick one thing, I can safely say “spätzle”, a delightful specialty in southern Germany and Alsace which consists of tiny dumplings served in a bit of cream sauce or butter.

T is for tuna casserole because you just can’t go through life without comfort food. And if you wanted to jazz it up, then T could be for tarragon, a very cool herb that sits under most people’s radar.

U is for unsalted butter, the best way to pay homage to a homemade bread. It is also for ugli fruit (no really, it does exist – it is a hybrid from a tangerine, grapefruit and an orange. At least they didn’t call it “homely fruit”.)

V could be for veal or venison, but I think better suited is vanilla, that ubiquitous flavour without which so much of our baking would lie flat (see the reference above mentioning food not being boring). Although many see vanilla as a boring flavour compared to others, it is one that we would certainly miss if it had not been discovered.

W is for watermelon, one of the first treats I remember as a kid. My grandfather told me when he was little, living in Manitoba, he never saw a watermelon. They didn’t have them because they only grew way down south. (This is a great example of the old version of the 100 Mile Diet.)

X is for Xavier (you thought this one would stump me, didn’t you? I give thanks for my foodie dictionary, The Larousse Gastronomique.) Xavier is a cream soup, but no ordinary soup: “garnished with diced chicken Royale. It may also be flavoured with Madeira, garnished with small savoury pancakes or serves with threads of egg white cooked in the soup.” The modern version is more usually with dumplings. It sounds like the perfect food for a rainy day.

Y is for Yorkshire pudding , that British specialty without which roast beef cannot (or at least should not) be served. I remember once having to call long distance to my aunt to get the recipe when my Mom’s cookbook could not be found!

Z is for zabaglione, a fitting end to the alphabet with its razz-a-ma-tazz name. It is one of those “a-la-minute” dishes, made by whisking egg yolks, wine and sugar over gentle heat. It is one of those delicacies that disappears inside your mouth, transporting you with it to another world all in the act of a mere swallow.

We don’t always use the whole alphabet for our words, and food is the same. But you can consider this an inspiration to broaden your horizons, or at least stretch your eating muscles.

Here’s to enjoying every bite, of all the food you eat and life in general.

Home Videos The WORLD of WINE – Wine News. Cheap wine, tasting notes and cooking with wine The World of Wine – May 2021 … END_OF_DOCUMENT_TOKEN_TO_BE_REPLACED

How to visit Napa Valley on a Budget. In this video Carson and I explain a few ways to enjoy Napa on the cheap. Tip and advice about how to visit Napa … END_OF_DOCUMENT_TOKEN_TO_BE_REPLACED

Home Videos Get To Know Argentina Wine | Wine Folly If you love Malbec, Argentina is your ultimate wine region. But that’s not … END_OF_DOCUMENT_TOKEN_TO_BE_REPLACED