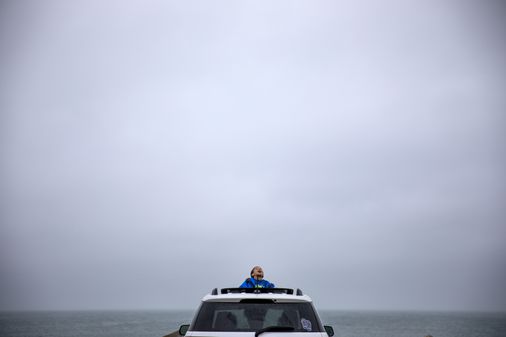 Explore the state’s multi-cultural history in a family-friendly way at the Providence Children’s Museum. The Rhode Island School of Design’s museum has reopened to the public, but advance ticket purchase is required. Newport’s Rough Point Museum offers a combination of the Gilded Age tastes, such as French and continental furniture and other decorative arts also from the 18th-century, 16th-century Flemish tapestries, and Chinese ceramics.

While Newport’s mansions are grand, the John Brown House Museum in Providence was home to a businessman, patriot, politician, and China trade pioneer who participated in the debates that shaped the new nation. This Bristol, Rhode Island museum and hall of fame presents the story of the Herreshoff Manufacturing Company and the America’s Cup competition displays a collection of 60 original Herreshoff boats, steam engines, artifacts, and photographs from the “golden age of yachting.”

The Tomaquag Indigenous Memorial Museum in Exeter displays artifacts about local Native American groups, but is only open Wednesdays and Saturdays by appointment only.

The Great Escape Room in Providence is an award-winning escape room with some themes that have a less than 20 percent success rate. Ocean State Escape in Johnston has appropriately themed rooms for locals like “Nonna’s House,” where you discover your grandmother’s gambling habit at the local casino.

Lock & Clue in Pawtucket has one room where you act as a professional thief and have to steal a priceless artifact locked in a vault in a nearby factory. And the Riddle Room has two locations; one in Warwick and the other in East Greenwich. 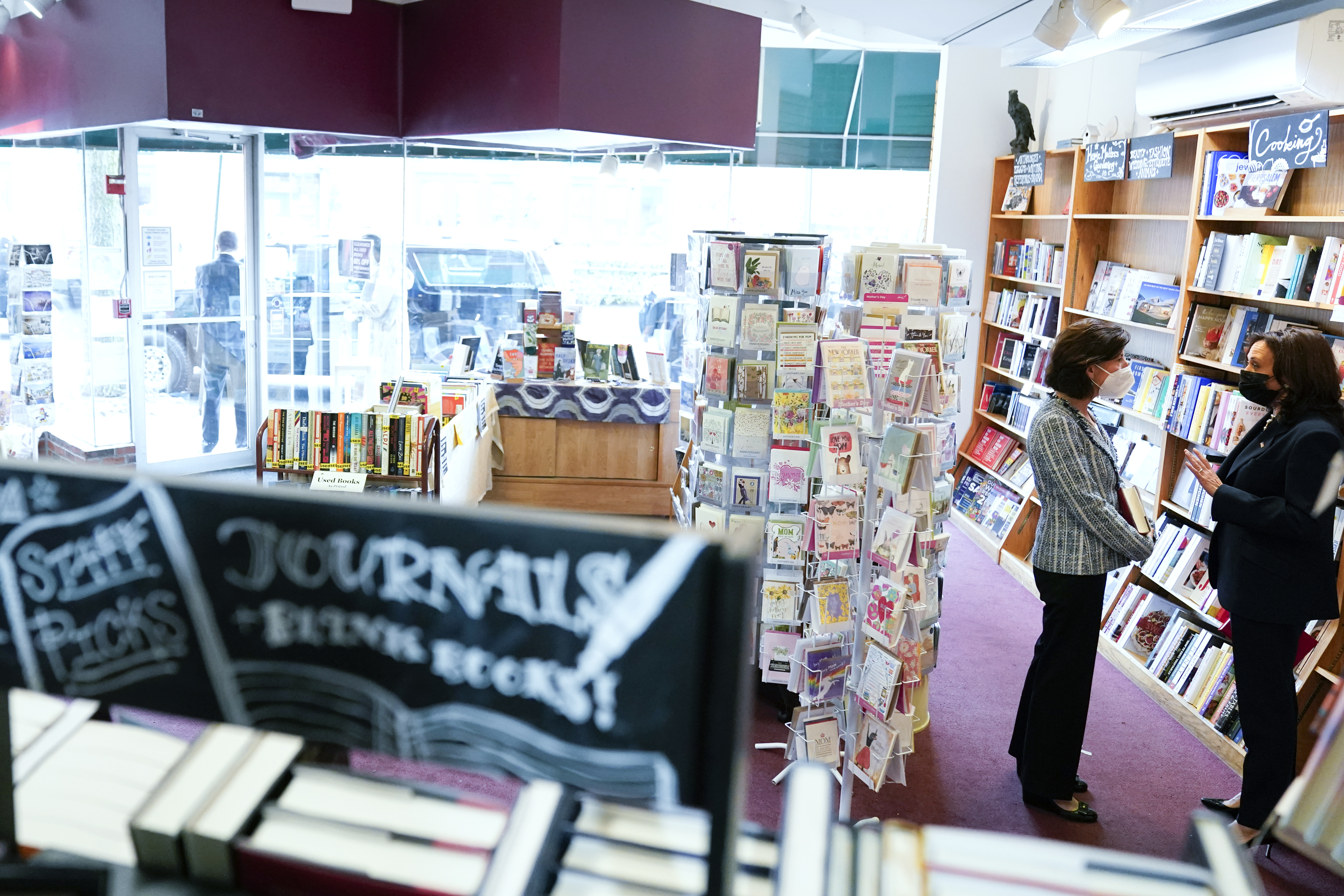 Rhode Island has a slew of bookstores throughout the state. In Providence alone, there’s Symposium Books, Books on the Square, Paper Nautilus Books, Riffraff Bookstore and Bar, Lovecraft Arts & Sciences, Twenty Stories, among many others.

Along County Road, Barrington Books, which was voted Best Independent Bookstore by Rhode Island Monthly, is open seven days a week; Books on the Pond is laid out on more than two acres in Charlestown; and Island Books in Middletown has been locally owned since 1993.

There’s also Ink Fish Books in Warren, Wakefield Books, and Savoy Bookshop & Café in Westerly (with a sister location in Mystic, Connecticut right over the border).

Explore walls of used books and rare collectables at Cellar Stories in downtown Providence or Twice Told Tales in Cranston. 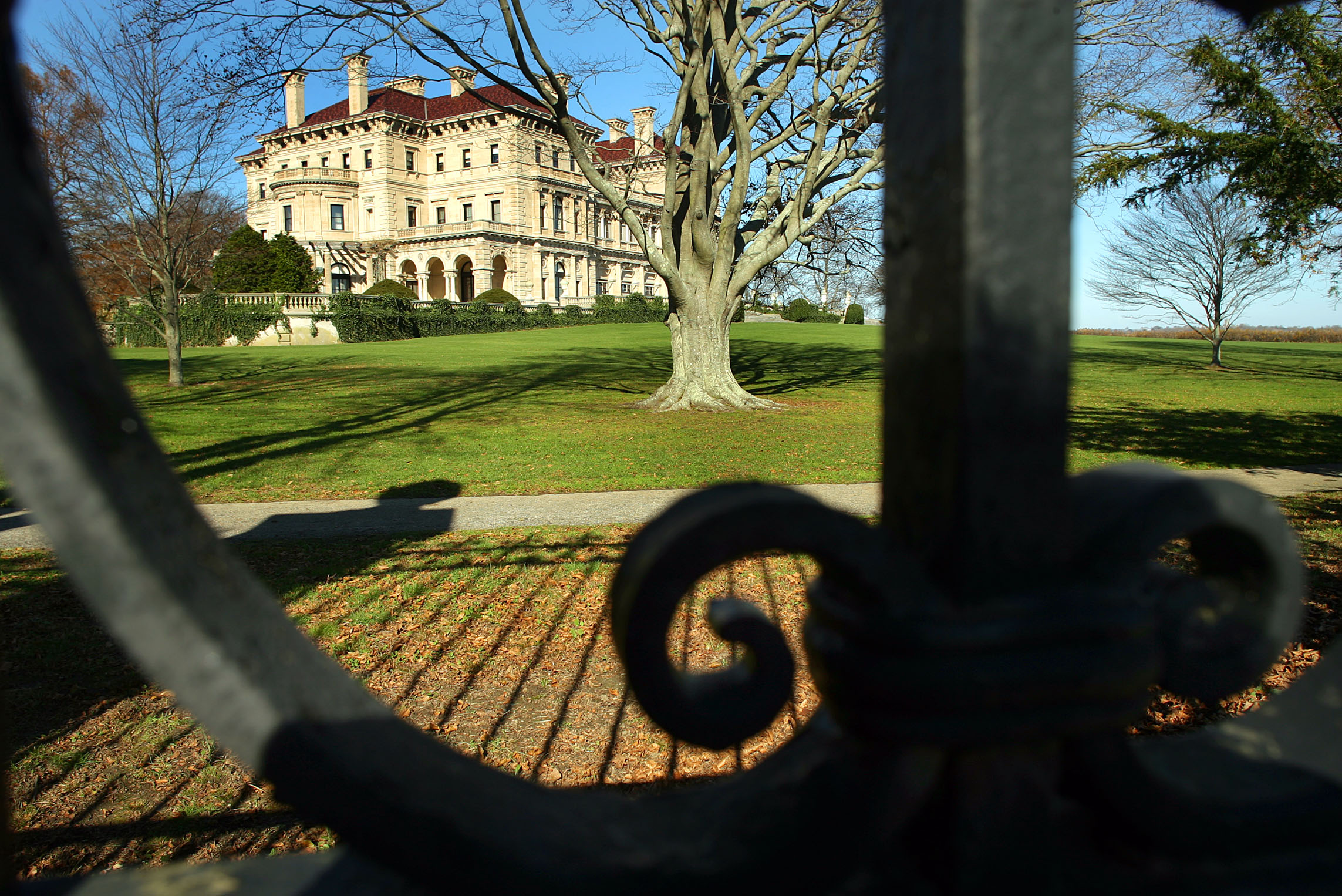 The Breakers, the mansion of all mansions, is the symbol of the Vanderbilt family’s social and financial wealth in turn-of-the-century America. It was their summer cottage in the late 19th century, and is now a top destination for self-guided tours for many Newport visitors.

The 13-acre grounds of the Breakers once included landscape designed by Ernest W. Bowditch, who was a leader in evolution of landscape architecture. But by the late 1900s, it was in need of repair — a project which the Rhode Island Historical Preservation and Heritage Commission started in December 2018. The project is expected to be completed sometime in 2023, and is an investment of “several million dollars.”

Then there’s the Marble House, which has 500,000 cubic feet of marble worth $7 million.

Ever wonder where ”The Great Gatsby” was shot? Or “True Lies,” “27 Dresses,” or “Amistad?” Look no further than Rosecliff, which was completed in 1902 at a reported cost of $2.5 million at the time.

Mr. and Mrs. Edward Julius Berwind of Philadelphia and New York made their fortune in the coal industry, and the Elms was their summer residence. 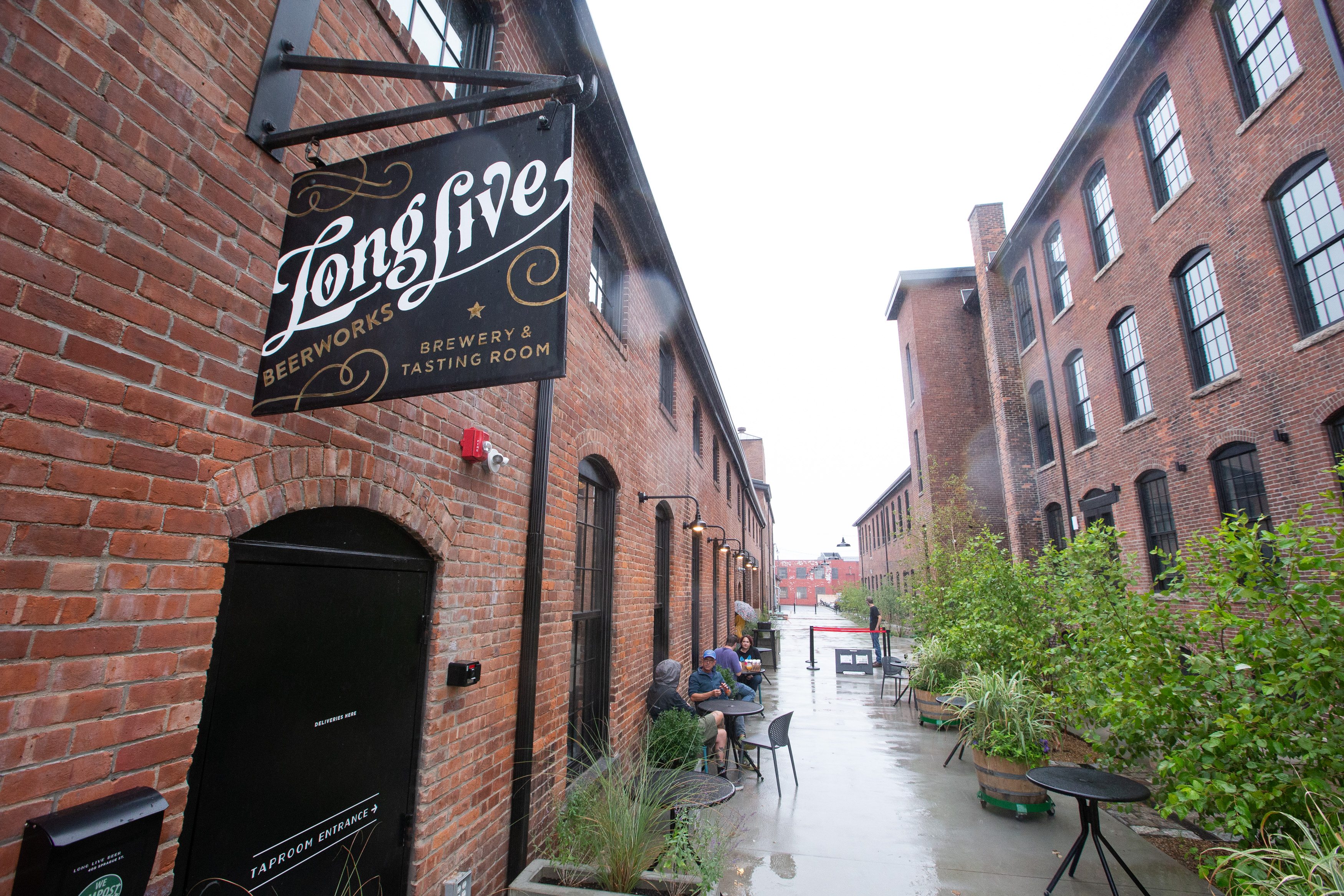 A small group of beer lovers enjoy a beer on the patio of Long Live Beerworks in Providence, Rhode Island.Matthew Healey/Matthew Healey for The Boston Globe

There are more than 30 breweries in Rhode Island to choose from to enjoy pints with a crew. Take refuge from the rain inside Warwick’s Apponaug Brewing Company’s taproom for a glass of their “Uncommon Pursuit,” a 6% ABV IPA, or their “Kilter” which is a 5.8% ABV oatmeal stout. Bravo Brewing in Pascoag is open Thursday through Sunday for dry hopped, crisp ales like their “Anthem American Pale Ale;” “You’re Killing Me, Smalls,” which is a s’mores porter with layers of graham cracker and marshmallow on the finish; and fruited sours of either peach and mango or raspberry and passionfruit.

Cranston’s Buttonwoods Brewery has a new indoor tasting room open Tuesday through Sunday, where you can sample sophisticated lagers and barrel-aged beers.

On the Connecticut border? Head to Grey Sail Brewing of Rhode Island in Westerly. 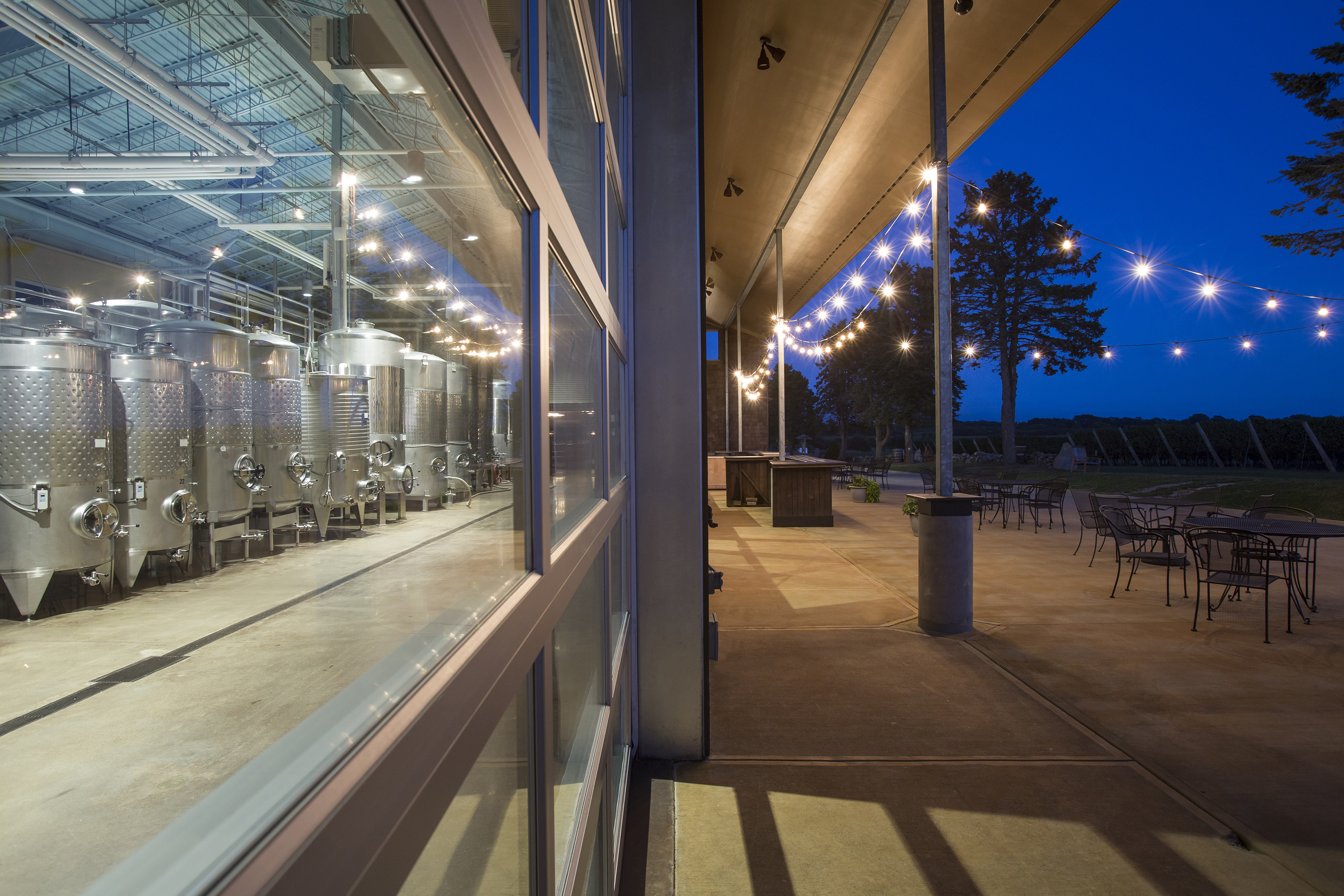 Newport Vineyards is situated on more than 100 acres of preserved farmland where you can enjoy a wine tasting and have a bite filled with locally sourced ingredients (if you’re bringing along someone who doesn’t drink wine, the winery also offers fresh craft beer through Taproot Brewing Co., which the vineyard owns).

Greenvale Vineyards is a sixth-generation farm producing small quantities of wine along the Sakonnet River in Portsmouth. Carolyn’s Sakonnet Vineyards in Little Compton offers tasting flights, wine by the bottle, grab-and-go food items, and a lawn (with umbrellas) to sip through their collection that looks to closely resemble varietals of northern France.

Gooseneck Vineyards in Wickford sources elements of their wines from around the world (be sure to try the Heritage Red, which is a blend of alfrocheiro, aragonez, touriga nacional, and alicante bouschet). Test out Leyden Farm Vineyard & Winery in West Greenwich while eyeing their three-generation Christmas tree farm.

Experience the thrill of racing at 45 miles per hour indoors at R1 Indoor Karting in Lincoln, then stay to go axe throwing or play ping-pong at the arcade. Just over the Massachusetts border, in Fall River, there’s also Stumpy’s Hatchet House for more axe-throwing activities.

For an innovative arcade, there’s Base Station VR Lounge in Johnston. And to pelt your friends with paintballs, Airsoft guns, lasers, and more, check out Battlegroundz in Lincoln, which is New England’s largest indoor Airsoft field at 20,000 square feet. There’s also Providence Indoor Paintball in the South Elmwood neighborhood.

Sinking into a leather chair and puffing on a Cohiba Robusto Cuban or a Diamond Crown Julius Caesar shouldn’t only be for the Don Drapers of the world. In Rhode Island, there’s plenty of lounges to enjoy a stogie — and maybe a glass of scotch, too (two ice cubes, please).

Ale House Cigar Bar in downtown offers 17-foot ceilings, original brickwork, and a comfortable lounge in the former Haley’s Brewing, which was in full operation in the early 1900s. Tel Aviv Waterfront offers riverside views, two floors of patios and indoor dining, and an expansive choice of cigars for both first-time smokers and aficionados alike. And Federal Hill’s Tammany Hall along Atwells Avenue is known to have a few politician sightings.

Home Videos The WORLD of WINE – Wine News. Cheap wine, tasting notes and cooking with wine The World of Wine – May 2021 … END_OF_DOCUMENT_TOKEN_TO_BE_REPLACED

How to visit Napa Valley on a Budget. In this video Carson and I explain a few ways to enjoy Napa on the cheap. Tip and advice about how to visit Napa … END_OF_DOCUMENT_TOKEN_TO_BE_REPLACED

Home Videos Get To Know Argentina Wine | Wine Folly If you love Malbec, Argentina is your ultimate wine region. But that’s not … END_OF_DOCUMENT_TOKEN_TO_BE_REPLACED