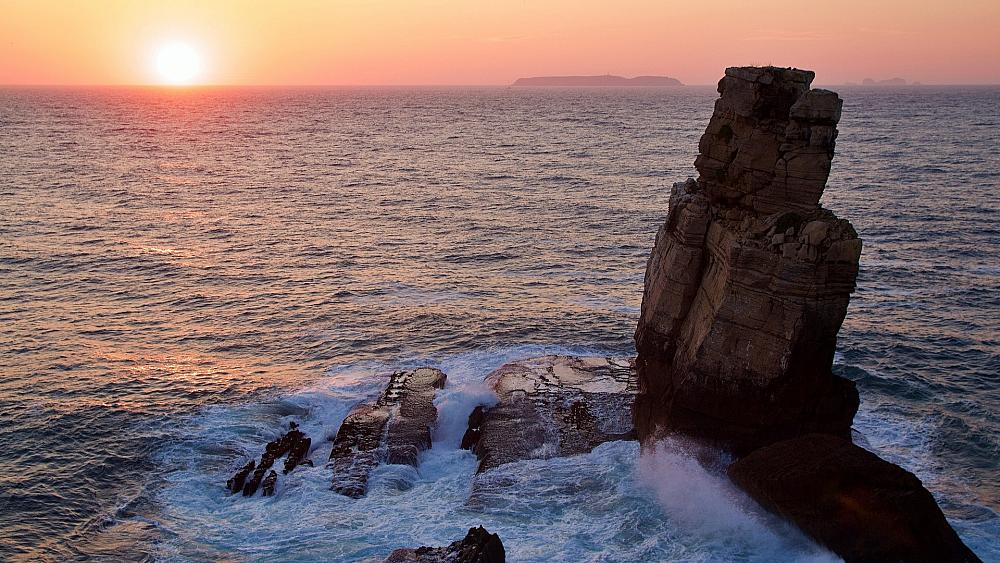 With the travel ban to Portugal officially lifted, Britons are flocking in their masses to seek beaches and sunshine. They’re likely to be the first nationality of many heading to Portugal in summer 2021.

The Algarve has been a favourite destination for Brits for decades, with 20.95 million overnight stays made in 2019 Making for a very crowded summer holiday, The Algarve might be one to skip this year.

Here are 9 Portuguese locations which are quieter than The Algarve but just as appealing.

The Azores Islands are a collection of nine Portuguese islands located in the North of the Atlantic Ocean.

Split into three groups, the islands are home to a wealth of biodiversity and numerous volcanic cones and craters. They have been hailed an ‘eco-tourism’ paradise and are home to numerous historical buildings, including 15th century churches and manor houses.

The easiest island to fly to is Sao Miguel, but the best island in terms of escaping the busy tourist lifestyle is Corvo, which has its own domestic airport which flies between three of the other islands. Alternatively, you can escape to Corvo via ferry from Sao Miguel.

Corvo is the smallest island and the entire island is in fact an extinct volcano and was formed from its previous eruptions.

8. Sintra – the home of stunning history

Less than an hour away from Portugal’s capital Lisbon is the small Portuguese town of Sintra.

Found in the hills of Serra de Sintra, this town is known for its villas and castle ruins. Many visit as a day trip from Lisbon, but we recommend staying for a few days as there’s plenty to see and do.

Known for its slightly cooler climate, Sintra is great for escaping the heat of the city. This is what Portuguese nobility, artists and the elite did in the 19th century, as their summer residences were based here.

From 1139 until 1260 Coimbra was the capital of Portugal and is now known as the ‘City of Students’. Despite being the fourth largest urban centre in Portugal its population is only 106,582 people, placing it at about one fifth of the population of Lisbon.

The city is still medieval in its feel, with many of the buildings dating back to the Roman Empire, as well as an aqueduct and numerous original cryptoporticus (covered corridor or passageway).

The university buildings are also recognised as being a World Heritage Site by UNESCO. This integrated university city is an example of how university students can coexist in peace with locals.

6. Aveiro – the Venice of Portugal

Located on the shores of the Atlantic Ocean, Aveiro is one of Portugal’s most important ports. Often referred to as “the Portuguese Venice ”, the region is popular with boat enthusiasts and boasts an extensive canal network.

Aveiro also has a number of sister cities including locations in Tunisia, Japan and Mozambique, and is well known for its historic production of salt and ceramics.

Known as “the heart of the Portuguese Riviera”, Cascais is great if you like the beaches of the Algarve.

If you’re seeking an all-rounder holiday, Cascais is the ideal destination for families. A former fishing town, it’s now a popular spot for watersports and nature hikes.

If you’re a keen surfer, or just keen to try, head here. It’s growing in popularity as a surf spot but still undiscovered enough that you won’t be fighting for waves.

4. Braga – perfect for exploring churches and a cathedral

Braga is Portugal’s third-largest city and is heavily connected to the historical and spiritual ties that still exist in the country.

The highlight of Braga’s calendar happens during Holy Week, in April, which is an elaborate affair popular with people from all over the world. The atmosphere created is medieval and reminds tourists and locals alike that Braga is still the ecclesiastical centre of Portugal.

Home of all the wines, Douro Valley has been a UNESCO World Heritage site since 2001.

The valleys are most quiet throughout the season, except for when the autumn harvest takes place, then it becomes a bustling hive of vineyard owners and wine enthusiasts.

If you want to spend your summers wine tasting, whilst looking at stunning views of acres of vineyards, Douro is your best bet.

Just 10kms from Peniche, Reserva Natural das Berlengas or the Berlengas Archipelago is a largely untouched part of Portugal.

Consisting of three islands, Berlengas is home to a number of birds including endangered species such as the Puffin. The region is also popular with marine life.

Of the three islands only Berlenga is inhabited by people, many of whom live on the island to work in services which are deemed necessary, such as the operation of the lighthouse.

If you’re looking for the ultimate sanctuary, Berlenga is it, with only 350 people being allowed on the island at any given time. Visiting the island is only available by ferry which makes two trips a day between the months of May and September.

Once a former island, geography has made Peniche much more accessible to the residents of Portugal and tourists. We’ve made it our number 1 recommendation because it encapsulates all of Portugal’s modernity whilst paying homage to its past.

Just an hour’s drive from Lisbon, the coastal town of Peniche is famous for its historical harbour and old walls. The best part about Peniche remains in the old town where the fortress has been since the 15th century, used by the military until the 1970s it has since been home to refugees from the then independent African colonies. Today the fortress is home to a museum, which contains artifacts from when the fortress was used as a prison by former Dictator Salazar.

It is also a short ferry journey from the stunning Berlengas.

Please note that there are currently travel restrictions in place due to COVID-19. Depending on which country you visit, hotels, restaurants and other tourist attractions may be closed. Always check government advice before making any bookings.

Home Videos The WORLD of WINE – Wine News. Cheap wine, tasting notes and cooking with wine The World of Wine – May 2021 … END_OF_DOCUMENT_TOKEN_TO_BE_REPLACED

How to visit Napa Valley on a Budget. In this video Carson and I explain a few ways to enjoy Napa on the cheap. Tip and advice about how to visit Napa … END_OF_DOCUMENT_TOKEN_TO_BE_REPLACED

Home Videos Get To Know Argentina Wine | Wine Folly If you love Malbec, Argentina is your ultimate wine region. But that’s not … END_OF_DOCUMENT_TOKEN_TO_BE_REPLACED