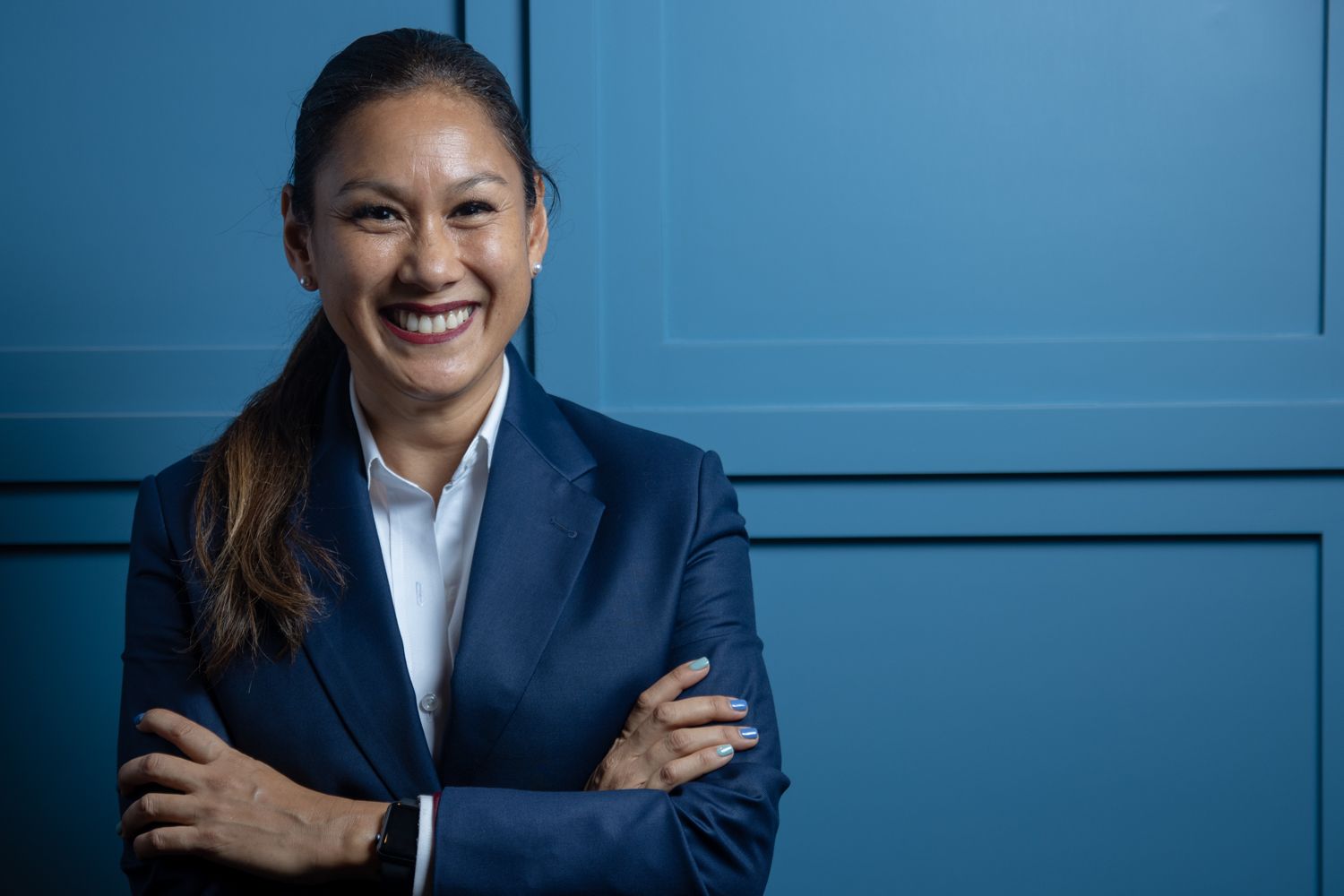 Becoming a professional sommelier is a long, hard slog. It requires hours and hours of dedicated research and reading over many years to fully learn about the world’s wines: the different varietals, how and where they are grown, their characteristics, the wine-making processes and the best practitioners, tasting notes… the list is endless and it doesn’t begin to take into account that a good sommelier must also know about the various cuisines he or she will be trying to pair wines with. In fact, the life of a sommelier is one of constant learning and improvement, so you might be forgiven for wondering why anyone would want to take on such an onerous career. But many do and a select few become almost as renowned as the vintage tipples they curate. Five Thais who seem born to the job and destined for sommelier stardom tell us about their careers, their pairing picks and wine list highlights

Pattarapol Ponraritt, or Louis to family and friends, cut his wine teeth at L’Atelier de Joel Robuchon in Bangkok where he was trained by a French head sommelier. That tutoring included daily wine tastings and food training, oenology tests and front-of-house practice runs to perfect an immaculate wine service. A big admirer of debonair James Bond—always elegantly turned out with a glass of chilled champagne or a cocktail in hand—Louis says he was influenced by the iconic 007, becoming fastidious in his own appearance. His wine epiphany came after trying a glass of white St Aubin, a jewel in Burgundy’s Cotes de Beaune crown. “It had such a fine balance between elegance and freshness and power and subtlety that I became more and more mesmerised with every sip,” he recalls.

At Stage, the French casual fine-dining restaurant by chef Jay Sangsingkeaw in Ekamai, Louis explains that he focuses on Old World wines and exceptional vintages. “We seek out labels from not only famous producers in the established regions of France and Italy but also wines from more obscure districts across Europe. If you look, you will find some staggeringly good wines known only to a handful of villages,” he says, adding, “The restaurant’s menu changes with each season and our challenge is to serve wines that complement those changing flavour profiles. For example, customers were delighted when we paired a creamy dish of sea urchin and orecchiette pasta with an organically made orange wine from Germany, the minerality of which offsets the pasta’s richness beautifully. I love that about the job, discovering new and surprising food-wine pairings. The possibilities in that regard are endless.”

Thai-American Charity Waltenbaugh grew up in the charming wine country of Oregon in the United States. Her early life among the fruit orchards, historic towns, craft breweries and farms of the Willamette Valley didn’t initially inspire her to get into wine, but the environment certainly defines who she is today—a fitness enthusiast, avid cross country runner and lover of the great outdoors. After moving to California, first Los Angeles and then later the Bay Area, Charity started working in restaurants and was persuaded by a certified master sommelier to take the Wine and Spirit Education Trust’s level 2 qualification. Today she puts her skills to good use at Ekamai eatery Cadence by chef Dan Bark, himself a Korean-American intent on showcasing a progressive culinary style. The wines Charity curates for the restaurant encompass comfortingly familiar Old World labels but also New World upstarts packed with explosive flavours and interesting textures.

Charity is involved in one of the best staff training programmes in Bangkok—something patrons will notice immediately at Cadence, where the service is exceptional—and her wine list offers many sub-2,000 baht bottles for more casual exploration. As you might expect, the list includes a number of American labels and the seasoned sommelier isn’t shy about recommending a bottle from her native state, especially when some of its pinot noirs are approaching world class. She is particularly proud of matching a dish of grouper and artichoke with a pinot gris from Oregon. “It worked like magic,” she smiles. “The dish had an intriguing mélange of robust flavours: deep sea, garlic, citrus, brown butter and smoked mushroom—and the pinot gris stood up to that earthy blitz, providing an enlivening counterpoint that helped to accentuate each ingredient.”

Bird, as Banyat Chinpinyokul is affectionately known to colleagues and patrons at the Mandarin Oriental Bangkok, is a veteran of the famed hotel where he initially specialised in coffee to become its first certified barrista. While studying coffee’s aroma wheel, he noticed its technical similarities to wine and was encouraged by his seniors to start reading books on oenology. He was soon hooked on the culture and history of the grape. He calls Tiwa Yenwattana, now at Turtle Group, his mentor and credits the chefs at Mandarin Oriental for helping him to build on flavour combinations in his pairings.

As the head sommelier at a large hotel with many F&B outlets Bird is required to maintain several wine lists, which he bases on customer profile, the cuisine offered and the ambience of the restaurant. He manages a team of six junior sommeliers which meets bi-weekly for training. “Much of the rest of the time we are detectives,” he smiles. “The team works feverishly together to find mature wines in the market, to bring in unique products that either amplify or support the dish.” At Lord Jim’s, where chef Nick Gannaway offers modern Australian cuisine centred on premium seafood and prime cuts of meat from the grill, Banyat caters to the well-heeled clientele with a mix of powerful reds, crisp whites and boutique bubbly. He also curates artisanal wines from small communes and wines made with rare native grapes to interest a new generation of imbibers. Compared to Le Normandie, where French varietals from Bordeaux and Burgundy dominate the list, his selection at Lord Jim’s is almost eclectic with offerings from regions in Austria and Hungary.

Owning an impressive resume that includes stints at the Okura Prestige Bangkok, L’Atelier de Joel Robuchon, Suhring and Gaggan, plus a spell at 8½ Otto E Mezzo Bombana in Macau, Jay—as Thanakorn Bottorff is better known—is a 24-7 sommelier who works the floor and cellar with equal enthusiasm. He also finds the time to write a wine-tinged blog. Educated at the Dusit Thai College, like all serious aspiring sommeliers Jay studied wine by reading about it, voraciously. He too cites peers as being critical in elevating his skills and understanding of wine, not just in the traditional sphere but also in terms of experimental wines and new production techniques. At Cappella Bangkok, he has received the “freedom to roll with it and create a wine list that follows the ethos of the luxury resort.”

At Côte by Mauro Colagreco, which specialises in elevated Mediterranean fare, Jay has ventured into sake with seafood (cooked and raw) and instituted a champagne trolley with wonderful grower bubblies that cover the classic styles and innovations such as intense oxidisation. One of his current preoccupations is the nebbiolo grape and the Piedmontese wines produced with it. He explains, “They tend to offer a nice array of attributes that suit the Thai consumer: a nose and palate that show aromatics and spice and a mellow, slightly sweet finish.” Happy in his work at the uber-new Chao Phraya riverside resort, Jay is amazed by how much Bangkok’s younger wine crowd already knows. “It is encouraging. They have picked up the wine habit on their travels and want to enjoy it here at home. Not just the wine in the bottle but also its provenance.”

Sorn by chef Supaksorn Jongsiri is a comet blazing a trail in the firmament of top new Thai restaurants, quickly achieving two Michelin stars for cuisine based on long-lost recipes inspired by the tropical forests of southern Thailand. Within a short year sommelier Warakorn Ninlawan, or Pom, had to adjust the wine list to not only match the fiery fare but also to maintain the standard set by the Michelin accolade. A northerner by birth who graduated from Minor’s sommelier programme and has received instruction from several well-known wine gurus, Pom felt challenged at first by the strong aromatics and rustic flavours of the food—the complex range of herbs and different heat levels it offers.

Adding to the challenge at Sorn is that the multi-course tasting menus change frequently to accommodate seasonal produce. Bending to that challenge, Pom offers a six-glass wine pairing for 2,700 baht. It typically showcases a sparkler, three white wines and two reds. The experience begins with fine bubbles, naturally, and progresses through riesling in various forms—“the off-dry aromatics of the grapes compliment spicy foods really well,” he explains. The main dishes are served samrub style, meaning all together at once, and here Pom regularly falls back on a perfumed and lively Cru Beaujolais. The restaurant has chosen some of the finest hand-blown stemware from Zalto, Austria and the sommelier is currently looking to the Old World and something special from the Loire Valley to do it justice. “Something befitting the glassware of course, but more importantly a wine befitting our cuisine.”

Home Videos The WORLD of WINE – Wine News. Cheap wine, tasting notes and cooking with wine The World of Wine – May 2021 … END_OF_DOCUMENT_TOKEN_TO_BE_REPLACED

How to visit Napa Valley on a Budget. In this video Carson and I explain a few ways to enjoy Napa on the cheap. Tip and advice about how to visit Napa … END_OF_DOCUMENT_TOKEN_TO_BE_REPLACED

Home Videos Get To Know Argentina Wine | Wine Folly If you love Malbec, Argentina is your ultimate wine region. But that’s not … END_OF_DOCUMENT_TOKEN_TO_BE_REPLACED