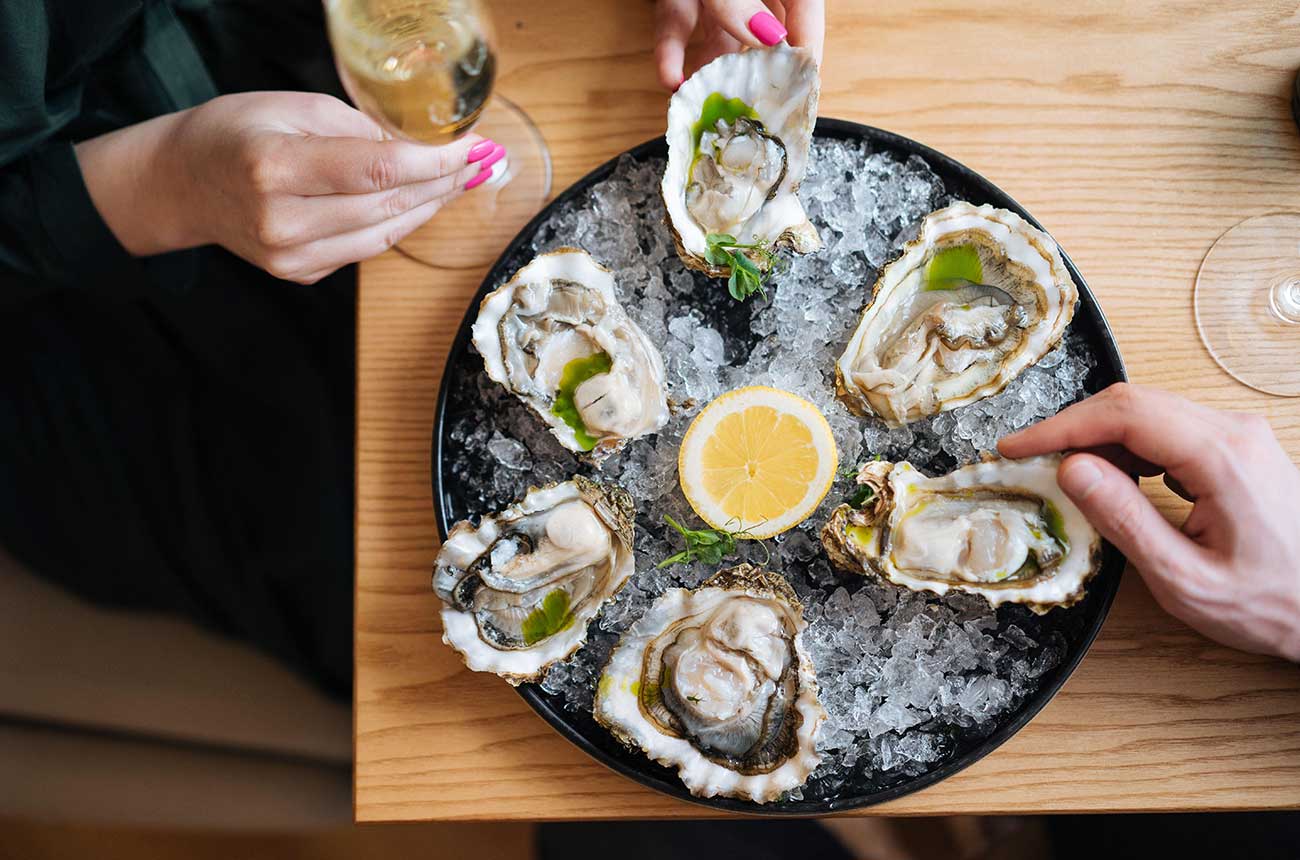 It’s not the most wallet-friendly food and wine match, but Champagne and oysters is a much-loved, classic pairing.

A new study from the University of Copenhagen (UCPH) says the secret may lie with the umami flavour in certain types of oysters and some Champagnes.

‘The answer is to be found in the so-called umami taste, which along with sweet and salty, is one of the five basic flavours detectable to human taste buds,’ said professor Ole G. Mouritsen, from the Department of Food Science at UCPH.

‘Many people associate umami with the flavour of meat. But now, we have discovered that it is also found in both oysters and Champagne.’

Dead yeast cells, or ‘lees’, contribute umami flavour in Champagne via glutamate, while umami character can be found in the muscles of oysters, via nucleotides, according to the researchers.

The levels in Champagne may not be noticeable on their own, but when consumed with oysters an ‘umami synergy’ develops that makes the pairing particularly alluring, says the study published in Nature, Scientific Reports.

Humans are hard-wired to ‘crave’ umami, because it is a sign of protein-rich food, said the researchers.

‘Furthermore, Champagne contributes to the overall impression with, for example, its acidity and bubbles,’ she said.

However, the researchers found that some Champagnes contain more umami flavour than others.

Champagnes that have had longer lees ageing contain higher glutamate levels, for instance.

The samples of European oyster analysed had higher levels of ‘free glutamate and nucleotide content’ than the Pacific oyster variety tested, although both have enough to create umami synergy with Champagne.

All of the oysters were collected from waters in Limfjorden, northern Denmark.

Alternatively, some experts have also extolled the virtues of pairing Champagne with raw radish.

Why popping a Champagne cork is rocket science

Home Videos The WORLD of WINE – Wine News. Cheap wine, tasting notes and cooking with wine The World of Wine – May 2021 … END_OF_DOCUMENT_TOKEN_TO_BE_REPLACED

How to visit Napa Valley on a Budget. In this video Carson and I explain a few ways to enjoy Napa on the cheap. Tip and advice about how to visit Napa … END_OF_DOCUMENT_TOKEN_TO_BE_REPLACED

Home Videos Get To Know Argentina Wine | Wine Folly If you love Malbec, Argentina is your ultimate wine region. But that’s not … END_OF_DOCUMENT_TOKEN_TO_BE_REPLACED