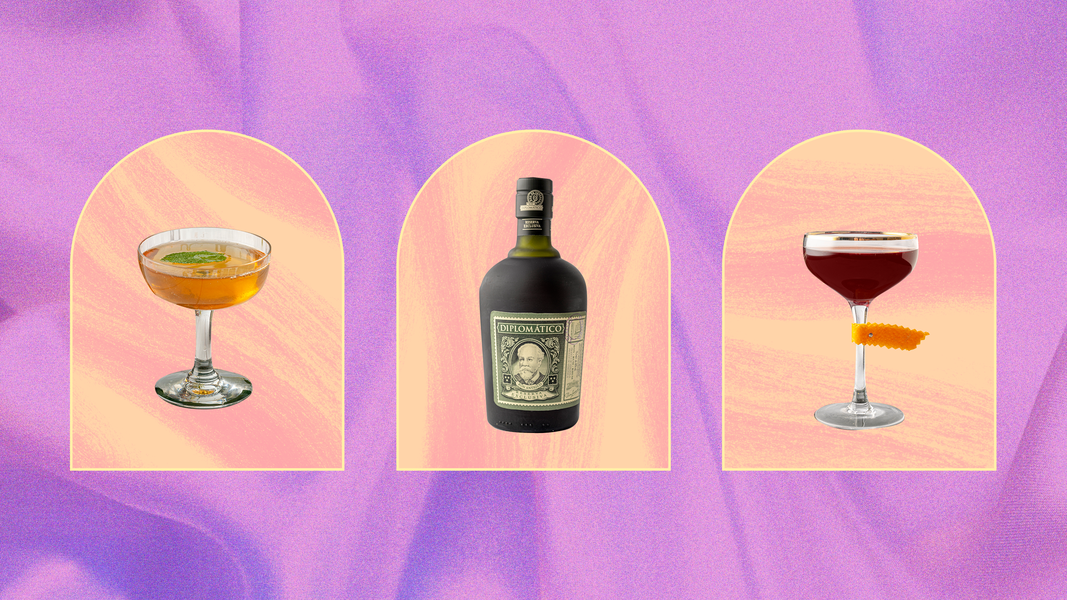 People have been making rum since as far back as 1650, but in recent history, it’s been mostly relegated to making appearances in far-too-sweet beachside drinks that just don’t do its complexity justice. Rum, especially craft varieties like those made by Diplomático, deserves a top spot on your bar cart, and not just for tiki cocktails. From sipping it neat to pairing it with dinner, we’ve outlined all the ways to upgrade your rum-drinking experience.

Before you upgrade how you serve rum, you first have to upgrade your rum, period. “Historically, many people’s perception and experience of rum has been associated with mixing and more commercial varieties,” Alex Fellows, Diplomático’s senior brand manager tells Thrillist. “Premium rum is another world, and our goal at Diplomatico is to help drinkers fall in love with rum by offering an entirely new, luxury flavor experience.”

For example, Diplomático uses three different distillation methods: one for light rums, one for medium-bodied varieties, and one for the most complex. Each rum is then aged separately, using bourbon, malt whiskey, and sherry casks to impart even more flavor. Finally, master blenders then select and blend these into the Diplomático brands on the market. That results in distinctly different flavor profiles, like Diplomático Reserva Exclusiva, which has a smooth mouth-feel and notes of orange peel, toffee, and licorice; to their Planas white rum, which is delicate and tropical; to “Ambassador,” which is aged for 14 years and reminiscent of the Pedro Ximenez sherry casks it’s finished in.

Similar to how you might enjoy a craft tequila or whiskey neat or on the rocks, complex rums can be enjoyed the same way. “Just like any spirit, [choosing a rum] comes down to the process of how the product is made, the quality of ingredients, and the distillation and ageing methods used,” Fellows says. “Many premium spirit drinkers have become accustomed to look for these things in whiskey and tequila they choose, for example, but rum is a spirit whose production process is equally complex.” Simply put, look for bolder, strong rum varieties with a smooth aftertaste for sipping, rather than light or clear rums, which work better in cocktails. (Diplomático Reserva Exclusiva is a good entry point.) Then, serve it in an Old Fashioned glass or snifter, depending on what you have available. If you would prefer your rum on the rocks, add a large, single ice cube — it’ll melt slowly so you don’t dilute the drink.

Rum cocktails are some of the most popular around (piña coladas, anyone?) but without the right balance, the mix can overpower the rum. If you’re planning on a classic shaken daiquiri or mojito, use a light rum like Planas to mix it up, then keep the other ingredients fresh and simple. With bolder rum varieties like Mantuano, try a Rum Mule or Negroni, swapping out the typical vodka and gin, respectively. You can also use rum in an Old Fashioned, Manhattan, or Sazerac, just reach for something like Diplomático Reserva Exclusiva in place of the whiskey. As always, using a premium rum as your starting point will give you more versatility and flavor, which will make those unexpected combinations more successful.

Social gatherings are just starting to make their way onto our calendars again, and many hosts are keeping them small and intimate, which is the perfect setting for an at-home rum tasting. Select four to six different rum varieties, then plan to serve about a half ounce of each per person. Start with the lightest varieties, working your way up to the most complex, and ask for thoughts along the way. Unlike a wine tasting, don’t vigorously swirl the glass to “open up” the spirit, and instead swirl it gently. (Otherwise, all you’ll smell is alcohol!) This is also an ideal opportunity to try pairing a neat Diplomático Reserva Exclusiva with an orange and cocoa ritual, which really heightens the flavors.

Pair it with your meal

Coffee, chocolate, and oranges are all natural pairings for rum, Diplomático’s varieties in particular, so if you’re using those flavors in your meal, serving rum alongside it will complement the dish and enhance the rum. (You can also use rum right in the recipe if you’re making tiramisu for an updated take on the classic dessert.) Beyond food, rum and cigars actually share a common history, and their flavors play well together, too. Ultimately, whether you’re in the kitchen or mixing up a cocktail, there’s a place for rum to be incorporated.

Home Videos The WORLD of WINE – Wine News. Cheap wine, tasting notes and cooking with wine The World of Wine – May 2021 … END_OF_DOCUMENT_TOKEN_TO_BE_REPLACED

How to visit Napa Valley on a Budget. In this video Carson and I explain a few ways to enjoy Napa on the cheap. Tip and advice about how to visit Napa … END_OF_DOCUMENT_TOKEN_TO_BE_REPLACED

Home Videos Get To Know Argentina Wine | Wine Folly If you love Malbec, Argentina is your ultimate wine region. But that’s not … END_OF_DOCUMENT_TOKEN_TO_BE_REPLACED