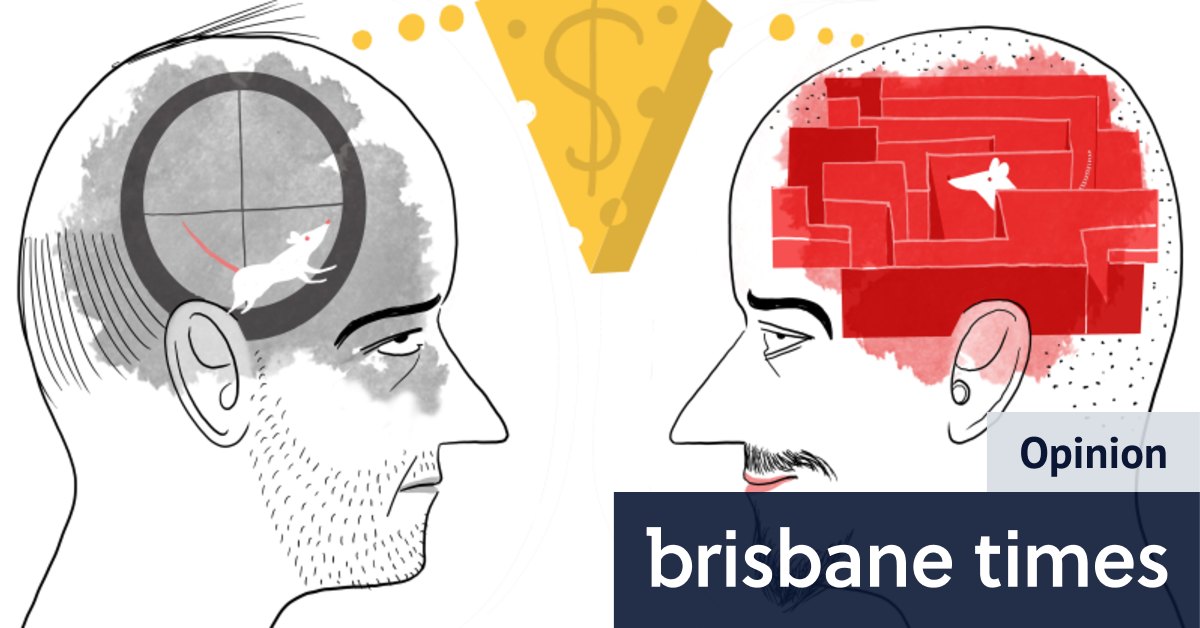 In the 1980s, a brilliant UK advertising slogan turned around the fortunes of beer giant Stella Artois and transformed it into a premium brand. It was just two words: “Reassuringly expensive”.

Stella cost more because of extra import duty attached to its high alcohol content, so the marketers made a virtue of it, brazenly claiming that it must therefore be a superior product.

These days, the beer has somewhat fallen out of favour again but it is a superb illustration of how our human traits and weaknesses sometimes trump our rational powers and force us to make poor buying decisions.

I spend more time than is healthy thinking about why we often pay more than we should for things. A cavalier, lethargic attitude to finances is partly to blame but it is often not as simple as that.

American psychologist Barry Schwartz has written about the “paradox of choice”. We say we want choice but, when faced with too many options, we are often paralysed and make bad decisions – or avoid making any decisions at all.

Price is one way we navigate our way through a range of choices. For example, restaurateurs often find that the second-cheapest wine on a menu is the most popular – or the second-most expensive.

In a famous French wine-tasting experiment 20 years ago, experts were told they were tasting a cheap wine and an expensive wine and rated them very differently. But they were both the same cheap wine – it was a trick.

Other experiments since have done the same kind of thing while scanning brain activity. They found the brain does respond differently if we think something is more expensive.

Half of Australians still pay extra to be with “old-school” telco Telstra, or drive European cars. But are they necessarily any better than other cheaper brands?

The second reason we pay too much for things is when the opposite happens and we don’t have enough information to make good decisions.

Economists call this “information asymmetry”. A good example is home and car insurance.

Industry heavyweights have resisted a price-based comparison system for these financial products such as we now have for energy, telco and banking.

It is hard for us to know how our premium compares to other insurers without going to several comparison websites and obtaining multiple quotes.

About 80 per cent of people just pay their renewal automatically, without shopping around, according to Roy Morgan research. It’s simply just too hard.

Another example is dealing with mechanics, doctors, tradies and anyone with specialised knowledge. When they tell us X needs replacing at a cost of thousands, the smart thing to do is to get a second opinion and quote. However, we often don’t do this because of the extra time and energy it takes and end up paying through the nose.

The third reason we often pay too much is that we are wired as humans to stay put.

Traits such as “status-quo bias” and “loss aversion” have been studied by Nobel Prize-winning social scientists for decades. They show that we remember losses far more than our gains.

Researchers found we care about twice as much about losing something we have, compared to gaining something we don’t. For example, you might demand $100 to sell something on Gumtree, but only be prepared to pay half that amount if you were buying the same thing from someone else.

When it comes to purchases and bills, this is why only about 20 per cent of people switch energy providers each year – and just 5 per cent for health insurers. And don’t get me started about banks.

The information above won’t stop you from paying too much for some things from time to time, but it is a good first step to understanding your own inner-self and how it sometimes leads you astray.

Joel Gibson is the author of KILL BILLS. Catch his money-saving segments on Nine Radio, TODAY and Twitter @joelgibson

Home Videos The WORLD of WINE – Wine News. Cheap wine, tasting notes and cooking with wine The World of Wine – May 2021 … END_OF_DOCUMENT_TOKEN_TO_BE_REPLACED

How to visit Napa Valley on a Budget. In this video Carson and I explain a few ways to enjoy Napa on the cheap. Tip and advice about how to visit Napa … END_OF_DOCUMENT_TOKEN_TO_BE_REPLACED

Home Videos Get To Know Argentina Wine | Wine Folly If you love Malbec, Argentina is your ultimate wine region. But that’s not … END_OF_DOCUMENT_TOKEN_TO_BE_REPLACED