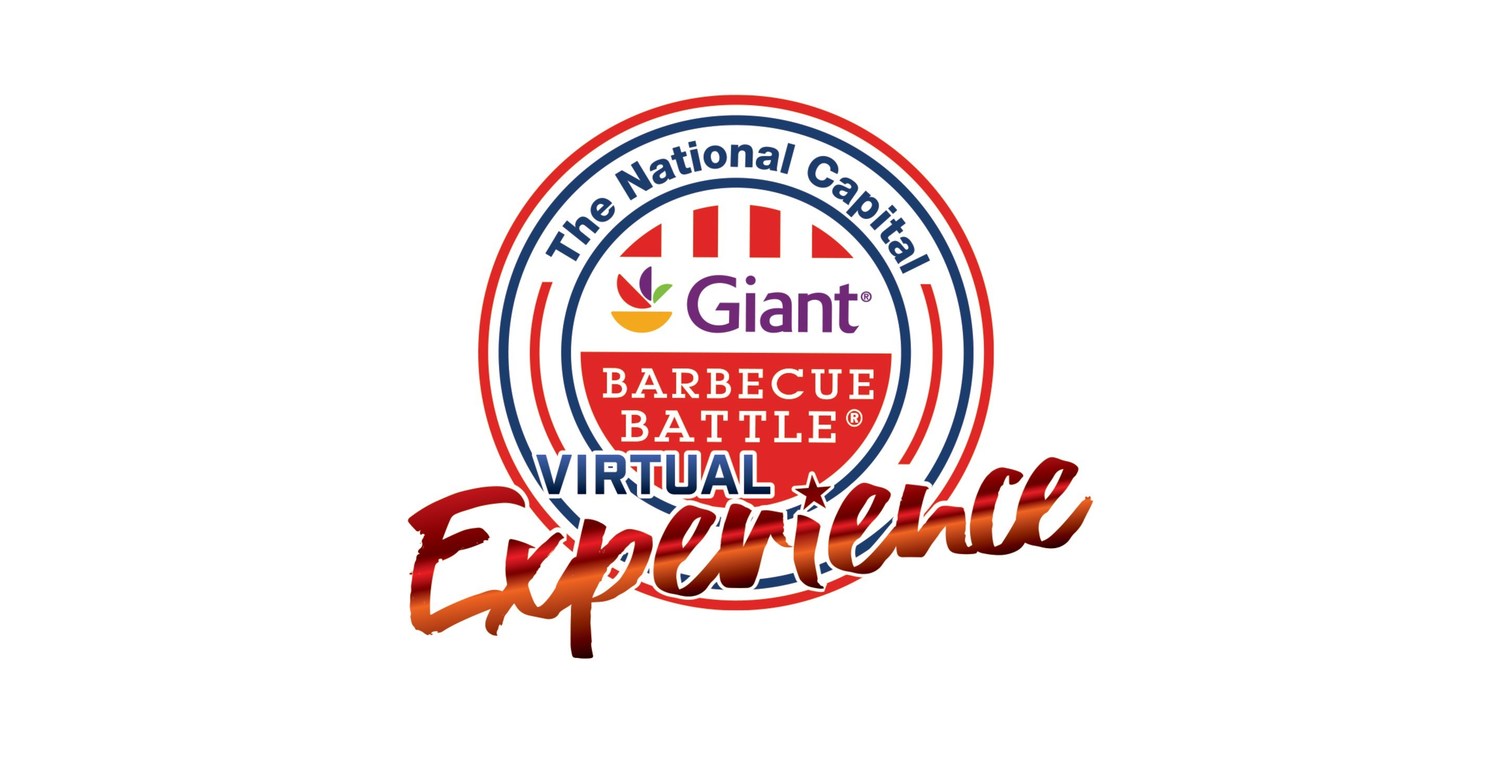 One of nation’s largest food and music festivals will feature even more interactive programming, cooking demonstrations, contests, entertainment and more throughout the month of June

LANDOVER, Md., May 11, 2021 /PRNewswire/ — For the sixth consecutive year, Giant Food, the leading greater Washington D.C. regional grocery chain, will be the title sponsor of the annual Giant National Capital Barbecue Battle, now in its 29th year. Taking place virtually for the second consecutive year, the event is free to all and will feature interactive activities kicking off May 28th and running through the end of June while benefiting the USO of Metropolitan Washington-Baltimore.

“Giant Food is proud to be a local food retailer that has operated in this market area since 1936. In the past 85 years, we’ve been a part of many great events in our communities and the Barbecue Battle is one of our favorites,” said Ira Kress, President at Giant Food. “It’s a chance for us to come together with our neighbors and enjoy great food, great music and great fun, all while raising money for our local military families supported by the USO-Metro. Our virtual experience offers tons of ways to engage and enjoy this summer tradition.”

Giant Food, through its sponsorship of the event since 2016, has raised millions of dollars for its beneficiaries including over 1.2 million dollars for USO-Metro last year alone. To offer all customers the chance to get involved in supporting USO-Metro, Giant will be implementing a round up program throughout the month of June at all stores where customers can round up the change on their in-store purchases to the nearest dollar amount at checkout. All donations will go directly to USO-Metro.

“One group we can never turn our backs on is our military. Their lives consist of transition, readiness, and sacrifice for our country,” said Lisa Marie Riggins, Esq, President & CEO of USO of Metropolitan Washington-Baltimore. “Giant has set the gold standard for actions, not words, with their annual in-store campaign to round up for the USO the entire month of June. Thanks to Giant’s unwavering commitment to our men and women who serve, the USO has maintained troop-support without interruption. This partnership has been critical to our success.”

“Now celebrating its 29th year, the Giant National Capital Barbecue Battle has become one of the largest and most celebrated food and music festivals in the country,” said Washington, D.C. Congresswoman Eleanor Holmes Norton. “Celebrating the art of cooking and the joy of eating, the Barbecue Battle offers D.C. residents and the East Coast the chance to enjoy America’s favorite pastime — BBQ — in the national’s capital.”

Here are just a few of the exciting activities and events BBQ fans can look forward to throughout the month of June:

Taste of Giant Cooking Demonstrations and Recipes: Virtually welcome a top BBQ chef into your living room and then get grillin’ in your own backyard! Returning are BBQ legends Myron Mixon, Tuffy Stone and Moe Cason and added to this year’s pitmaster roster are Ray “Dr. BBQ” Lampe and Tim Scheer. All will be sharing their best tips and tricks for the tastiest BBQ throughout the month!

Giant BBQ Contests: Join contests such as the Perdue Sizzlin’ Chicken Contest, Smokin’ with Smithfield, America’s Best Beef Contest, Jr. Chef Competition, Military Chef Cookoff with members of USO-Metro, and more. All contests are open to the public and will feature prizes, shopping sprees, and more. Or, sign up to be a judge and vote on your favorite recipes from home!

Giant Corks to Caps: The Giant Corks to Caps Experience will feature tips and information from beer, wine, and spirits brands including wine pairing techniques and the differences between popular beer varieties. Participants can also enjoy virtual beer and wine sampling with food pairings and check out recipes and informational videos from wine and microbrew experts.

In all Giant stores throughout the month of June, customers can scan QR codes on various display pieces to enter Giant’s BBQ Battle Summer Sweepstakes, where prizes range from free groceries for a year, gift cards and even BBQ grills perfect for entertaining right in your own backyard! More details can be found at www.bbqdc.com.

The Giant National Capital Barbecue Battle Virtual Experience is free to all. To learn more about the activities and to check out the schedule of events, visit www.bbqdc.com.

About Giant Food
This year, Giant Food is celebrating 85 years as a community grocery store. Since opening its first location on Georgia Ave. in Washington, DC in 1936, Giant has been an integral part of its customers’ lives and the communities it serves. Giant is committed to being a Better Neighbor and has designated four main giving pillars that address local Food Insecurity, Military Support, Pediatric Cancer Research and Social Equality. Giant is headquartered in Landover, Md. and operates 164 supermarkets in Virginia, Maryland, Delaware and the District of Columbia with approximately 20,000 associates. Included within the 164 stores are 152 full-service pharmacies, 82 full-service PNC Banks and 24 Starbucks locations. Giant fits all the ways today’s busy customers want to shop – whether in store or online. With 145 Giant Pickup locations and Giant Delivery available to all market areas in DC, MD, VA and DE, customers have even more convenient options right at their fingertips to get the best product and prices, whenever and however they want. For more information on Giant, visit: www.giantfood.com.

Home Videos The WORLD of WINE – Wine News. Cheap wine, tasting notes and cooking with wine The World of Wine – May 2021 … END_OF_DOCUMENT_TOKEN_TO_BE_REPLACED

How to visit Napa Valley on a Budget. In this video Carson and I explain a few ways to enjoy Napa on the cheap. Tip and advice about how to visit Napa … END_OF_DOCUMENT_TOKEN_TO_BE_REPLACED

Home Videos Get To Know Argentina Wine | Wine Folly If you love Malbec, Argentina is your ultimate wine region. But that’s not … END_OF_DOCUMENT_TOKEN_TO_BE_REPLACED