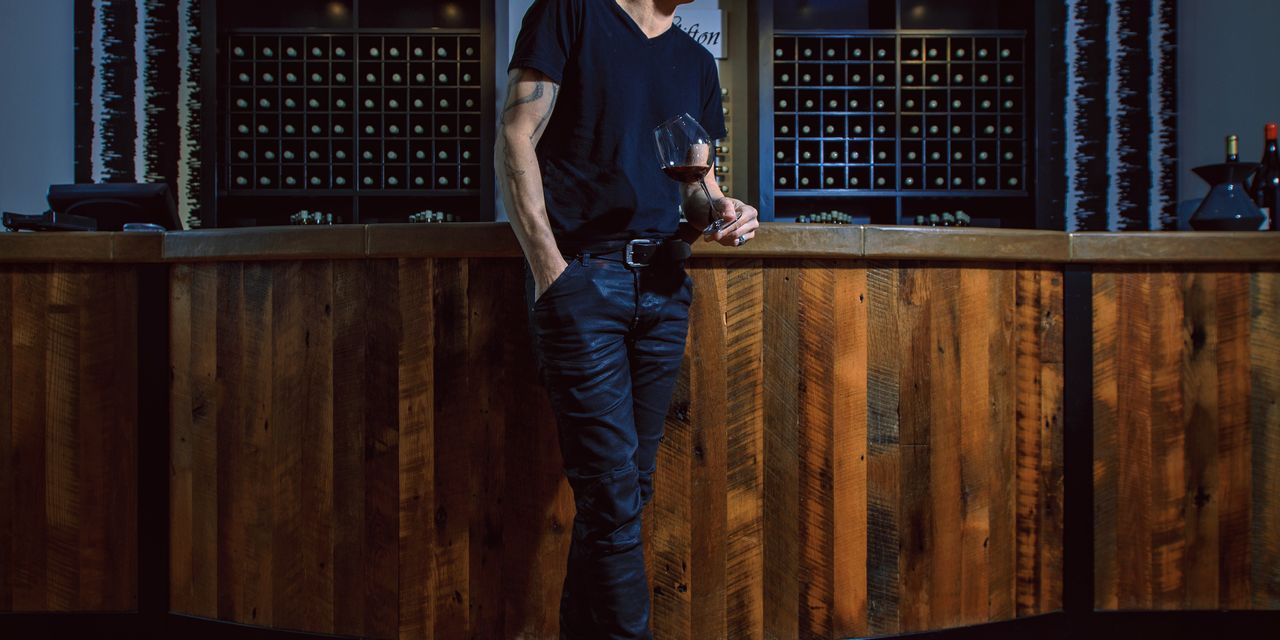 Greg Brewer
considers the accolade of being named Wine Enthusiast magazine’s 2020 winemaker of the year ultimately to be a recognition of the Santa Rita Hills appellation in California’s Santa Barbara County where he makes highly lauded Pinot Noir and Chardonnay.

Only 20 years old this year, the cold-climate appellation runs in a valley east-to-west where it catches cold breezes off the Pacific Ocean. Brewer and his then-partner
Steve Clifton,
co-founded their Brewer-Clifton winery only five years earlier, in 1996, and were among the founders of the appellation, helping to map and define its boundaries.

“It’s formative for who I am—I am this place,” Brewer says.

Brewer, 51, a self-described “latchkey kid” from Los Angeles, came into winemaking by chance after taking a job in the tasting room of Santa Barbara Winery while he was teaching French and getting a master’s degree in medieval French literature at the University of California, Santa Barbara. He abandoned that pursuit as he became entranced with wine and was given a shot to be assistant winemaker in 1992 under
Bruce McGuire
at the winery, even though, as he says, he couldn’t even “siphon water out of a bucket.”

Brewer-Clifton’s Pinot Noir, made with minimal intervention and fermented predominately with whole clusters of grapes, and its Diatom-label Chardonnays, picked at night and fermented in stainless steel without oak, have garnered critical praise over the years, getting a boost early in their history from the region’s growing prominence. That also owes something to the 2004 movie Sideways, which takes place in Santa Barbara County and puts Pinot Noir on a pedestal.

Jackson Family Wines bought the producer in May 2017, and Brewer stayed on as winemaker. He recently spoke with Penta about how he gravitated to wine, Santa Rita Hills, and his approach to wine making.

Greg Brewer: I’ve only worked here—there’s a type of devotion. When one espouses oneself to another person, you have confidence in that person and you can surrender to that person and the value of the respective relationship increases once that commitment has been forged and galvanized. For me and Santa Rita, it’s very much that. The first winery where I started in the tasting room, their vineyards are in this area. I’ve become a tattered part of the quilt work here, historically.

It’s a great juxtaposition of circumstance. We’re in the southern part of California, so our weather is incredibly stable. Up where the wineries are is a different voice of the Pacific—it’s colder, more rugged, more savage. The ocean is no joke in how it can inform the immediate surrounding environment. You’ve got this steady climate of southern California matched with this cold, cold, cold Pacific that we are breathing in because our valleys are oriented very atypically east to west. It’s a predictably cool environment which gives me the opportunity to raise wines in a very vulnerable, raw, naked way, much like that ideal partnership would enjoy.

How did you get started in winemaking?

I got this tasting room job. I loved the educational aspect—sharing wine and fielding questions and putting people more at ease with wine. I was this
uber
employee, doing extra shifts. I did some work during harvest—shoveling out tanks or bins on the days I wasn’t teaching that fall (of ’91). [There was] a point when I knew the assistant winemaker was leaving. I was disenchanted with grad school—medieval French lit when you are 21 is not that cool! I asked Bruce [about the position, saying], “you know how little experience I have. It would be the opportunity of a lifetime.” He knew my work ethic and my enthusiasm was certainly there. He gave me a shot. I owe him the world. It was a relatively big place and I really had no business having a job like that.

How did Brewer-Clifton come to be?

I met Steve Clifton in 1995 and we became fast friends and came up with the idea of Brewer-Clifton. We were very aligned in how we wanted to approach it—going for something very specific and a little bit unique and based on this area that was yet defined, but we felt good here. We saved up US$12,000 and started this business.

At the beginning we used Santa Barbara Winery’s facilities. They allowed us to have 10 barrels, and we started the winery there. We were very guerrilla in how we sold it—it reminded me of rock bands in the ’80s: selling cassettes out of your car or staple-gunning flyers to lamposts. We were delivering up and down the state ourselves—a fun thing you can do in your 20s.

We always knew we would anchor down in this stretch of land. But there weren’t many vineyards. Some people would start to plant then, in the mid-’90s. So we’d secure a half-acre here or half-acre there—that’s all we could afford—with different growers. In ’97 or ’98 about 14 of us got together and began mapping the appellation and putting the petition together. That was going on while we were slowly growing and as these vineyards were coming into production.

At the same time I designed a winery called Melville, I was the winemaker there (until 2015).

In 2001, the government granted us the appellation. We got some nice media attention at the same time. It was an interesting perfect storm of timing. Then that movie (Sideways) dropped, and the awareness for Santa Barbara and our area and Pinot Noir swelled even more. That got a lot of us up to a different playing field. They were very fortunate circumstances—I don’t take them for granted.

You make wines that convey the land, the place. How?

That’s everything to me. For me, it’s a luxury being in the area where I am. I’m a short-term steward of this product—I’m not making anything. We avoid the pronoun “I.” That neutralizes the type of importance that otherwise would be placed on me.

The wines are raised the same—in a non-judgmental, no bias, no prejudice, need-blind way—vintage to vintage, section to section, block to block, clone to clone, year over year. That [also] minimizes my importance. Yes, there’s protocol. We’re getting from juice to wine. We’re careful. [But] wine has been around for a billion years, like fire and water. It’s barbaric and primitive. It’s not like we are making anything. Fruit comes in and it’s stewarded and shepherded along. But everything is neutral and everything is the same. In Diatom, it’s all in stainless steel and with Brewer-Clifton [Pinot Noir], it’s all very old barrels. More importantly, it’s the same. Because of that it helps to lessen my role, lessen my importance. It’s an ability to embolden the place as a result, because it’s more important.

Economic sustainability is important and sometimes overlooked in our business. But then also, from an aesthetic standpoint, there’s a culture and ethos in the winery. It’s very serene and exacting. It’s simplistic, it’s freakishly simplistic. It’s like slicing and plating raw fish. That’s the premise of everything.

This interview has been edited for length and clarity.

Home Videos The WORLD of WINE – Wine News. Cheap wine, tasting notes and cooking with wine The World of Wine – May 2021 … END_OF_DOCUMENT_TOKEN_TO_BE_REPLACED

How to visit Napa Valley on a Budget. In this video Carson and I explain a few ways to enjoy Napa on the cheap. Tip and advice about how to visit Napa … END_OF_DOCUMENT_TOKEN_TO_BE_REPLACED

Home Videos Get To Know Argentina Wine | Wine Folly If you love Malbec, Argentina is your ultimate wine region. But that’s not … END_OF_DOCUMENT_TOKEN_TO_BE_REPLACED