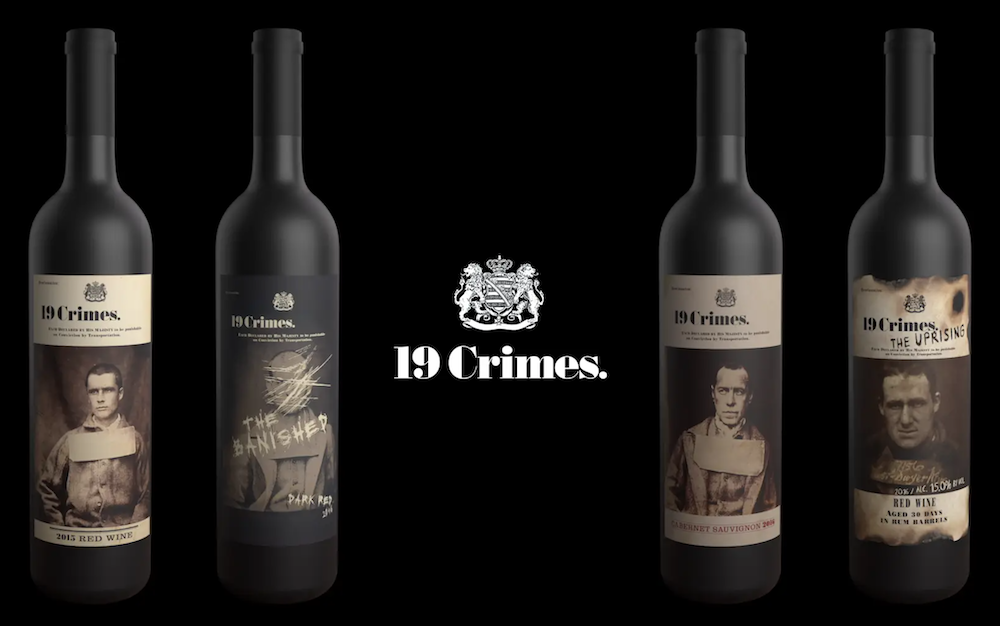 Since their first success in reinventing the category with its “Living Wine Labels” app, 19 Crimes wines, and immersive creative and production studio, Tactic have continued to push for new and different ways to expand the boundaries of augmented reality storytelling. Now, in collaboration with Metastage studio, using Microsoft’s volumetric capture technology, the team continues to revolutionize with an all new AR experience on its wine labels — starring real actors portraying scenes featuring 19 Crimes’ iconic rebel John O’Reilly.

“Since the beginning of our partnership, we’ve always counted on Tactic to deliver next-level AR,” says Ming Alterman, 19 Crimes Director of Digital Performance and Partnership. “Now, AR is a part of the DNA of 19 Crimes and our loyal fans expect us to show them something new and innovative. This experience delivers on that promise.”

This new 19 Crimes experience on the wine labels marks an industry first in the use of volumetric capture technology — transforming the bottle into various historical landmarks based on true accounts of John O’Reilly’s remarkable story. Broken into four parts, the scenes depict the harrowing tale of O’Reilly’s sentencing, imprisonment, escape and journey aboard a prison ship to Australia. Users can download the “Living Wine Labels” app and activate each scene by holding their mobile devices over the four supported bottles: Red Wine, Cabernet Sauvignon, The Uprising, and The Banished.

“O’Reilly’s story is larger than life and the project was originally conceived as short films by the 19 Crimes wines team,” explains Tactic President Peter Oberdorfer. “The challenge of bringing that cinematic feel to these stories pushed us and led to an entirely new, creative solution using live actors captured as volumetric footage at the Metastage facility in Los Angeles.”

Metastage is an official partner of Microsoft’s Mixed Reality Capture Studios, with capabilities that allow a virtual camera (or viewer) to move around live performers at will — creating content that can be used in everything from games and movie-like experiences to education and training. Tactic used these facilities to live capture the actors in costume, which were later mixed with computer generated set pieces. While shot during the pandemic, Metastage made the creative process, from planning the shoot to the production itself, very seamless — even under unprecedented circumstances.

“The process is similar to the original Matrix films,” notes Oberdorfer. An array of cameras around the stage records the actors from all sides, and then the resulting data is combined to create a 3D geometry mesh of each actor, per frame, using photogrammetry and location estimation. This uses a combination of optical and depth sensing sensors and software to accomplish, and is very bandwidth intensive. The resulting data, however, is compact enough to be encoded on a standard file, and can play on a mobile device.

Building on the wildly successful launch of 19 Crimes Snoop Cali Red, this latest exploration creates a richer narrative but opens new avenues of AR production. “When we created previous augmented reality label experiences, we used CGI characters and keyframe animations,” says Oberdorfer.  “By using volume capture, we can record real actors, in costume, allowing us to leverage the nuances of a real live performance. As mobile technology moves into 5G networks, and audiences can more easily stream these experiences via the web, we see this new approach opening up all kinds of exciting possibilities. This is only the beginning.”

Home Videos The WORLD of WINE – Wine News. Cheap wine, tasting notes and cooking with wine The World of Wine – May 2021 … END_OF_DOCUMENT_TOKEN_TO_BE_REPLACED

How to visit Napa Valley on a Budget. In this video Carson and I explain a few ways to enjoy Napa on the cheap. Tip and advice about how to visit Napa … END_OF_DOCUMENT_TOKEN_TO_BE_REPLACED

Home Videos Get To Know Argentina Wine | Wine Folly If you love Malbec, Argentina is your ultimate wine region. But that’s not … END_OF_DOCUMENT_TOKEN_TO_BE_REPLACED