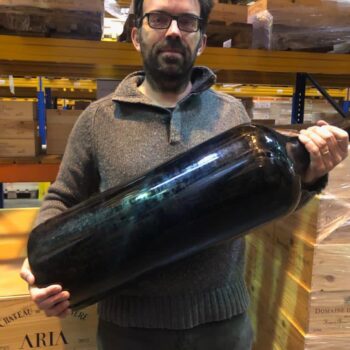 
An 18 litre bottle of Liber Pater 2011, producer of the world’s most expensive wine, has been sold by wine investment firm Oeno to a private client for an undisclosed sum. 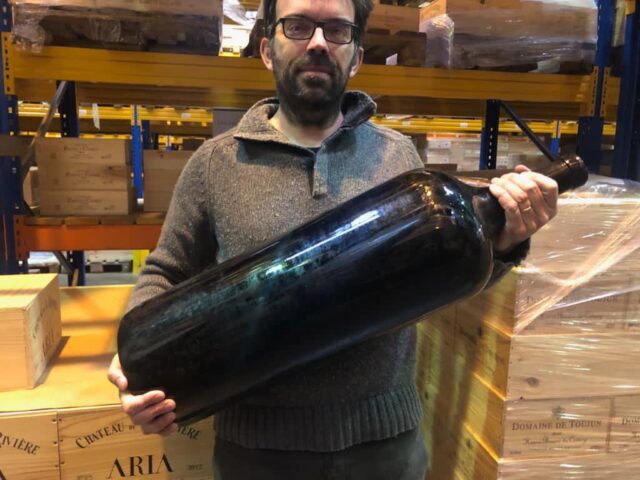 Loïc Pasquet with the 18 litre bottle of Liber Pater 2011, which was recently sold by Oeno to a private client

Oeno has been the exclusive UK partner for boutique Bordeaux producer Liber Pater since 2018. Run by Loïc Pasquet in the Graves appellation, Liber Pater has achieved cult status as one of the rarest and most sought-after wines on the market with a devoted, high-paying following. 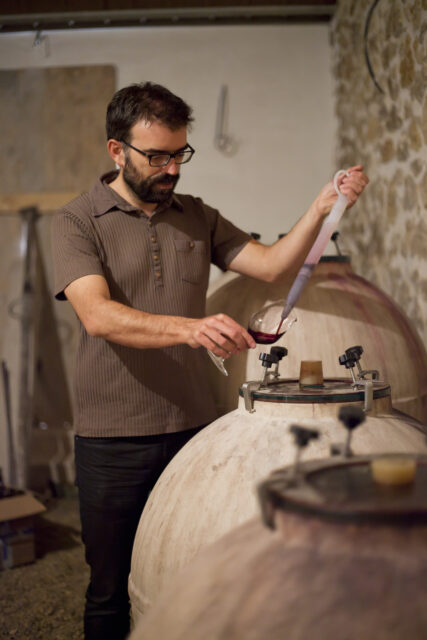 The entire vineyard surface covers just 2.5ha, maxing out at around 1,200 bottles at most a year. Pasquet uses rare ancient grape varieties such as Castets, Tarney-Coulant and Pardotte, and farming methods, making distinct wines that taste like the claret made in 1855, when the region was originally demarcated and pre-phylloxera.

When Pasquet bottled his 2011 vintage in 2015, he set aside enough for three 18 litre bottles. The idea was to keep two of them as gifts for his daughters when they came of age, and to sell one bottle to a collector, which he did soon after.

Oeno acquired one of the two remaining 18-liter bottles, which it recently sold to a private client for an undisclosed sum. The wine, pictured, has yet to be labelled.

It is the first vintage released thus far made with the pre-Phylloxera varieties. The cuvée was vinified in clay vessels with a two-month maceration and then aged for a further two-and-a-half years. The wine did not see any oak.

The rare drop was released in batches of six to no more than 18 per export market. Just 550 bottles of the 2015 vintage were produced.

Home Videos The WORLD of WINE – Wine News. Cheap wine, tasting notes and cooking with wine The World of Wine – May 2021 … END_OF_DOCUMENT_TOKEN_TO_BE_REPLACED

How to visit Napa Valley on a Budget. In this video Carson and I explain a few ways to enjoy Napa on the cheap. Tip and advice about how to visit Napa … END_OF_DOCUMENT_TOKEN_TO_BE_REPLACED

Home Videos Get To Know Argentina Wine | Wine Folly If you love Malbec, Argentina is your ultimate wine region. But that’s not … END_OF_DOCUMENT_TOKEN_TO_BE_REPLACED