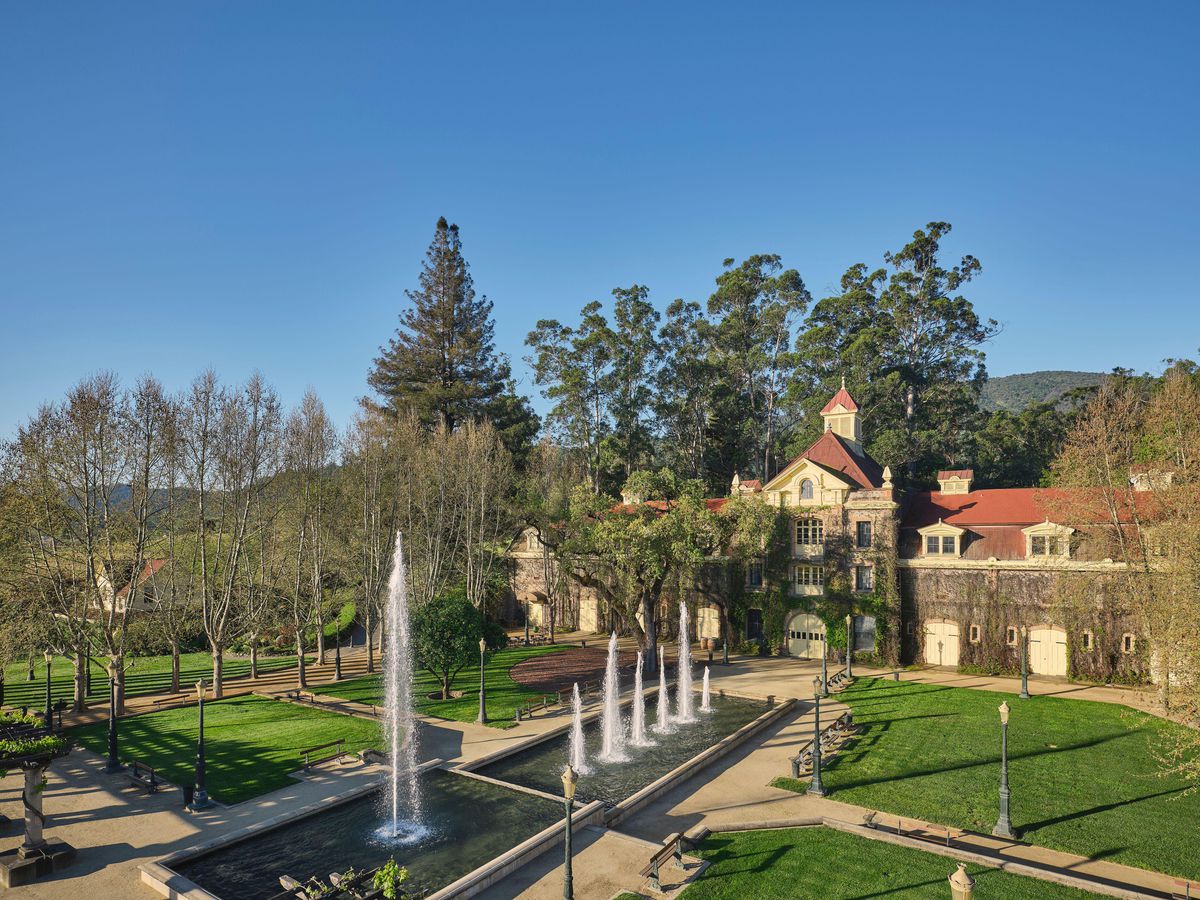 2011 marked Corison Winery’s 25th anniversary vintage, a growing season that founder and winemaker Cathy Corison calls “cool from start to finish” with rain in her Napa Valley vineyards in May and June. It was a small harvest, which chilly weather delayed by three weeks, one that was saved by warm conditions in mid-October.

“It scared me to death,” says Corison. “I thought I was facing down the possibility of the loss of an entire vintage.” But that didn’t happen. Her bench vineyards—arranged on alluvial fans of gravelly loam—can hold water “when they need to, but the vines can get busy and start ripening the grapes,” on the other hand, according to Corison.

She says that the grapes matured that year “slowly but surely, with ripeness nonetheless.” The products of a long, cool season in her vineyards are wines that are inky and complex with natural acidity, including 2011 Kronos Vineyard Cabernet Sauvignon, as well as 2011 Napa Valley Cabernet Sauvignon. “They can grace the table and enjoy a long, interesting life,” says Corison.

Elsewhere in California, Paul Draper of Ridge Vineyards recalls cool temperatures in Monte Bello Vineyard in the Santa Cruz Mountains. He says 2010 and 2011 were the coolest years there since 1942 and 1943. In his career he’d experienced nothing that cold, and knew he was “dealing with something different.” Like Corison, he recalls a cool summer that led into a warm up in October, followed by a November harvest.

“The grapes were all in beautiful condition, but they were long and slow, but otherwise ending up like a normal vintage,” says Draper. He says that his team had to “use selection rather than winemaking” to determine both 2011 Estate Cabernet Sauvignon and 2011 Monte Bello. He says that both wines are now “showing beautifully,” but that they both have at least ten more years of life ahead in the bottle. The Monte Bello, Draper advises, will sing even at 30 years “because of the structure.”

2011 was an interesting year for Napa icon Inglenook, the year that Francis Ford Coppola hired Philippe Bascaules. At the time, Bascaules was the estate director of Château Margaux, but Coppola attracted him to Napa and hired him as Inglenook’s general manager. (He’s since resumed working with Château Margaux while also serving at director of winemaking at Inglenook.) He says that Bascaules came to Napa with “the most wonderful attitude” and that he was “undaunted” by the cool and wet challenge of 2011, compared to the conditions he was accustomed to in Bordeaux.

“I was a rebel,” Coppola says. “Less alcohol, freshness—not big, jammy or aggressive.” He communicated this to Bascaules and was wowed by the vintage: “2011 was it.” He says it still remains one of his most treasured releases for both Rubicon—the estate’s flagship wine from Rutherford—and the Napa Valley Cabernet Sauvignon.

He says the conditions actually supported his vision of a balanced, complex wine—even if the critics and vintage charts had doubts. “You have to close your eyes and say ‘I don’t care about scores.’ It’s not about scores,” says Coppola. “I worry that the need to get a good score determines the style that a wine must be.”

2011 was also the year that the Coppola family was able to acquire Inglenook’s legendary name and trademark. “2011 was the vintage that brings it all together,” says Coppola.

Eric Asimov, chief wine critic for The New York Times
, recalls that 2011 was given the worst rating of the last two decades in Wine Spectator. “It’s hard to generalize because every farmer, every winemaker, takes a different approach.” He says that as viticulture has improved, every vintage offers the opportunity to make great wine.

For some younger growers and winemakers in otherwise sunny California, 2011 could have been the first and only cool and rainy vintage they experienced. “I don’t know if there’s been another year like 2011 since then,” says Asimov.

Though all accounts of the vintage include the hardships that Mother Nature (and in some cases, lackluster press) spread across the vineyards, Corison, Draper and Coppola speak fondly of the wines that they were able produce.

Though he felt 2011 “had been a little damned,” Coppola contends that the resulting vintage is one of his “favorites.”

“We were worried because of the bad press [for the vintage] but didn’t have as much trouble selling it as we feared,” says Corison.

Like Corison, Ridge also has a loyal following. “2011 will sell,” says Draper. “We know it will.”

Home Videos The WORLD of WINE – Wine News. Cheap wine, tasting notes and cooking with wine The World of Wine – May 2021 … END_OF_DOCUMENT_TOKEN_TO_BE_REPLACED

How to visit Napa Valley on a Budget. In this video Carson and I explain a few ways to enjoy Napa on the cheap. Tip and advice about how to visit Napa … END_OF_DOCUMENT_TOKEN_TO_BE_REPLACED

Home Videos Get To Know Argentina Wine | Wine Folly If you love Malbec, Argentina is your ultimate wine region. But that’s not … END_OF_DOCUMENT_TOKEN_TO_BE_REPLACED