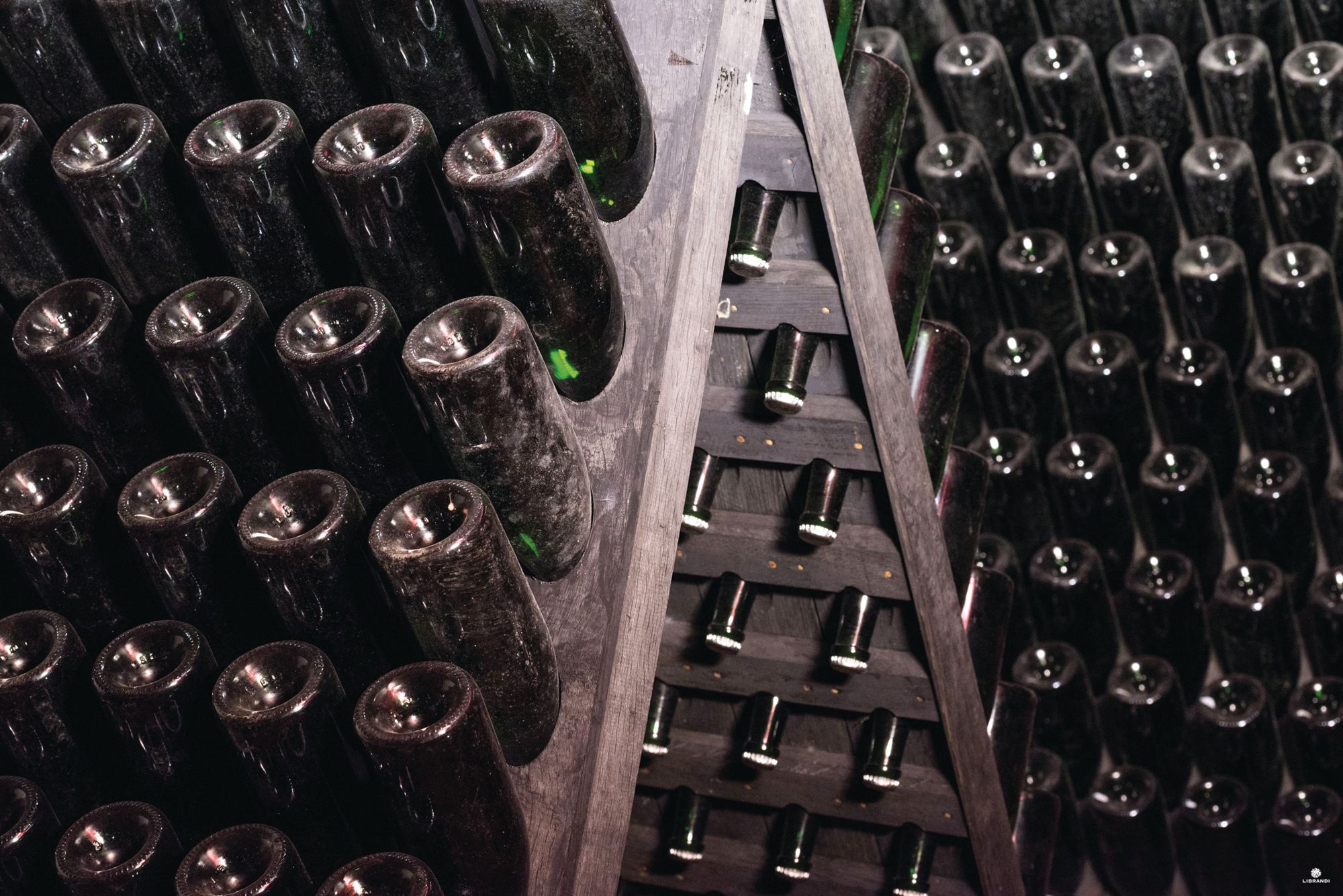 Italy’s traditionally localised approach to winemaking has resulted in a rich tapestry of cherished vineyards, but their fierce independence also makes them uniquely vulnerable today. Our resident wine expert pays tribute to a nation under siege

The Covid-19 crisis has affected an unthinkably broad swathe of the planet, but it has been especially cruel to Italy. For anyone whose passions include art, fashion, culture or cuisine, Italy is not just a nation, but also an idea that is suffused with romance, even for people who’ve never been to the country and may never get to go. Though I would never suggest that one person’s suffering is more important than another’s, Italy’s symbolic potency is such that when its heart breaks, so do hearts around the world. As a person whose life and work is intimately bound with Italy—I fell in love with wine while working there over a decade ago—mine is shattered.

The long-term cultural, social and economic effects of this virus—as everywhere—loom ominously on the horizon. A particular cruelty is that it seems to penalise some of the most admirable features of every society—in Italy those include the tendency for young and old to socialise and cohabit, and the generous sharing of food, drink and affectionate hugs and kisses. A perhaps inevitable casualty of the crisis will be that consummate achievement of civilisation known as the aperitivo, a buffet meal of small snacks that bars commonly offer their patrons gratis.

A major challenge for the Italian wine industry is that, apart from a few prominent giants, what makes the Italian wine landscape endlessly fascinating is its individuality and fragmentation. Small land holders, small businesses and tiny productions of virtually forgotten grape varieties give Italian wine characteristics unlike those produced anywhere else in the world. However, small businesses are most susceptible to failure when cashflow is tight and supply chains fracture.

See also: 5 Red Wines That Are Perfect For A Lazy Summer Evening

Italy has long been both defined and challenged by its heterogeneity. The phenomenon known in the country as campanilismo—a sense of hometown pride symbolised by the campanile or bell tower—has held sway since the dissolution of the Roman empire. With it comes a certain wariness of venturing too far into the ways of the outside world, but at the same time a fierce pride and drive to demonstrate a region’s superiority. As such, Italy’s intense localism has been a boon for the development and preservation of idiosyncratic, characterful styles of cuisine, art and wine.

Diversity has made Italian wines extremely popular in markets that are driven by novelty, including the US, parts of Scandinavia and Australia, where being different is often almost more important than being good (of course, some Italian wines are remarkable). But so much variety has been a hindrance in markets driven by prestige, like most in Asia, with the exception of Japan, where consumers are inclined to seek out the very best that they can afford and may be bewildered by the cacophony of Italian dialects each insisting they are the best.

Some first-tier cities in China are showing glimmers of interest for the most prestigious Italian wines like Barolo, Barbaresco, Brunello and the Super Tuscans. These wines, I believe, are most likely to bring new converts throughout Asia. In fact, I participated in an auction by the house Gelardini + Romani in May promoting the benchmark wines of Italy like Sassicaia, Masseto, Gran Bussia, Biondi Santi Brunello Riserva, Giacosa Rocche del Falletto and Le Pergole Torte, for which I created limited editions of six specially commissioned Visual Tasting Notes, a series of artworks I create that visually represent my impressions of wines, which I continue to sell to raise funds to support Italian hospital workers.

But, in my view, the key foot soldiers in the battle to keep the Italian wine industry vibrantly alive are its regional ones. Among reds alone, the variations are endless. The floral ruché and lacrima varieties open a new axis in many wine lovers’ understanding of what red wines can be, as do the many sparkling versions like Lambrusco. Wines made from the uva di Troia grape of northern Puglia—one origin myth claims the grape was brought to the peninsula by escaping Trojans—have a finesse and precision arguably equal to much more famous wines from the north. The spectrum of aglianico wines from the south yields riches of bodily, lusty fragrance that seem to have been torn, still pulsating, from the bowels of the earth.

These are also the wines that risk losing potential audiences around the world as people remain unable to travel or unwilling to take a risk on a bottle without the necessary context. In Asia, we are lucky that a longstanding fascination with Italy and Italians’ longstanding fascination with us has meant that you can usually find some of Italy’s regional curios somewhere in every market, often the passion project of a local importer who visited Italy and became convinced by one of the many voices insisting, “No, we’re the best!” Italy’s wine cornucopia contains wealth beyond compare—it would be a tragedy of a different kind if, through the de-globalising drive of the coronavirus, we were to lose it.

This limited-production ruché wine—only 3,880 bottles were made—is a rare example of an aromatic-grape wine that is designed for extended ageing in bottle. (I have had examples from the Nineties that have retained their rose-petal perfume). This youthful example keeps its exotic payload of floral goodness tightly packed in a sleek, angular structure.

The world-famous nebbiolo grape of Barolo finds a more heady expression in this satiny single vineyard bottling from Gattinara in the upper part of Piemonte, or Piedmont in English. With a jellied, luscious texture amplified by big, plush cabbage roses and summer strawberries, this is almost overflowing with fragrance.

The Torrette wine of Valle d’Aosta is built mainly on the local petit rouge, a ruby-coloured, light-footed red that can be like catnip for the natural-wine lover. This one has a wholesomely rustic quality, with piercing, angular red fruit and thorny tannins that will happily lap up a plate of fatty cold cuts.

Tintilia, the treasured grape of Molise, the tiny mountainous region squished on the Adriatic coast between Puglia and Abruzzo, is dark and staining in its youth but gains in nuance and depth with maturity. Its crumpled, silky strawberry fruit is laced with soy, mushrooms and medicinal herbs, with relatively soft flesh buttressed by still-firm tannins.

See also: Drink Local: These Are The Top Wines In Asia Now

This biodynamically influenced property in Liguria has teased something extraordinary out of the local rossese grape grown at altitude (600m). It’s sometimes overly rustic in character, but this example manages to layer a lucent, shimmering glaze of tart cherry fruit over an earthy mix of dried sage and brothy savouriness. The nose is seductive with hints of torrone and dried sage.

This aglianico-based wine from Mount Vulture in Basilicata, one of Italy’s least wealthy regions, grumbles softly about the volcanic soils of its home. Smoky folds of leather become increasingly truffly, indulgent and mouthcoating, seeping into every corner of the brain with a maroon-fruited richness.

This uva di Troia wine is an unexpected triumph, starting sheer and lucid with a nice bright transparency. Its cleansing flow of acid and finely measured tannins define a tart centre of cherries, meaty soy and crisp dried leaves. It delights with a very fine, cedary finish.

Sagrantino is notoriously the most tannic black Italian grape in a very tannic field. Ten years on, this iconic bottling has a layered meatiness with strains of grip still dragging on the tongue but gradually revealing smoky tea, burning sage, mahogany and black fruit leather.

The lambrusco grape (actually a collection of varieties, but let’s not get too deep in the weeds) is thought to be one of Italy’s most ancient, domesticated from wild vines growing at the edges of the forest. This raspberry- and cinnamon-sprinkled pleasure will leave you wanting to pipe and frolic like a faun with its comparatively refined mouthful of red bubbles.

Home Videos The WORLD of WINE – Wine News. Cheap wine, tasting notes and cooking with wine The World of Wine – May 2021 … END_OF_DOCUMENT_TOKEN_TO_BE_REPLACED

How to visit Napa Valley on a Budget. In this video Carson and I explain a few ways to enjoy Napa on the cheap. Tip and advice about how to visit Napa … END_OF_DOCUMENT_TOKEN_TO_BE_REPLACED

Home Videos Get To Know Argentina Wine | Wine Folly If you love Malbec, Argentina is your ultimate wine region. But that’s not … END_OF_DOCUMENT_TOKEN_TO_BE_REPLACED