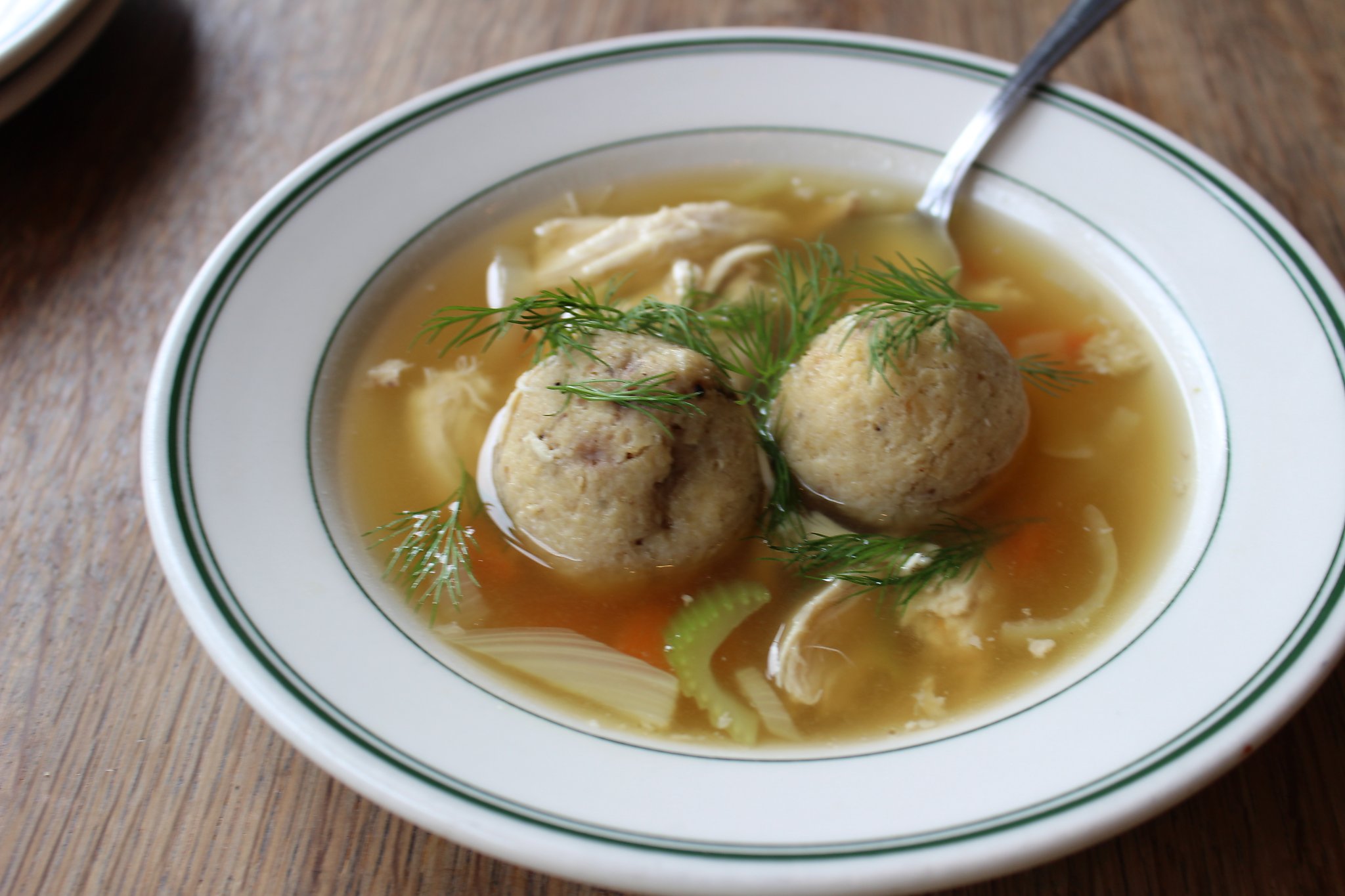 For many Bay Area families, Passover is the first holiday they’ll celebrate twice during the pandemic. This time around, though, Bay Area restaurants are far more accustomed to creating — and packaging — special holiday meals for takeout.

Passover, which celebrates the liberation of Jewish people in Egypt, starts Saturday, March 27 and ends on Sunday, April 4. While local community groups are hosting outdoor and virtual events, restaurants are stepping in to supply smaller family gatherings with traditional dishes like matzo ball soup, brisket and flourless macaroons — during Passover, people must avoid leavened grains and wheat is only allowed in the form of matzo.

For some restaurants, deadlines to pre-order for the main event on Saturday are rapidly approaching, while others plan to continue serving specials through the week. Most options are designed for takeout and delivery with some reheating required at home, and several of these restaurants are offering pick-ups or deliveries in multiple regions. A couple of spots are also serving Passover dishes for indoor and outdoor dining.

Here are 10 Bay Area restaurants ready to help you plan your Passover celebrations:

Castro Spanish restaurant Canela is preparing a four-course Passover meal ($59 per person) with optional extras like braised lamb shank ($22) and a wine pairing dubbed “Elijah’s 4 Glasses to Redemption” ($44). The most basic menu, though, includes a choice of entree — fish or duck — and a traditional trio of starters with apple-pecan charoset, egg salad and horseradish dip with crudites. Meal kit delivery throughout the entire Bay Area is also available via Feastin.

Vegetarians and meat-eaters should be equally pleased by the family-style Passover meals at San Francisco Cal-Italian spot Che Fico. The meat menu ($200 for four) includes matzo ball soup, two salads, braised brisket and sides. The vegetarian menu starts similarly, then diverges for the main with cheesy stuffed peppers. Both come with red wine or a non-alcoholic beverage, and a gluten-free tangelo-almond cake can be added for $35.

Floodwater, a hip bar in Marin County, is prepping a five-course meal ($70 per person) starring gefilte fish made with local rock cod, roasted brisket with potato kugel and fun sweets like white chocolate matcha macarons. A la carte extras like charoset ($12) and essentials for the seder plate ($12) are also available.

Marla — a popular bakery that recently moved from San Francisco to Windsor — is offering a five-course meal kit ($100) that feeds two. It includes matzo ball soup, salad, roasted asparagus, potato kugel and smoked brisket topped with a matzo crumble. For dessert, add a flourless chocolate torte spiked with candied orange ($40) or chocolate-dipped macaroons ($12). San Francisco fans don’t have to drive to Windsor though: Marla will also bring pre-ordered meals to the Ferry Plaza Farmers Market on March 27 and the Clement Street Farmers Market on March 28.

A reliable spot for holiday celebrations, San Francisco’s One Market is offering a four-course dinner ($59 per adult, $29 per child) throughout Passover. It starts with matzo ball soup, moves onto pickled salmon and 12-hour smoked beef brisket, and ends with flourless chocolate cake. And, of course, there’s matzo.

This Israeli mini-chain’s Passover feast ($75 per person) is available for pick-up and delivery in much of the Bay Area. Each person gets to choose a main course — brisket, apricot chicken or grilled vegetables — and will also receive eight other dishes, including mazto ball soup, gefilte fish, Moroccan carrots and chocolate mousse. Meals also come with a traditional seder plate with matzo, and smaller versions for kids are available for $20. In addition to the restaurant’s brick-and-mortar locations, it will pop up in Mill Valley, Piedmont and Lafayette through SF2Bay.

Matzo ball soup, roasted chicken and horseradish aioli-topped beets are on offer as part of this San Francisco upscale Italian spot’s Passover dinner. The three-course meal ($78 for two) is available for takeout and delivery, though certain items will also appear as a la carte Passover specials on the menu for indoor and outdoor dining throughout the holiday.

The Stoll family’s matzo ball soup has a a huge annual following for its clean-tasting chicken broth and walnut-stuffed matzo balls — and once again the Pizzeria Delfina team is ready to feed the masses. The restaurant’s locations in San Francisco and on the Peninsula will sell the soup frozen by the quart ($18) and half-gallon ($34) through the holiday. Marin County fans can also find it during Pizzeria Delfina’s Saturday pop-ups in Mill Valley through SF2Bay.

This long-running Berkeley deli is ready to help, whether your family wants a full-blown meal or just the essentials for the seder plate, such as a roasted lamb bone with bitter herb and egg ($6). Main attractions include braised brisket tsimmes with prunes ($34 for up to three) and braised chicken with dukkah and apricot ($28 for up to three). There are also several desserts, including matzo kugel ($16) layered with toasted coconut and dried fruit.

The Bay Area’s biggest Jewish deli is offering a full-blown meal kit ($132 for four) with roasted brisket, potato kugel, matzo ball soup, coconut macaroons and other holiday staples, but Wise Sons also has a lengthy a la carte menu for those who’d rather mix and match. All the necessary items for the ceremonial seder plate arrive as a kit ($17) alongside other options like matzo coated in chocolate and caramel ($9), gefilte fish ($18) and roasted chicken with salsa verde ($15). In addition to serving out of Wise Sons’ locations, the restaurant will hold pop-ups in Berkeley, Danville, Ladera, Los Gatos, Palo Alto, San Rafael, Sonoma and Walnut Creek.

Pre-order by noon two days prior for pick-up and delivery March 26-April 4. Locations in San Francisco and Oakland. wisesonsdeli.com/passover

Home Videos The WORLD of WINE – Wine News. Cheap wine, tasting notes and cooking with wine The World of Wine – May 2021 … END_OF_DOCUMENT_TOKEN_TO_BE_REPLACED

How to visit Napa Valley on a Budget. In this video Carson and I explain a few ways to enjoy Napa on the cheap. Tip and advice about how to visit Napa … END_OF_DOCUMENT_TOKEN_TO_BE_REPLACED

Home Videos Get To Know Argentina Wine | Wine Folly If you love Malbec, Argentina is your ultimate wine region. But that’s not … END_OF_DOCUMENT_TOKEN_TO_BE_REPLACED